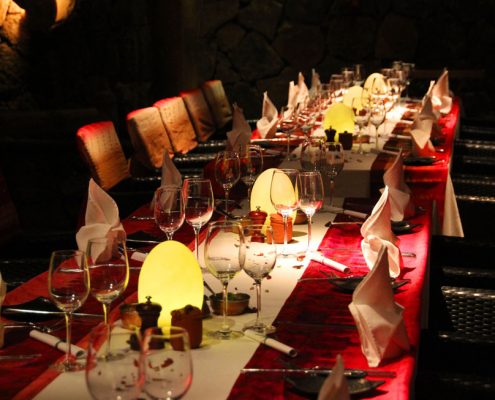 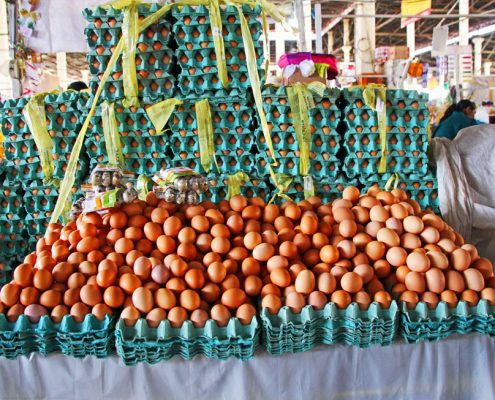 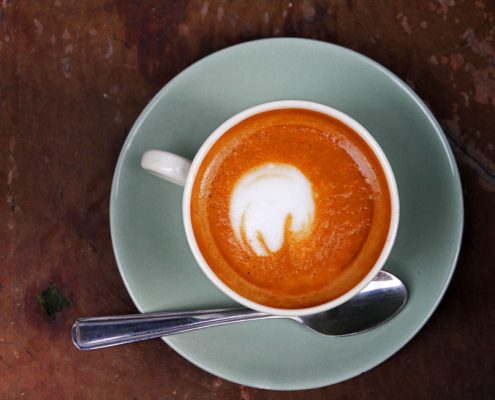 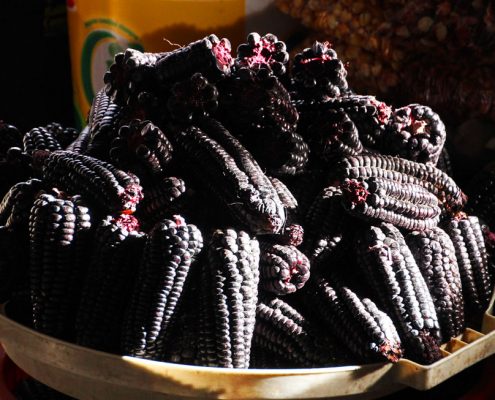 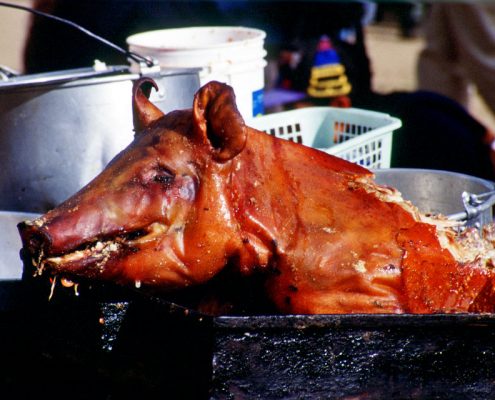 Ivory Coast: have some chitoum – dried out beetles – as a crunchy snack

Ghana: you won’t escape without trying fufu, the local staple, made from cassava, yams or plantains

Tunisia: branch out with brik (a deep fried pastry), chermoula (a marinade for fish) and lablabi (a delicious chickpea dish).

Morocco: eat your fill of harira, tagine and couscous

Bahamas: make sure to have a bowl of conch chowder with fritters

Grenada: the national dish is oil-down, a stew filled to the brim with salted meat, breadfruit, dumplings, callaloo and seasonal vegetables, braised in coconut milk

Jamaica: it’s got to be jerk chicken followed by a pile of ackee, a sweet local fruit similar to a lychee

Tahiti: sugary firifiri (doughnuts shaped in a figure of eight) and uru (breadfruit) cooked in a traditional underground oven

Finland: here you must try lappkok, a dumpling made from reindeer blood and rye flour

Poland: for the boldest among you there are nozki, jellied pigs’ trotters

Russia: ikra is a type of caviar, not easy on the pocket, but delicious, or there are pelmeni dumplings for those looking to save

Italy: stracotto d’asino is a stew made from donkey

France: tete de veau is a traditional dish made from calf brains

Greece: kokoretsi is lamb or goat intestines wrapped around seasoned offal, served on a skewer

Belize: gibnut is a large rodent that tastes like rabbit, usually washed down with a seaweed shake

Costa Rica: don’t miss out on spicy chimichurri sauce and chorreadas, a kind of corn pancake

Argentina: nothing beats a simple parillada – the best of barbecued meats

Bolivia: try salteñas washed down with chicha, a drink made from fermenting corn whose production dates back to the Inca empire

Brazil: feijoada is a slow cooked stew of meat, beans and vegetables, plus the unmissable caipirinha cocktail

Colombia: the brave among you ought to try hormigas culonas – big bottomed ants – roasted in ceramic pans

Ecuador: you can’t not try cuy – guinea pig – with a side serving of llapingachos, potato patties.

Peru: all must eat papa a la Huancaina, sliced potatoes in a spicy yellow sauce

Venezuela: pabellon criollo is the national dish, a stew of shredded beef with refried black beans, fried plantain and cheese

Lebanon: it’s got to be tabbouleh – a woman’s skill as a cook is often judged by her preparation of this salad made from cracked wheat and herbs

Oman: if you’re there for a festive occasion you may be lucky enough to try shuwa, a whole cow or goat wrapped in sacks made from dry leaves and roasted in a special underground oven

Japan: you can’t miss sashimi, sliced raw fish of the most exquisite quality

Korea: for the brave among you: bemju is an alchoholic drink made by infusing whole snakes in rice wine

China: doufulu is a type of fermented tofu with a red skin and salty taste. A real delicacy, it is often pickled with soy beans and chilli.

India: the King of curries, the spiciest of dishes, a vindaloo is not to be taken lightly. Made with copius bhut jolokia chillies, it is considered one of the hottest dishes in the world.

Tibet: infamously worth its weight in gold, the caterpillar-like fungus called yartsa gunbu is found on fertile high alpine meadows and, when stewed in a soup or drunk as a tea, purportedly has miraculous medicinal and libidinous power.

Sri Lanka: soothe any chilli-overloaded tastebuds with kiribath, a simple but exquisite dish made from rice and coconut milk and commonly served for breakfast

Indonesia: bubur sumsum is a kind of black rice pudding flavoured with coconut milk, palm sugar and randan leaves, served hot and syrupy as a desert or snack

Malaysia: one of the country’s most popular dishes, oyster omelettes are a must

Laos: for an unusual spin on the traditional English bangers and mash, try the Lao sausage, filled with rice and meat, and left out for a few days to sour and ferment, giving it a distinct flavour.

Philippines: a balut is a semi-developed duck embryo which is boiled alive and eaten in the shell, often seasoned with chilli, garlic and vinegar. It is commonly sold as streetfood with a beer on the side.