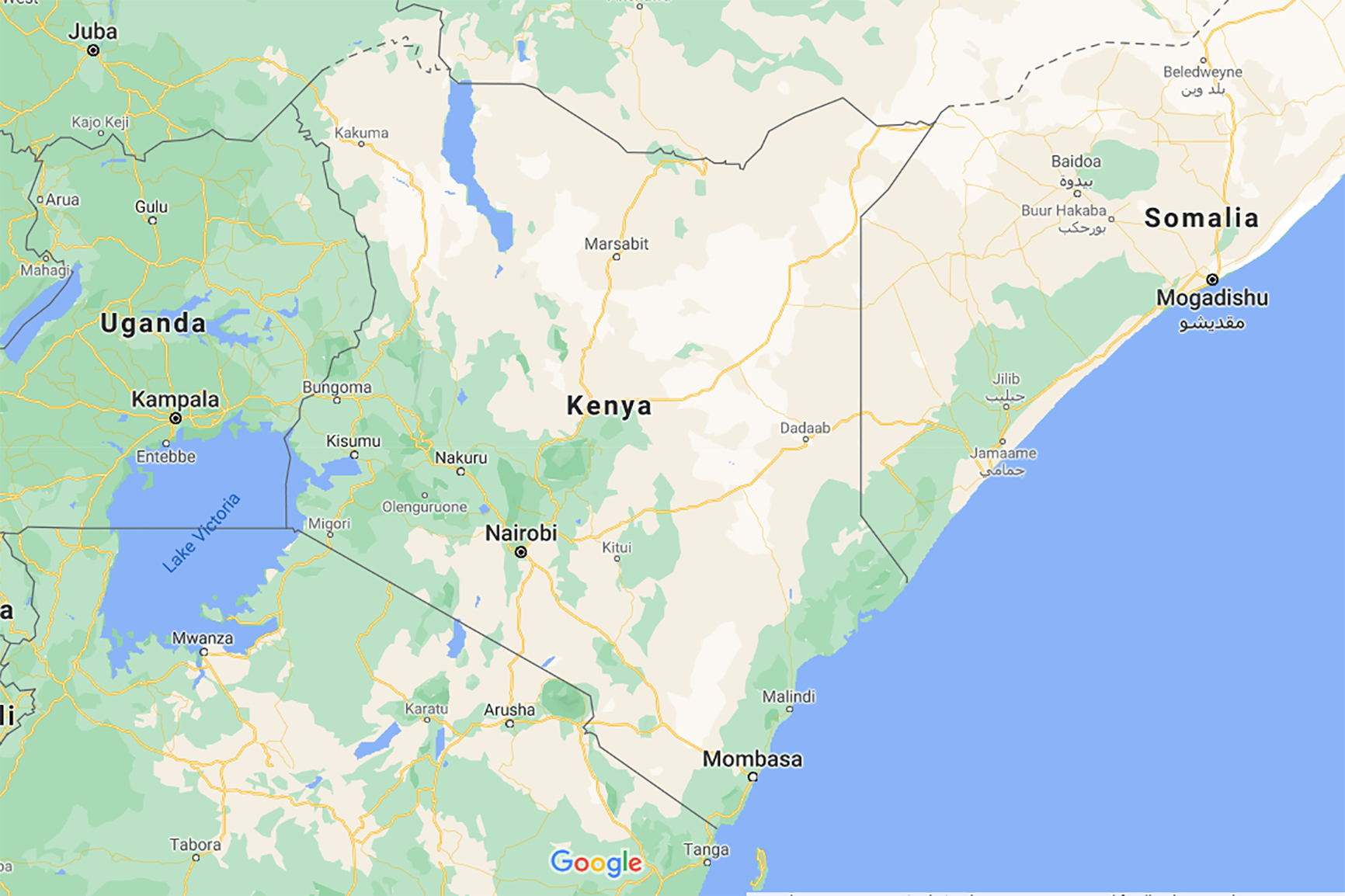 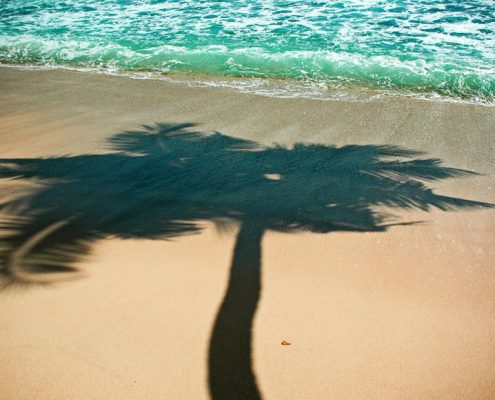 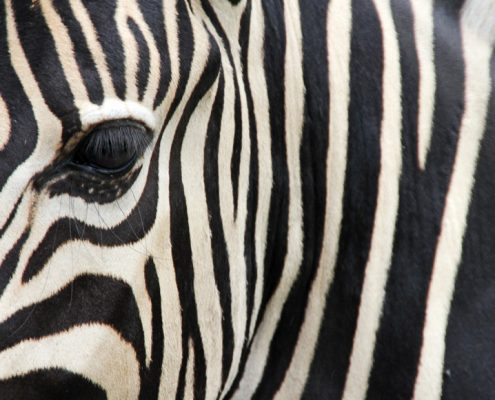 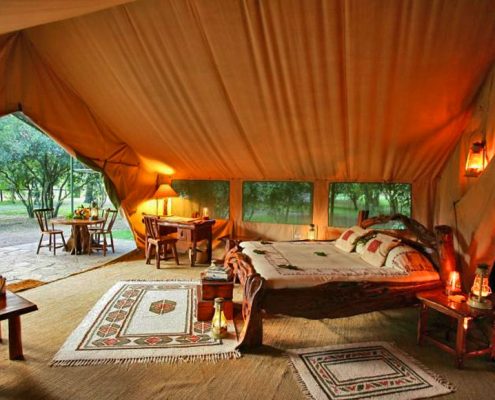 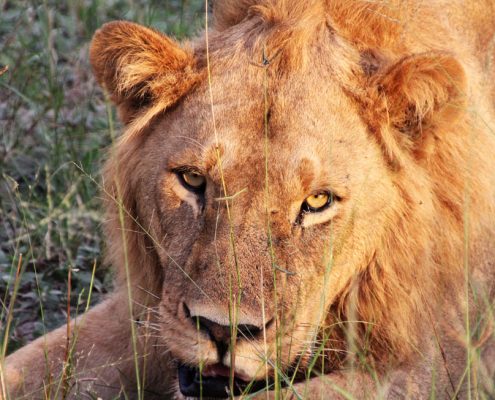 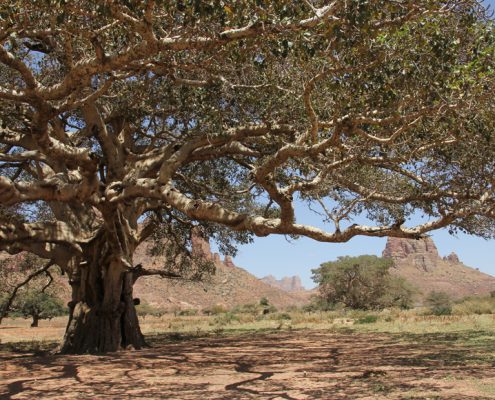 Straddling the equator and covering an area of some 583,000 sq km, including around 13,600 sq km of Lake Victoria, Kenya encompasses almost every landscape imaginable.

It shares borders with Ethiopia in the north, Sudan in the Northwest, Uganda in the west, Tanzania in the south and the Somali Republic in the Northeast. To the east lies the Indian Ocean. The country is divided into four regions: the arid deserts in the north, the savannah lands of the south, the fertile lowlands along the coast and around the shores of Lake Victoria, and highlands in the west where the capital Nairobi is situated.

Because Kenya is on the Equator, there is no real summer and winter in the tropical coastal areas, where it can be very hot and humid, though sometimes tempered by monsoon winds. Inland, however, the air is dry and temperatures more moderate with four seasons. After sunset the temperature can drop quite dramatically, especially at the higher altitudes.

April and May are generally the months when most rain falls – the “long rains”, and around November the “short rains” usually occur. The coolest months are July and August, and the warmest period is between the end of December and mid-March. Nairobi has a very pleasant climate throughout the year due to its altitude. Near Lake Victoria the temperatures are much higher and rainfall can be heavy.

With one tenth of all its land designated as national parks and reserves including the world-renowned Maasai Mara, Kenya is known as the ‘Land of Safari’, attracting many safari enthusiasts to this part of the world for decades.

With the Great Rift Valley, Mount Kenya, Samburu Game Park and Lake Victoria, the largest lake in Africa amongst some of the many highlights, the country boasts magnificent wildlife, incredible scenery and remarkable coastline on the Indian Ocean. The coastline offers superb beaches with plenty of snorkelling and diving areas  as well as an intriguing culture. Lamu Island also has one of the oldest towns on the East African coast, still with the Arab-style buildings and narrow streets. The only form of transport is dhow or donkey with no motorised vehicles allowed on the island. It is well worth a visit.

Golden deserts and snowy glaciers, white sand beaches and coral reefs, steamy rainforests and undulating savannas full of exotic game – Kenya is undeniably beautiful. With over 42 different languages spoken and 40 ethnic tribes living side by side, each with their own distinct culture, the country’s diversity is truly something to be amazed at. Whether you prefer to experience the serenity of a bird-watching park or the majesty of a wildebeest migration, Kenya’s game parks are some of the best places in the world to view wildlife.

A fusion of African and Asian cuisines, even the food boasts variety, with outstandingly good meat inland, fresh local fish on the balmy coastline and everywhere an abundance of tropical fruit. Whatever you are looking for, you will find it in Kenya.

Excavations in Kenya suggest that the region was the home to Homo habilis, from whom Homo sapiens descended, some 3.25 million years ago.

Over millenniums Kenya was the settling place of a huge number of tribes from all over the African continent, populated principally by the Kikuyu, Kamba, Luo and Maasai. The coastal area of the country formed an important part of the chain of Omani Arab trading posts that stretched from the Horn of Africa all the way down to Mozambique. Lamu, Malindi and Mombasa all had their origins as Arab trading cities under the control of the Sultan of Zanzibar. The gradual eclipse of the Sultan’s power began in the late 19th century when both the British and the Germans obtained trading concessions along the coast, so that in 1893 Uganda had become a protectorate followed by Kenya in 1895.

Nairobi became the headquarters of the British administration and by the early 20th century the fertile lands to the north were attracting a large number of white settlers who displaced the African people of the lands they had hitherto cultivated. Pressure over land combined with stringent controls over the cultivation and marketing of cash crops by Africans to prevent them from competing with the white settlers, led to the formation of nationalist organisations in the 1920s. The movement soon found an able leader in Jomo Kenyatta and gathered pace following the end of World War II.

The fight for independence was a difficult and sometimes bloody affair, particularly the 3 year guerrilla war mounted during the 1950’s by the nationalist Land Freedom Army (the Mau Mau) against the British colonial authorities. By the time the Mau Mau rebellion had been crushed in 1956, over 100,000 Africans had died as opposed to only 30 whites. Fortunately Kenya was an early beneficiary of Harold Macmillan’s “winds of change” policy towards Africa.

The main nationalist party, the Kenyan African National Union, led by Kenyatta, took power on Independence Day in December 1963, despite British efforts to sponsor an alternative. Kenyatta ruled the country from independence until his death in 1978, and since that time Kenyan politics have been dominated by the struggle between moderate and radical factions within the ruling KANU party.

In 1992 and 1997 Daniel arap Moi won re election but in 2002 he was barred from standing again and Mwai Kibaki of the National Rainbow Coalition (NARC) was subsequently elected President.

Following a general election in March 2013, Uhuru Kenyatta, the son of Kenya’s first president, was elected president and William Ruto was appointed his deputy.  Both have been indicted for crimes against humanity – around 1200 people were killed and 600,000 were forced from their homes in weeks of violence following the disputed last  election in 2007 – and face trial at the International Criminal Court.