Top tip: Flashing at a gorilla is a dangerous business. 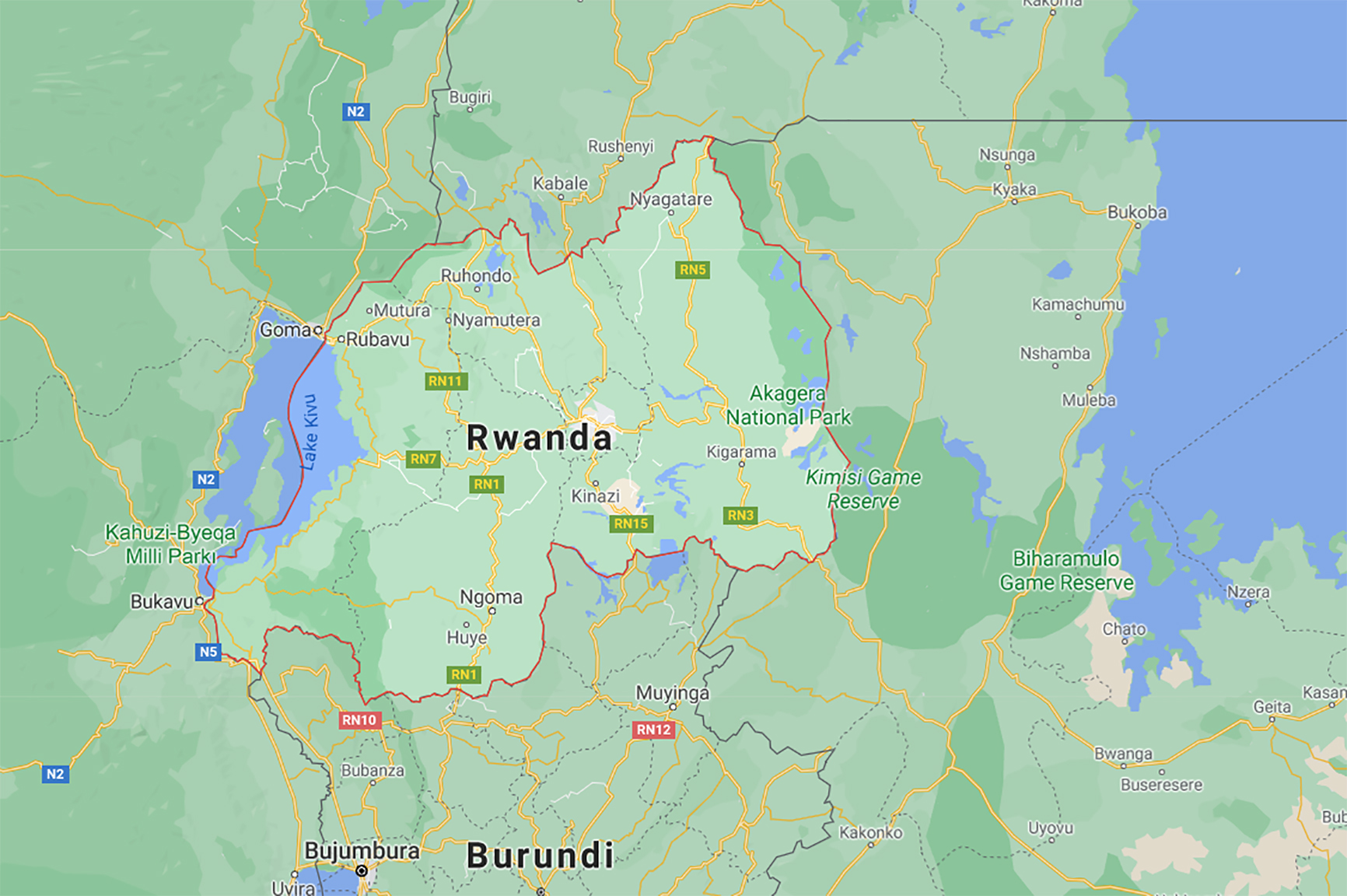 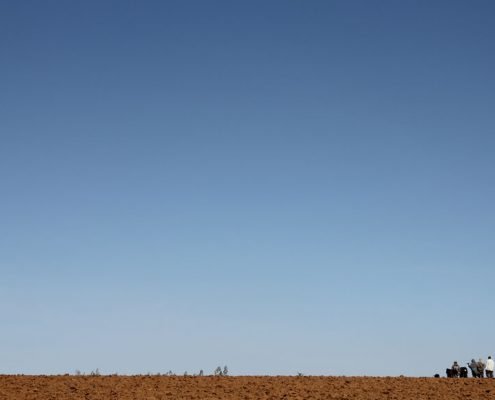 The Republic of Rwanda is a small country in central Africa  bordering with Uganda to the north, Tanzania on the east, to the south by Burundi and the Democratic Republic of Congo to the west.

The great peaks of up to 3000m divide the country running from north to south. Despite its proximity to the Equator, the climate in Rwanda is cooled by the high altitude. It is warm throughout most of the country but cooler in the mountains.

There are two rainy seasons: mid-January to April and mid-October to mid-December. The country enjoys average day temperatures of 30ºC with a possible maximum of 34ºC, except in the highlands where it is usually 15ºC cooler. In the north-east where volcanoes are swathed by rainforest – there tends to be more frequent and heavy rains.

Rwanda’s landscape is wrinkled with endless mountains and volcanoes that challenge the African stereotype of expansive deserts and have earned the country its name as the Land of a Thousand Hills.

With an enormous diversity of bird and mammal species, from lush jungles to open savannahs which offer a variety of game viewing activities including game drives, launch trips, bush walks, forest walks and canoe ride. Although a landlocked country, Lake Kivu provides some of the most gorgeous inland beaches on the continent.

The effects of the terrible genocide which put Rwanda on the world map in the mid 1990s can still be felt as a traveller, but the country has taken giant strides towards recovery since then. Safety and stability have been achieved, and Rwanda is now a rewarding country to travel in, with tourists remaining a relative novelty.

The prime reason to visit this country is undoubtedly to enjoy the flora and fauna -hidden among the bamboo and dense jungle of the Rwanda’s forbidding Volcanoes National Park are some of the world’s last remaining mountain gorillas, and is the opportunity to encounter these contemplative creatures at close quarters that continues to draw visitors to Rwanda. Other areas of interest include the Virunga Volcanoes, popular with climbers, the A’Kagera National Park which has a large variety of wildlife and birds and Nyungwe National Park.

To set Rwanda’s recent history in a context, you need to go as far back as the late 13th century when pastoral Tutsi tribes arrived from the south and conquered the Hutu and Twa inhabitants of Rwanda, establishing a feudal kingdom.The Rwandan population was originally made up of 18 different tribes and the terms Bahutu, Batutsi and Batwa were largely socio-economic groupings with the Tutsis as the wealthiest, the Hutus as the farmers and the Batwa pygmies as the marginalised group.

A unified state was established by King Kigeri Rwabuguri during the 19th century, but this lasted only until 1890 when Rwanda was annexed as a province of German East Africa.When the Belgians came in the 1920s (after the brief occupation by Germany) they classified anyone who had 10 cows or more as a Tutsi. The Belgians sponsored the continued dominance of the Tutsi minority at the expense of the Hutu but were forced, in the 1960s, to concede independence under majority Hutu rule. Inter communal violence between Hutus and Tutsis continued.This insistence on dividing the population into three groups is largely blamed as sowing the seed of the later massacres of Tutsis and the 1994 genocide.

In 1994 the conflict erupted on an incomprehensible scale. Hutu extremists known as the Interahamwe militias (roughly ‘those who struggle together’) set about a planned genocide which saw nearly 1 million Tutsis and moderate Hutus killed in 100 days. The international community, and especially the United Nations, proved extremely reluctant to intervene. Three million people fled the country to neighbouring Tanzania, Uganda and the Democratic Republic of Congo. From their bases in Uganda, the Rwandan Patriotic Front (RPF) took the only available course of action and launched a full-scale invasion but the bulk of the Hutu militia had fled to the DRC – a fact that has crafted a violent rift between the two countries. A new government was established under the RPF general Paul Kagame, who is still president.

Faced with the formidable task of reconstruction and reconciliation, there have been UN-run war tribunals tasked with bringing the architects of the genocide to justice, as well as an intense programme of education; genocide memorials are all over the country, testament to the hope that ethnic violence never occurs again.

Now history is a moot subject in Rwanda and the term Hutu and Tutsi are taboo. Now everyone is just Rwandan and you will find historical distinctions between the groups played down, even in museums. A rather sheepish international community has been a considerable help getting Rwanda back on its feet since 1994, after allowing the genocide to continue unchecked until it was too late. The Rwandan government is valiantly attempting to build a new country with a place for everyone.

Part of this is that now, unlike other African countries, Rwanda does not tolerate corruption and you are unlikely to encounter it – bribery and begging are strongly discouraged by the government. A boon for travellers is that the country is also remarkably clean – dropping litter is frowned upon, and there is a monthly national clean-up day dedicated to the maintenance of shared areas.