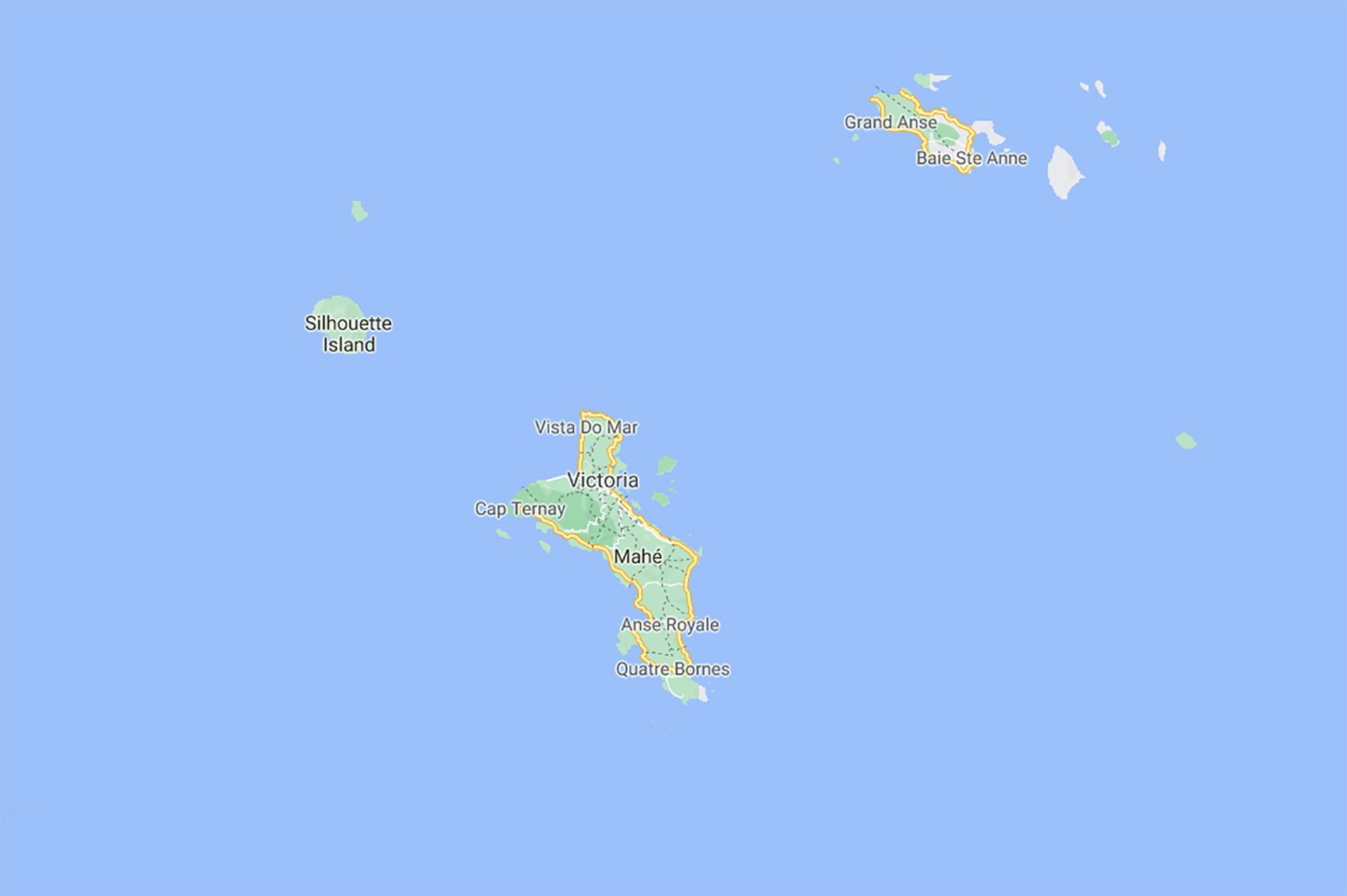 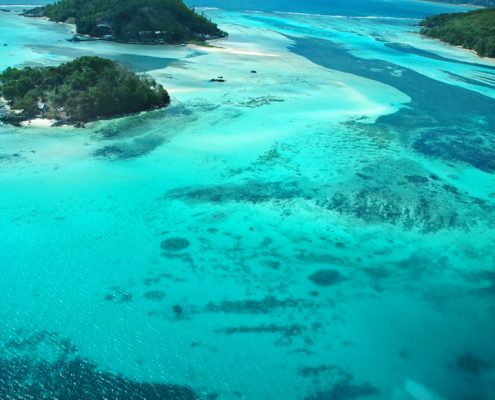 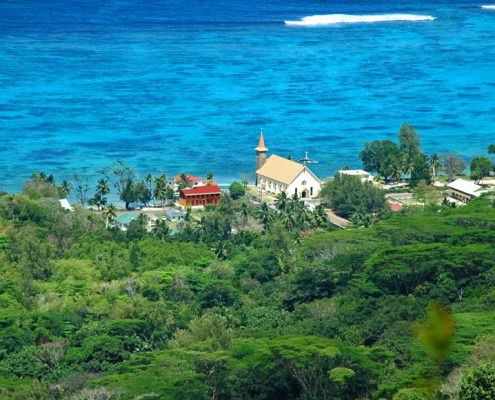 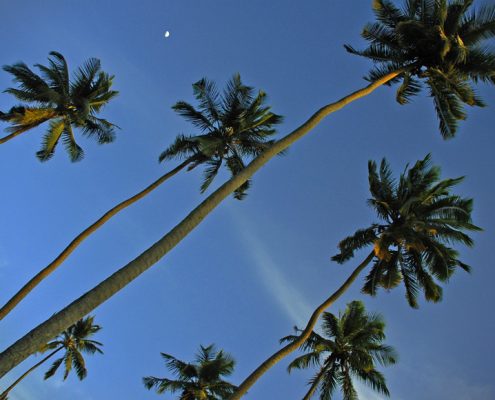 The Seychelles Archipelago spreads over 150,000 square miles of Indian Ocean; located Northeast of Madagascar, there are 115 islands and islets divided into two groups: the Granitic and Coralline. Both groups differ from each other in their distinct geologies.

The Granitic is a unique dense cluster of 42 islands (the only mid-ocean granite rock formation in the world) with a lush green tropical landscape. Higher slopes sustain large areas of indigenous forest with cinnamon and tea growing areas.

The Coralline islands are relatively remote, comprising the outer islands lying between 230 and 1550km from Mahe. They boast many pristine habitats and untouched coastlines – currently only two of theses islands, Desroches and Alphonse, offer accommodation.

The largest of the Seychelles islands, Mahe, houses the international airport and bulk of modern tourist facilities. The capital Victoria is a port town set amongst the island’s lush vegetation and wide selection of classic white sand beaches. Mahe Island alone offers over 70 beaches.

The islands lie outside the cyclone belt but receive monsoon rains from November to February with the northwest trade winds. This hot and humid season gives way to a period of cooler weather, though the temperature rarely falls below 23°C, and rougher seas when the trade winds blow from the southeast (May to September).

Places worth visiting on Mahe include the St Anne Marine Park and Morne Seychelles National Park on the highest section of the island. Victoria has an attractive Botanical Gardens and an interesting replica of London’s Vauxhall Bridge Tower. The National Museum gives one an opportunity to delve back into the local Seychelles history, music, spice cultivation and folklore.

Praslin island’s big claim to fame is the Valle de Mai -which contains the double-nutted coco-de-mer palm, and on La Digue the old plantation houses are well worth visiting – Chateau Saint-Cloud in particular. Don’t miss Therese island’s famous tortoise colony and warm rock pools. Of the Coralline islands, Denis is a deep-sea fisherman’s paradise due to the island’s location on the edge of the continental shelf; marlin are especially plentiful from October to December. Bird Island is home to the world’s largest tortoise, Esmeralda, and Desroches is surrounded by stunning coral reefs offering calm waters and excellent water-sport facilities.

The Seychelles are home to the best beaches we at Nomadic Thoughts have ever seen – and we have travelled extensively. You can expect white sands, warm turquoise waters and temperatures never below 23°C. Rare plant-life thrives on this cluster of islands that were isolated from the rest of the world until two centuries ago when humanity first discovered their existence. They are a paradise for birdwatchers and boast an abundance of tropical fruit; bananas, mangoes, coconuts, yams, breadfruit and almost anything else you can imagine.

On world terms The Seychelles are without doubt one of the leading beach destinations. They have earned a reputation as a frontrunner in eco-tourism, and will thankfully never be a mass-tourism destination, so you can rest assured you wont be battling the crowds. The remarkable warmth of the local people and beautiful exotic scenery combine to make this tranquil Indian Ocean hide away a destination visitors will never forget.

The Seychelles are an isolated collection of islands with a fascinating number of rare plants unique to the area – 81 species of luxuriant tropical forests still survive as they did covering the whole area before man first arrived at the beginning of the 16th century, when Vasco de Gamma put in the first recorded sighting of The Seychelles. The nearest mainland coast being 1000 miles away meant that the unique flora and fauna was protected from the outside world, but also that man only really began to settle on the islands a couple of hundred years ago.

The French planters realised the islands’ potential in 1756 – renaming the islands, in honour of the French king’s accountant Vicomte Moreau de Seychelles, from Admiral de Gama’s original name for them; Amirantes.

The Napoleonic Wars ceded The Seychelles to Britain, in 1814, who in turn brought in Indian plantation expertise from Mauritius. They planted a selection of spices including tea, vanilla and cinnamon. Ignored by the rest of the world for the next 150 years the islands of The Seychelles developed their own traditions, language and culture. The islands’ true nature soon became prevalent with slaves being freed as the plantations declining in favour of fishing and subsistence farming.

92% of the modern day population are Roman Catholic with an Anglican, Seventh Day Adventist and Muslim minorities. The official language is Seselwa; Creole, English and French are also spoken. Seychelles Creole cuisine is influenced by European (French and English), Oriental (Chinese), Indian and African traditions. Few places in the world use such a blend of spices, coconut milk and tropical fruits.

In 1903 The Seychelles became a Crown Colony, which had remarkably little effect on the islanders’ lifestyle. Without doubt the biggest impact on Seychelles history came with the building of an international airport in the early 1970’s – tourism arrived, and by 1975, when the islands had achieved self-government, tourism was the major contributor to the Gross Domestic Product.

The people live a simple and unsophisticated island life and tourism is carefully controlled to protect the unspoilt charm of the islands. Before the international airport opened in 1971, the islands could be reached only by sea, and since they are so remote, visitors were few and far between and the people were little influenced by the outside world. They developed their own language and culture which – like so many things on the islands – are unique.