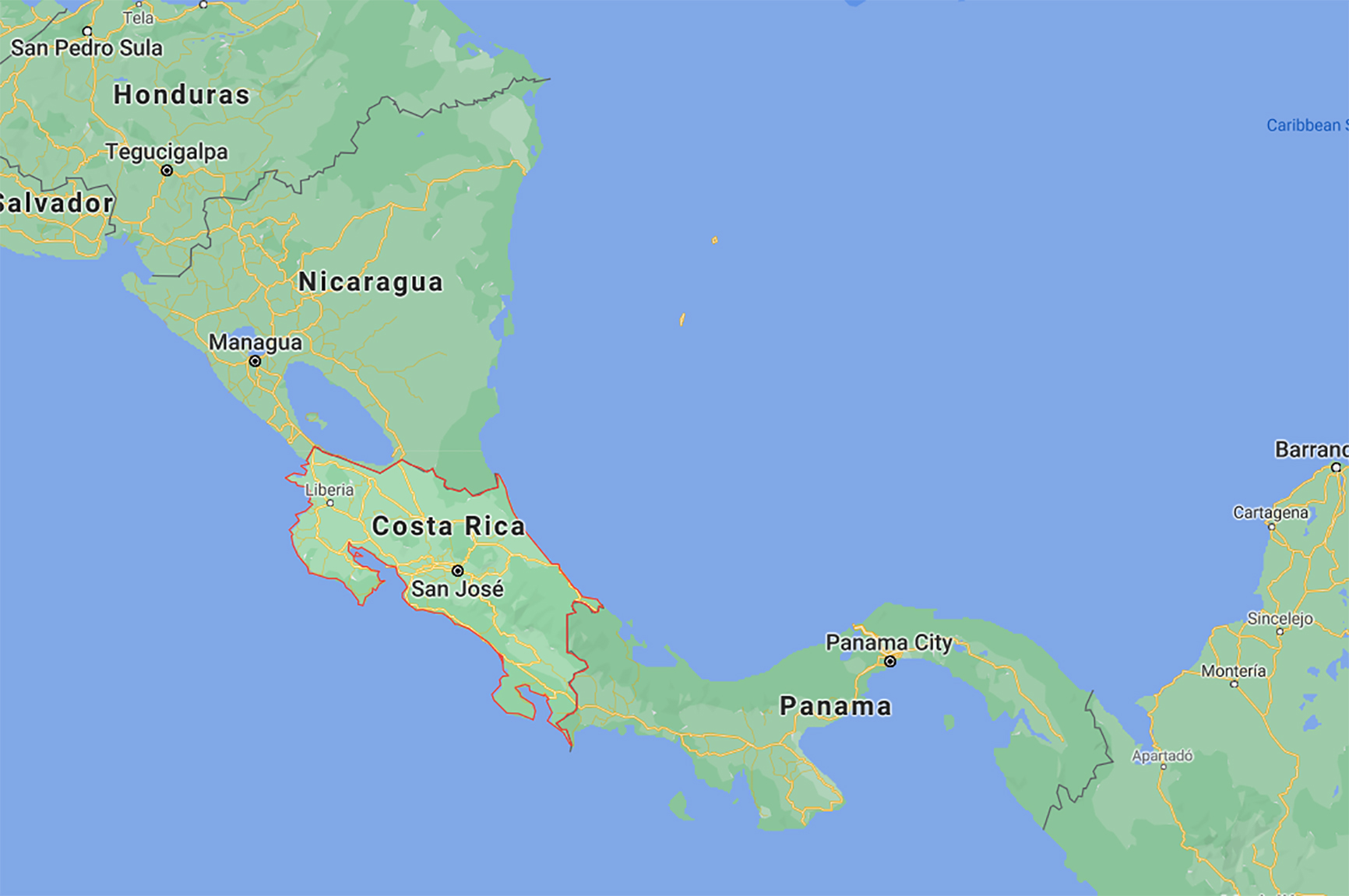 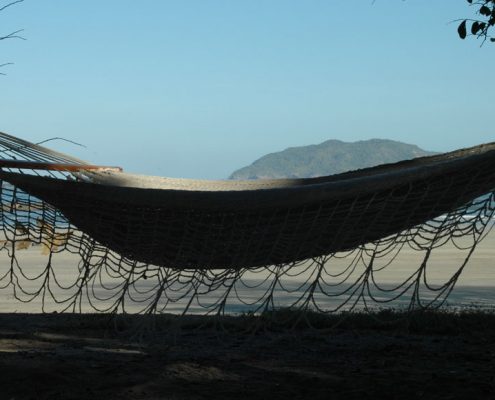 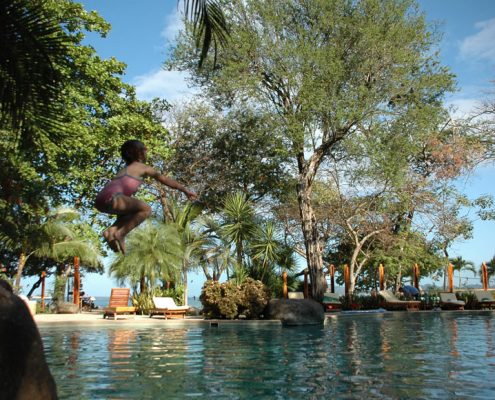 Costa Rica lies between Nicaragua and Panama, and is a complete coast-to-coast segment of the Central American isthmus. A low, narrow line of hills between Lake Nicaragua and the Pacific Ocean expands into a high, jagged mountain range as it enters northern Costa Rica. The highest peak is Chirripo Grande which reaches 3820m. The Meseta plateau, which is home to more than half the population, bordered to the Southwest by the Cordillera mountain range, which provides the back drop to Costa Rica’s capital, San Jose.

In the Central Valley, where the main centres of population are located, the average temperature is 22°C (72°F). However, on the coast it is often much hotter. The rainy season starts in May and finishes in November. The ‘warm’ dry season is considered to be December to May, though temperature differences between summer and winter are only slight.

Costa Rica is the leader in ecotourism in Central America and has set aside approximately 26% of its total area to protected areas and national parks. Active volcanoes, cloudforests and rainforests teeming with a stunning diversity of flora and fauna are the main attractions in Costa Rica – in fact 5% of all life forms on earth can be found in this tiny country, including over 850 bird species. The Braulio Carrillo National Park lies just 14 miles north of San Jose with many trails through the park; jaguars and ocelots can be found here and many orchids and ferns. The Tortuguero National Park protects the Atlantic green turtle egg-laying grounds. It also has a network of canals and lagoons for transportation and exploration. Manuel Antonio National Park is situated on the Pacific coast and includes twelve islands which serve as natural seabird sanctuaries due to the lack of vegetation. Many birds also use the islands for nesting. The Nicoya Peninsular has become popular for ocean sports such as windsurfing, kayaking, surfing and sport fishing. The most popular adventure sport is white-water rafting in the Pacuare and Pascuarivers.

Costa Rica is one of the most bio-diverse countries on the planet, with a variety of fascinating microclimates to explore. Accordingly it is extraordinarily environmentally conscious, dedicated to protecting its toucans, howler monkeys and thousands of examples of exotic flora and fauna. A seductively laid back local lifestyle is coupled with the opportunity for countless adventure sports, while beach-lovers can relax on white sands, sipping fresh young coconut milk and sampling sweet, freshly picked oranges.

Along with the other Central American countries, Costa Rica is a product of Spanish invasion. Costa Rica was difficult to conquer due to the varied terrain, and the Spanish had little return for the effort it cost them. While other countries in the region boasted plenty of gold and silver reserves, Costa Rica yielded little. However, the settlers farmed the land and created a rural democracy. Today, Costa Rica is considered to be the most fair and democratically developed country in Central America, and conscientiously looks after its natural environment.

Costa Rica’s native civilisation was never as strong as that of Mexico, for example, and so the diseases introduced by Europeans wiped out most of the indigenous peoples. Those who were left were largely absorbed into the Spanish population, although there are still a few very small tribes to be found. The territory that is now Costa Rica was declared independent from Spain in 1821, but was first part of Mexico before becoming an independent country in its own right in 1838.

Throughout the twentieth century, Costa Rica was peaceful and stable, enjoying growth and prosperity, with the notable exception of a civil war in 1948 following a disputed presidential election.

Generally, Costa Rica has been a peaceful and liberal country for well over a hundred years. Significantly, it is the only country in the region to have abolished its national army.

A national emergency struck in 1991, when an earthquake caused considerable loss of life and damage. Nevertheless, its tourism market has expanded rapidly over the last two decades. In the 2010 Environmental Performance Index, it is ranked third in the world and first in the Americas. The government has announced plans to become the first carbon-neutral country by 2021, which bolsters their long-standing eco-friendly image.