Top tip: Save the gorillas 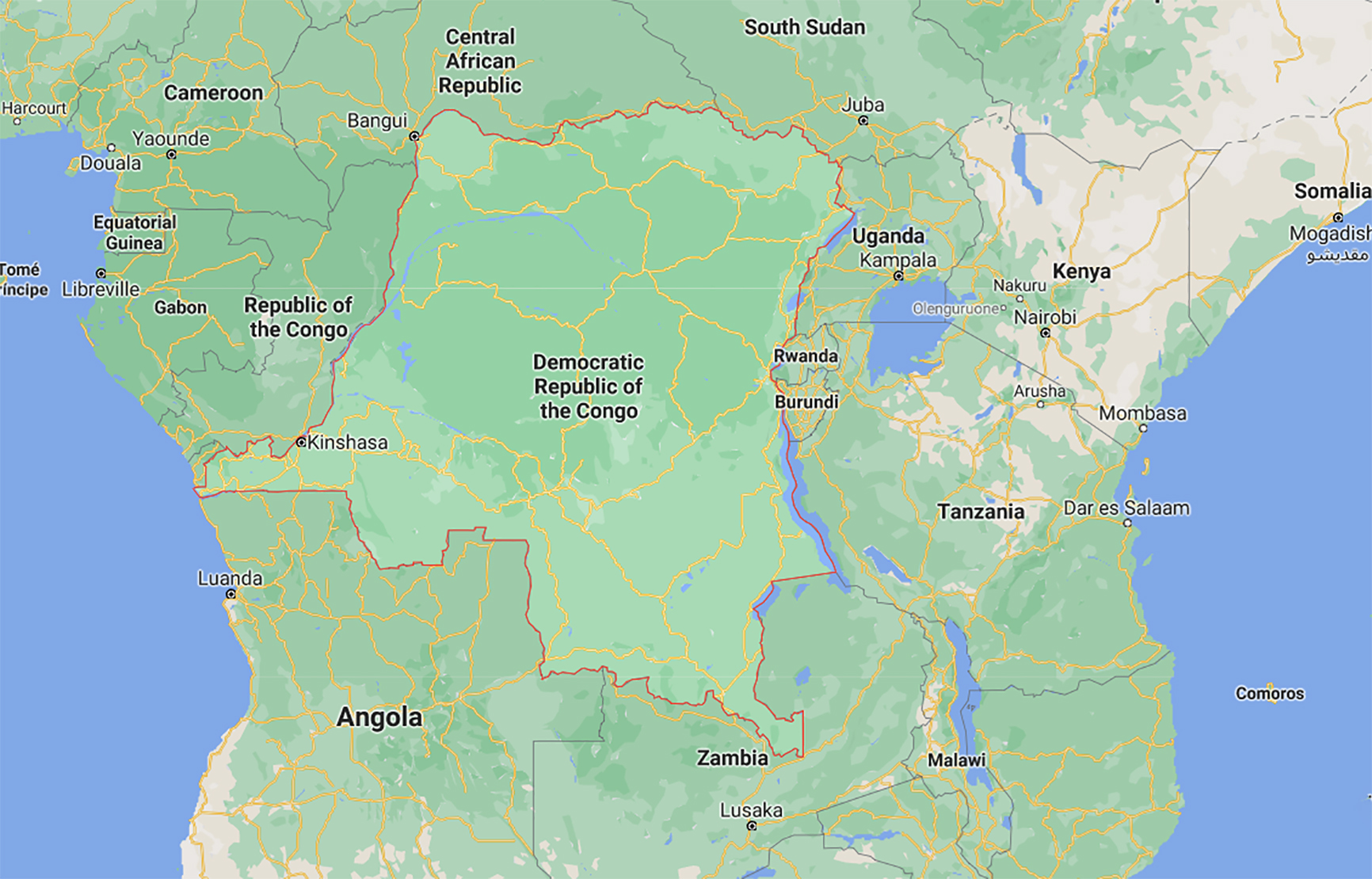 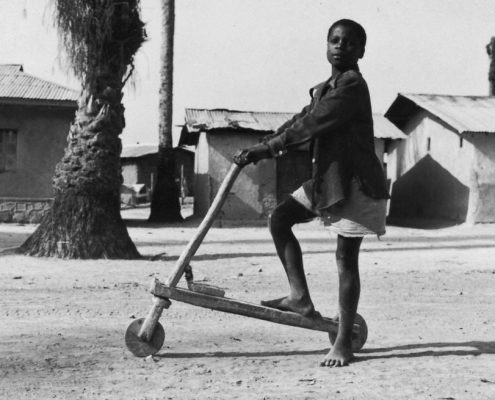 The Democratic Republic of Congo is the third-largest country in Africa and is bordered by the Central African Republic and Sudan in the North, Tanzania, Rwanda, Burundi and Uganda in the east, Zambia and Angola in the south and the Republic of Congo in the west.

The DRC has a coastline of only 27 km (17 miles), at the outlet of the Zaire River, which flows into the Atlantic Ocean. The country straddles the Equator and has widely differing geographical features, including mountain ranges in the north and west, a vast central plain through which the Congo River flows, and the volcanoes and lakes of the Kivu region. The Congo River has given rise to extensive tropical rainforests on the western border with the Republic of Congo.

The climate varies according to distance from the Equator, which lies across the north of the country. The dry season in the north is from December to March, and in the south May to October. The annual temperatures are warm and humidity is high.

The Democratic Republic of Congo has some of the last remaining unexplored wildernesses on the planet. See the woods, caves and waterfalls of Boma and equatorial Mayumbe and the Tombs of Tshela.

In the southwest, the Inkisi Falls at Zongo,  the caves in the region of Mbanza-Ngungu are well worth a visit. While in the Mbanza-Ngungu area, Kisantu has the Frère Gillet Botanic Gardens with their world-famous rare orchids. The Pic Marguerite is the highest peak in the Ruwenzori range where gorillas can be found and the extremely rare okapi.

The mountain scenery between Goma and Beni is the most spectacular in Africa. Also the Upemba National Park is stunning and includes several lakeswith hippos, crocodiles and numerous aquatic birds.

Settled communities in Congo had become Kingdoms by the 14th century, the most important of which were the Luba, Kuba and Lunda Kingdoms. The Portuguese arrived in this part of Africa in 1482 and gradually undermined the power of the predominant Kingdom, the Kongo, largely through their demand for slaves to work the newly acquired Brazilian plantations. In 1660 the Kongo were easily beaten by the Portuguese and the Kingdom went into inexorable and speedy decline.

The interior kingdoms continued to grow into the 19th century by trading slaves and ivory in return for firearms, cloth and luxuries. The arrival of Arab slavers from Zanzibar who traded from Bagamoyo on the Tanzanian coast, and Ujiji on Lake Tanganyika enhanced the power of the kingdoms of the interior.

There was no direct penetration of the interior of DRC by Europeans until the 19th century when Livingstone became one of the most famous explorers to reach the area. Stanley (of Livingstone and Stanley fame) finally paved the way for colonising this part of Africa after he had become Leopold, the King of Belgian’s personal representative. King Leopoldsubsequently laid claim to a vast area of Central Africa and achieved the consent of other European powers at the Berlin Conference in 1884-5. The area under King Leopold’s control became known as the Congo Free State.

It was only in the 1950s that the Belgians began to allow African political parties to emerge and started to relax their colonialist grip. Riots in Kinshasa in 1959 shocked the Belgian authorities to such an extent that Independence was suddenly granted in 1960 and Patrice Lumumba’s Mouvement National Congolaise (MNC) took control.

The country was ill-equipped for Independence and Moise Tshombe, the governor of Katanga Province announced the secession of his province from the country. UN intervention forced Katanga back into what was then Zaire but during a revolt of the Simba tribe of the Northeast in 1965,General Mobutu was swept to power, although with rapid and rising inflation, governmental corruption and sporadic outbreaks of violence that spiralled out of control in the late 1980s and early 1990s meant that he had to form a coalition government.

With a sea of political change rippling across the world at the time, Mobutu finally got his comeuppance. Because he backed the Hutu perpetuators of the 1994 Rwandan genocide, the Zaïran Tutsis with support from Rwandan and Ugandan troops, marched on Kinshasa in May 1996. Mobutu narrowly escaped capture by hitching a lift on a cargo plane to Togo and died four months later of cancer in Morocco.

The new leader, Laurent Kabila, a one-time confidante of Che Guevara, immediately outlawed political opposition and renamed the country the Democratic Republic of Congo. he was as corrupt as Mobutu and before long civil war broke out.

The DRC’s second war started in 1998 and ended when Kabila was assassinated in January 2001 by one of his own bodyguards. His son Joseph Kabila took over. He had been educated in the West and quickly worked on a peace treaty between the warring African factions. This paved the way in 2002 for an all-party transitional government.

In spite of this there are still huge problems. Just under 4 million people had been killed in the wars and almost as many displaced. It was hoped that the DRC’s second ever multiparty elections in July 2006 would turn things round but there was a stalemate between incumbent Joseph Kabila and the opposition leader Jean-Pierre Bemba. Kabila won the second round of the election in October 2006 with a landslide in the Swahili-speaking east.

After a period of hope, DRC’s future looks as uncertain as ever.