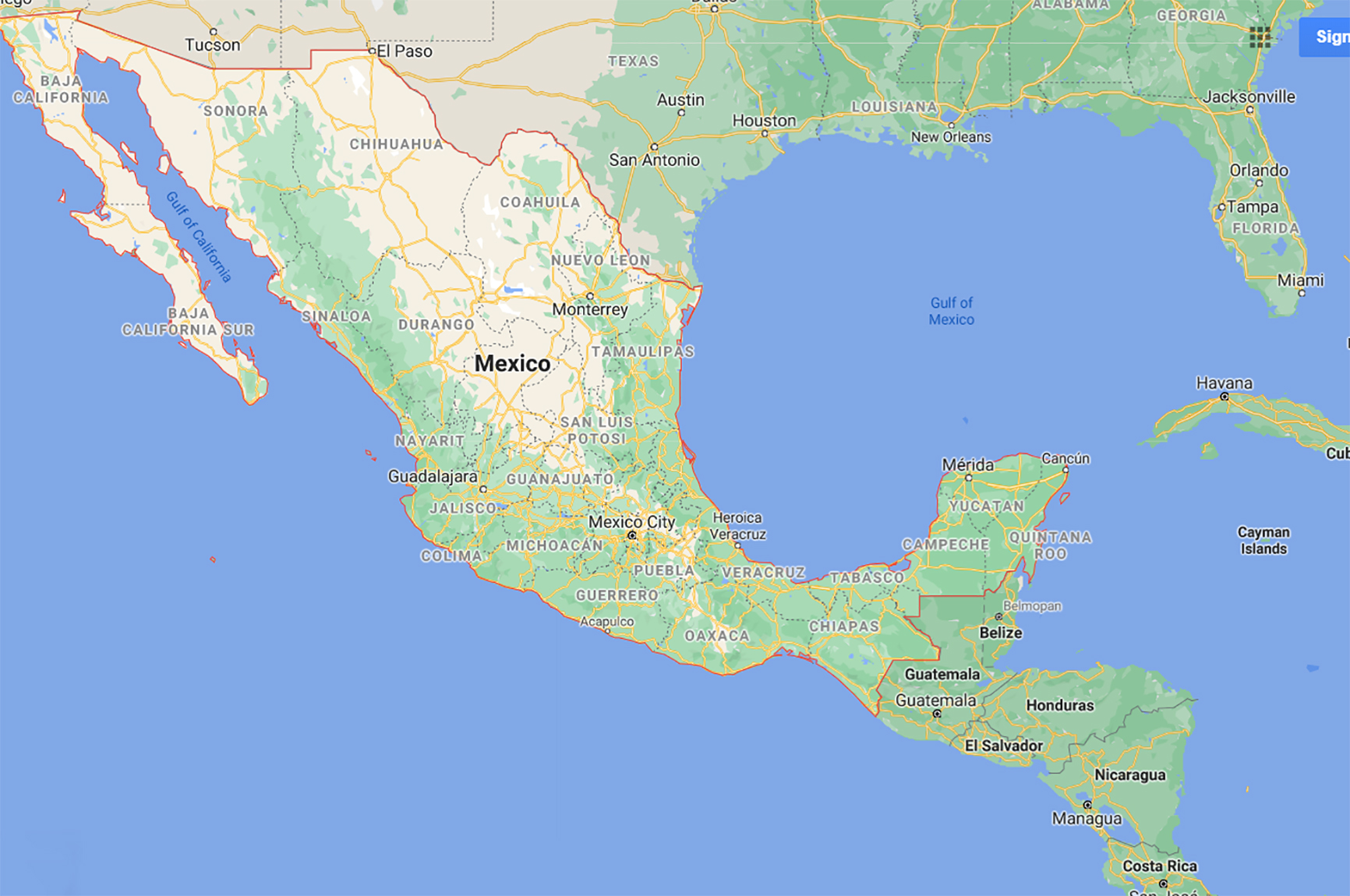 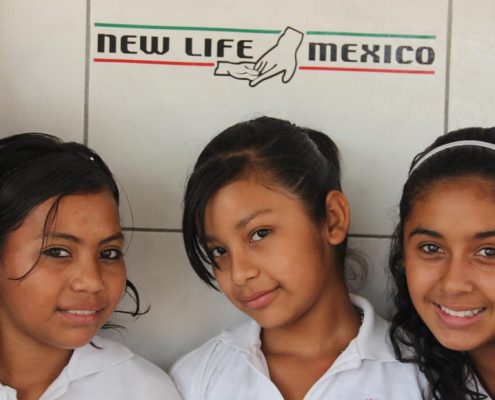 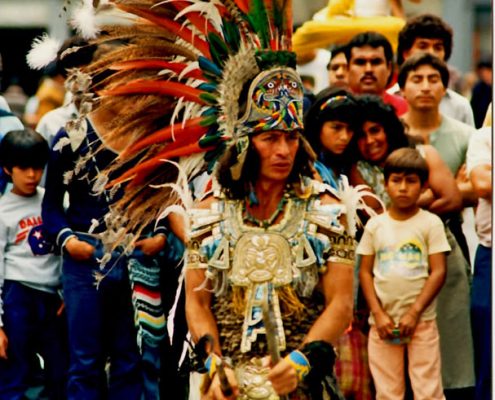 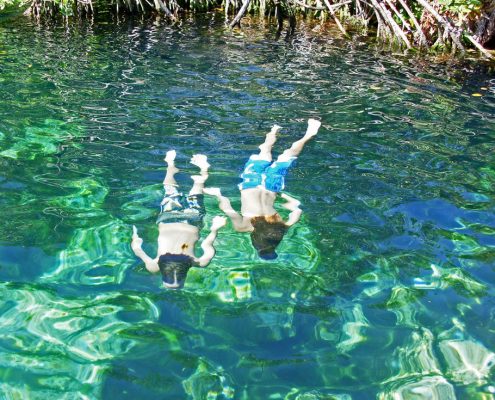 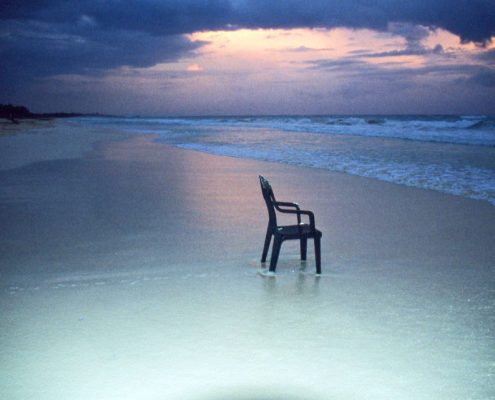 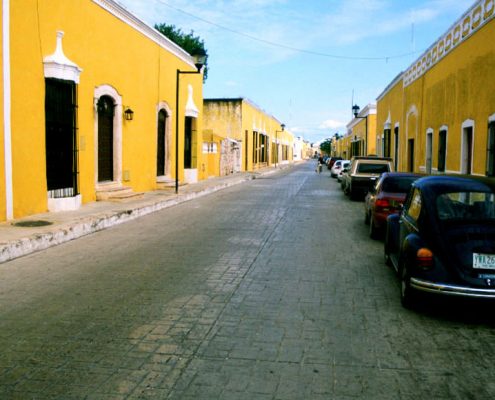 Mexico can be divided into two distinct areas: Highland and Lowland. The two mountain ranges of the Sierra Madre Oriental and the Sierra Madre Occidental run parallel to the coast from north to south. The lowland areas to the west hug the western and southern coastlines. To the east the lowlands creep inland some 200 miles to the north, whilst in the south the flat low level area of the Yucatan protrudes out into the Caribbean Sea.

Mexico’s climate varies according to altitude. Coastal areas and lowlands (known as the tierra caliente) are hot and very humid, while the central plateau is temperate even in winter. The central highlands is generally mild, but the temperature varies sharply between day and night. The cold lands (tierra fría) lie above 2000m (6600ft). Here rainfall varies greatly from region to region. Only the Sierra Madre Oriental, the Isthmus of Tehuantepec and the state of Chiapas in the far south have a reasonable amount of rainfall throughout the year, with a rainy season from June to September. All other regions have rainless seasons, and the central plateau is largely arid and desert-like. The north will see some snowfall during the winter. January and February are generally good months to visit Mexico.

Mexico really has too many highlights to mention. One of the fascinating reasons to visit is the fact that it has had some of the region’s oldest civilisations. The huge Olmec head sculptures are still standing and well worth a visit, to get a slight hint of how powerful these people were, and the remains of the Mayan ruins are also an amazing sight. For a more modern yet still authentic taste of this country visit to Mexico City. It is regarded internationally as one of the busiest and most interesting cities in the world. Don’t miss the stunning beaches on the Caribbean coast. The Costa Azul is perfect for water sports, from kayaking to surfing, windsurfing and parasailing. The magical Day of the Dead festival conveys villagers via candle lit boat to tiny Isla Janitzio. Hiking and climbing are fantastic in the volcanoes east of Mexico City and the reefs around Cozumel have excellent scuba diving. Relax with a spa break at one of the country’s hundreds of hot springs for the perfect ending to your holiday.

Nowhere else in the world will strangers be greeted with the same warmth and friendliness as the Mexicans mete out to their guests. This enormous, surreal country of archaeological gems, gorgeous beaches and steaming volcanoes is a lot to take in. For those of you with more energy, there is unstoppable nightlife in Cancun and Guadalajara, the noise and bustle of the capital and the endless opportunities for sporting activities. Culture lovers will revel in the remains of ancient civilisations, and for some the wild and rugged landscapes of the jungle and central sierra will be the perfect place for that exhilarating sense of finally making it off the beaten track. Make sure you take slug of world-class tequila and try a refreshingly weird cactus fruit, locally known as ‘tuna’ before you leave.

Like Mesopotamia and Egypt, Mexico was the home of one of the earliest civilisations with a recorded history stretching back as far as 3000 BC. The civilisation was able to develop undisturbed by events in the rest of the world right up to the beginning of the 16th century. The Aztecs became organised as a tribe around 1200 AD depending for its survival on the cultivation of maize. Without the more developed agricultural practices of the Incas, the Aztecs believed a successful harvest depended on gaining the favour of the rain god, Tlaloc. This in turn depended on a constant supply of sacrificial victims who were the unfortunate captives from the wars the Aztecs waged with their tribal neighbours.

The arrival of the Spanish conquistador Hernan Cortes and his band of 500 opportunists and desperadoes on Good Friday 1519 was to change the course of Mexico’s history. Many of the country’s tribes, so aware of the Aztecs perpetual war-mongering, became allies of Cortes and the Spaniards (with their horses initially treated with great awe by the Indians). After the death of Moctezuma and the conquest of Mexico, the Spanish began an intensive campaign to obliterate the Indian way of life, their religions and customs, and to lay a Spanish veneer over the whole country. The cities of Tenochtitlan and the Mayan cities of the Yucatan were torn down to provide building stone for the new Spanish cities and churches and many of the conquistadores returned to Spain with fantastic wealth. The colonial period was to last some 300 years during which time trade with any nation other than Spain was rigidly controlled and non-Spanish immigration was prohibited. The many indignities served out to the criollos (the Spanish born in Mexico) became intolerable and turning against the Royalists they fought and successfully secured Mexico’s independence. At independence, Mexico stretched from Panama to Oregon.

Within a short time the annexation of Texas to the United States led to war between Mexico and the United States in 1846 and the Mexicans were forced to cede a huge slice of their northern territory (now the states of California, Arizona, Utah, Nevada and parts of Colorado, New Mexico and Wyoming.) In 1857 a Zapote Indian from Oaxaca named Benito Juarez, took over as president and a three-year civil war began. It ended with the Juaristas passing laws disestablishing the Catholic Church as the official religion and expropriating its huge wealth.

Juarez was still running the country when the French with the assistance of Spain and England, invaded Mexico for non-payment of debts. The French who had grander schemes in mind, occupied Mexico city and Maximillian Von Hapsburg of Austria was proclaimed Emperor of Mexico. He was later succeeded by Porfirio Diaz who, as dictator was to rule Mexico for the next 34 years and initiated a programme which included the construction of railways and roads and the erection of oil wells. Whole tribes were forced off the land they had farmed since Aztec times and inevitably revolution broke out in 1911 and lasted until 1927. The revolution was eventually institutionalised in the Partido Revolucionario Institutional (PRI) and the large estates have since been divided up into ejidos (communal lands) and small holdings.

Electoral reforms implemented by President Ernesto Zedillo between 1994 and 2000 paved the way for the election of an opposition-party candidate, Vicente Fox, for the first time in the country’s modern history. Mexico celebrated 200 years of independence from Spain in 2010 but remains preoccupied by violent conflict against and between powerful drug cartels. The tough stance advocated by President Felipe Calderón has taken an unprecedented human toll and sadly tarnished the country’s international image.