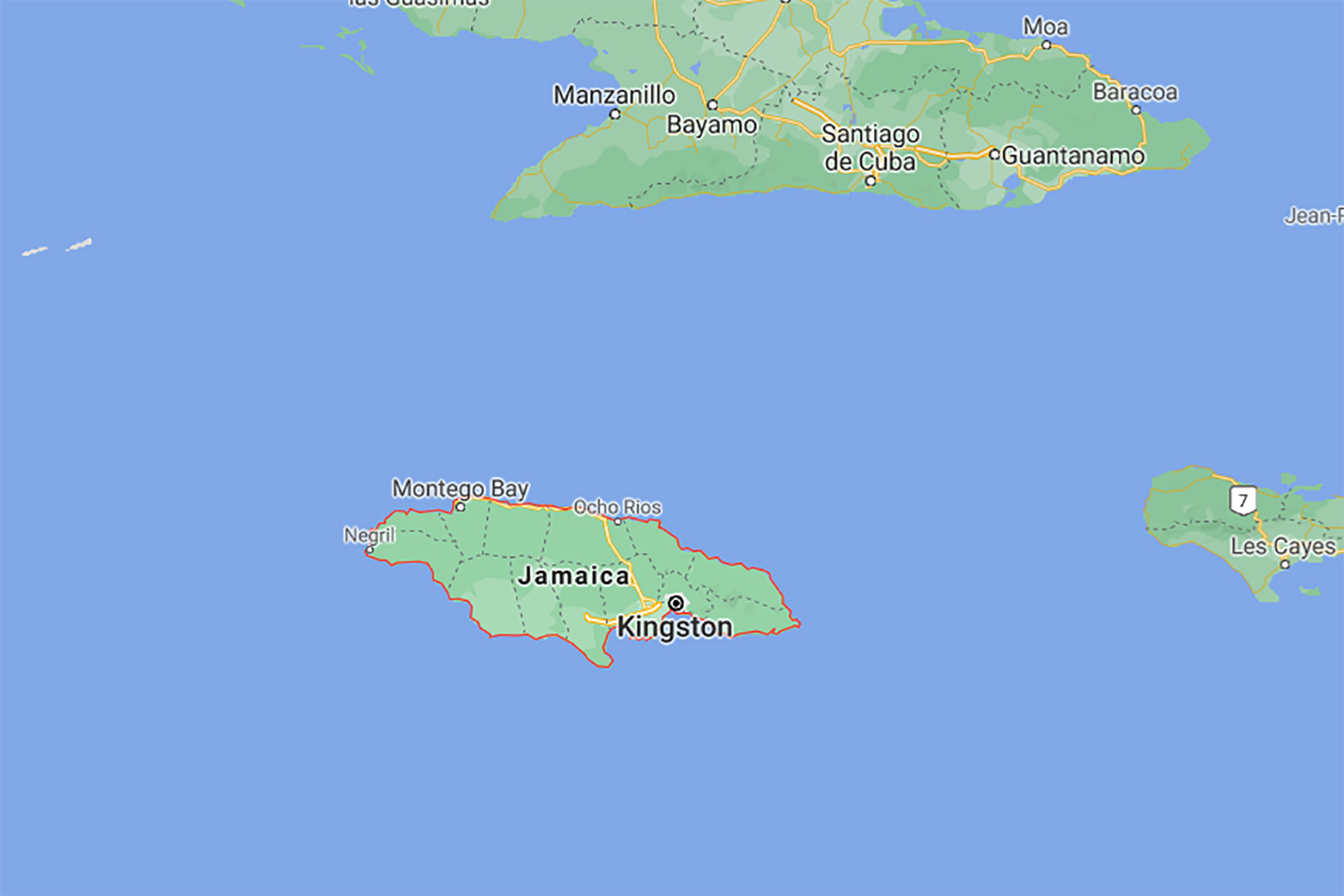 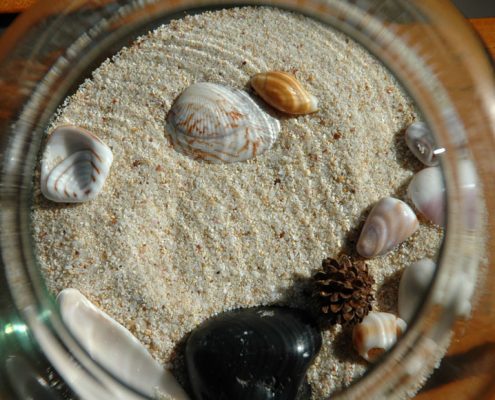 With an area of 10,911 sq km (4,244 sq miles), Jamaica is the largest island of the Commonwealth Caribbean and the third largest of the Greater Antilles, after Cuba and Hispaniola. A largely mountainous terrain reaches 2,256m (7,402ft) at the Blue Mountain Peak in the east, descending westward in a series of ridges and forested ravines. Over 1,000km (621 miles) of coastline offers fine beaches in the north and west. At its greatest extent, Jamaica is 235km (146 miles) long with a width that varies between 35 and 82 km (22 and 51 miles). The island is a quarter the size of Estonia, half the size of the Scottish Highlands, roughly the same size of the American state of Connecticut.

Consistently warm tropical weather ensures Jamaica is a popular destination year-round. On the coast, temperatures range from 22°C (72°F) and 31°C (88°F) with chilly mornings and evenings denoting winter. Peak season runs roughly from mid-December to mid-April when crowds swell and prices rise. The wettest months are May and October, but showers may occur at any time. Between June and November, Jamaica is prone to hurricanes. It also lies within the earthquake zone.

The annual rainfall averages 1980mm, but nationwide there are some considerable variations, with the east coast receiving considerably more rain than elsewhere on the island. Parts of the Blue Mountains receive an average of 7620mm a year. By contrast, the south coast sees little rain and in places is semi-barren. Jamaica is a year-round destination, though there are seasonal differences to consider. Weather-wise, temperature isn’t an important factor: winter is usually warm by day and mild to cool by night, and summer months are simply hot.

There is ample opportunity for hiking and climbing in the Blue Mountains, which are home not only to the best coffee in the world but to more than 200 bird species and 800 species of plants. Don’t miss the Bob Marley Museum in the lively capital, Kingston, and if you coincide with the carnival period watch the parading musicians and marvel at the scanty costumes worn. Spot bottle nosed dolphins in a natural lagoon at Dolphin Cove, then take a bamboo raft down the Rio Grande through banana and sugarcane plantations, before exploring the phenomenal labyrinth of limestone caves on the North Coast. Soak in a mineral bath at the Milk River Spa, before finally relaxing on the exquisitely beautiful Treasure Bay beaches, where you will find golden sands and gently waving palms.

Before it was discovered by Columbus in 1494 the paradise island of ‘Xaymaca’ had been peacefully inhabited by the native Arawak Indians for thousands of years. All of that changed in an instant as the Spanish swiftly colonised the island, and held control of Jamaica until the mid-17th century, before being displaced by the British who turned Jamaica into the most important of the British Caribbean slaving colonies. The new capital Kingston soon became a vital point of the vicious trade triangle bringing slaves to the island from Africa and exporting rum and sugar back to Europe. Even today no other island in the Caribbean feels its bonds with the African continent more keenly, and for the past centuries it has defined the island’s very culture.

The 1920s saw the rise of black political activity as Jamaica’s second-most-famous-son Marcus Garvey founded the ‘back to Africa’ movement, which was shortly followed by full-blown Rastafarianism.

The island was finally granted independence in 1962, remaining a member of the Commonwealth. This was the decade that saw the blossoming of Reggae, the musical message that put Jamaica firmly on the map with the arrival of the legendary Bob Marley. Since independence, the political arena has been dominated by the struggle between the right-wing Jamaican Labour Party (JLP) and the leftist People’s National Party (PNP). The most recent election in 2007 was won by Bruce Golding, marking a return to power for the JLP after 18 years in opposition.