Top tip: Whatever your speed the cow has no fear and the right of way 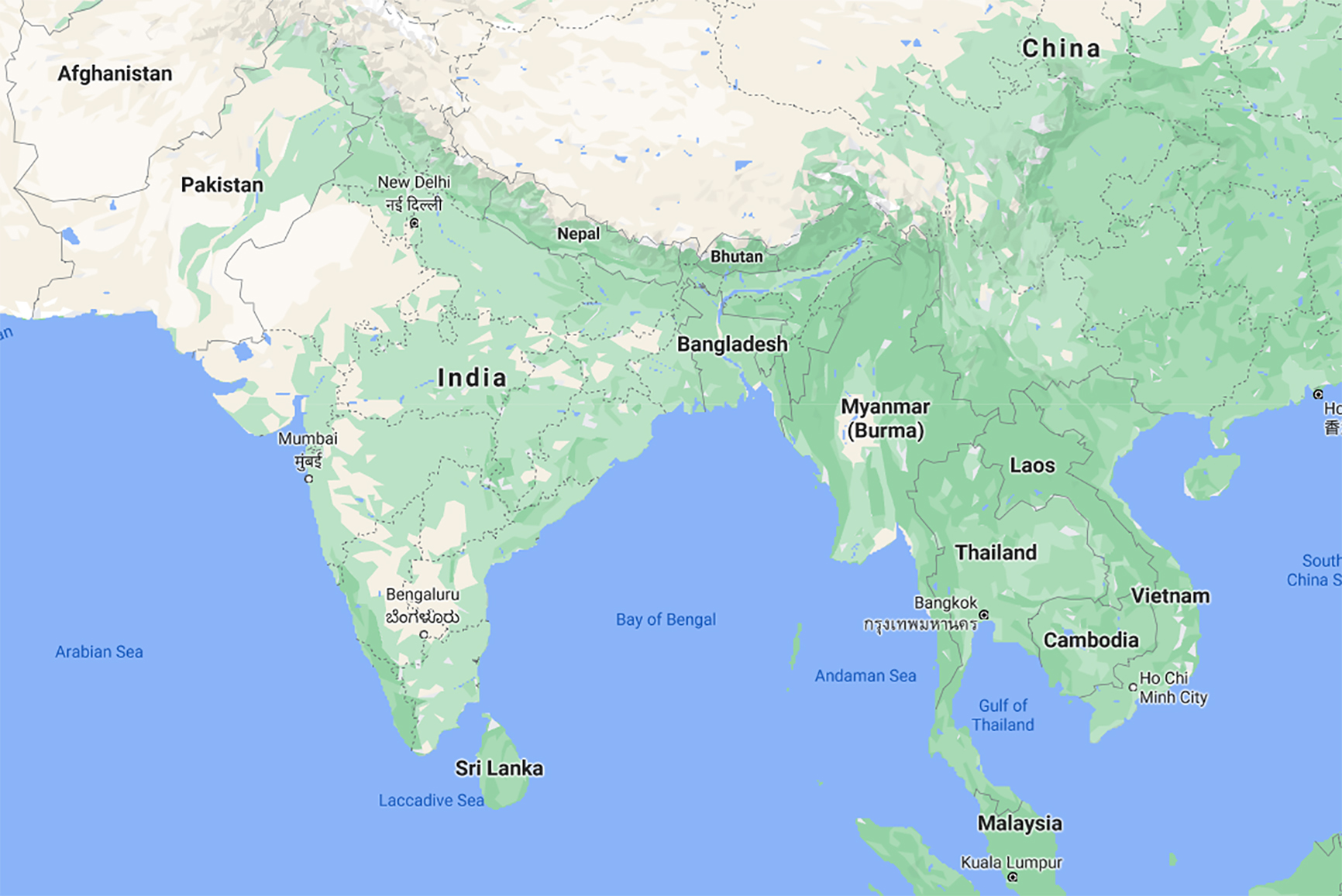 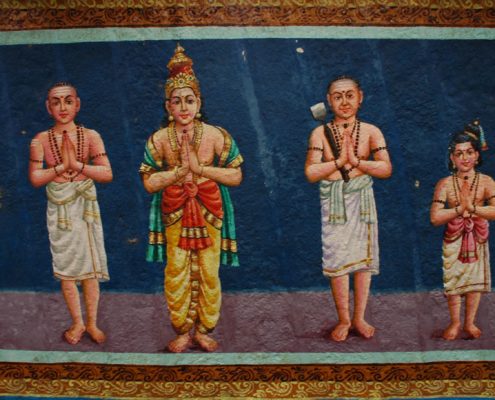 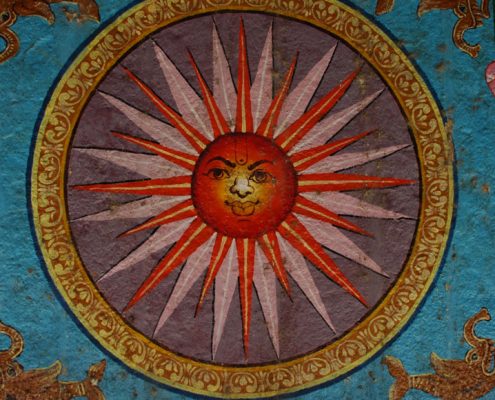 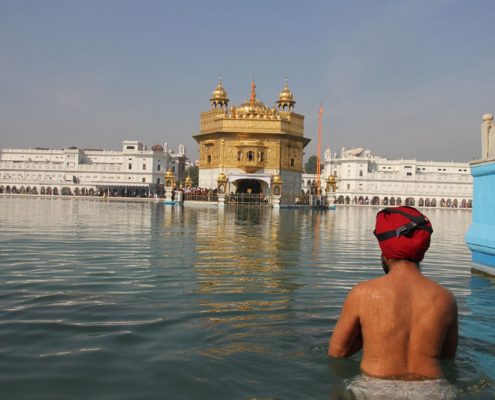 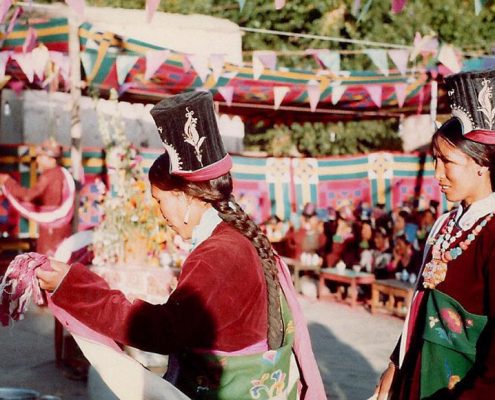 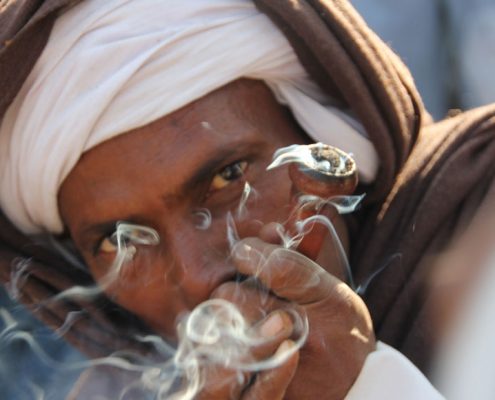 India is bounded by many countries; to the North West lies Pakistan, bordering the North you find China, Bhutan, Nepal and the Bay of Bengal, to the East the frontiers of Bangladesh, Burma and the Arabian sea. Down in the South lies the Indian Ocean.

India is predominantly an agricultural economy with the main crops being tea, cotton, tobacco and coffee.

The climate comprises hot tropical weather with variations from region to region. The coolest weather lasts from December to February, with cool, fresh mornings and evenings and dry, sunny days. March and May have the most unpleasant weather when it is very hot, dry and dusty. Monsoon rains occur in most regions in summer between June and September.

India should almost be considered a continent rather than a country. With one sixth of the world’ population, it is no wonder that India is so multi-dimensional. Vast and complicated, it is one of the only countries in the world to offer such a hotchpotch of diverse cultures, landscapes and religions stretching back thousands of years. From historical sites and ancient temples, to imposing mountains, idyllic sandy beaches and wonderful wildlife, India is an armful of colourful contradictions.

Even the fragrant food exhibits wonderful choice – there are as many as 25 spices are regularly used in preparing an enormous selection of local cuisines. Ordering ‘a curry’ in Delhi is akin to asking for a scotch in Glasgow. Tea is one of India’s most popular drinks – on your travels you will only ever be a hand wave away from an ever-keen ‘chai wallah’, making you feel right at home with a steaming mug of brew.

A visit to the desert state of Rajasthan in the north should include the cities of Jaipur, Udaipur, Jaisalmer and Jodhpur as well as the magnificent Taj Mahal and of course Delhi, India’s capital city. Explore both Old and New Delhi, and pay a visit to both the Red Fort, and the Jami Masjid, the country’s largest mosque.

In the south, the state of Kerala offers superb variety including beautiful beaches in Kovalam, the famous back-waters, the Periyar Wildlife Sanctuary and spectacular hill stations. Varanasi on the River Ganges is India’s holiest Hindu location and Mumbai, Cochin, Madurai, Mysore, Bangalore and Chennai are all unique with places of interest in and around the cities.

India has wildlife sanctuaries all over the country with a huge range of birds and mammals.

There is something for everyone in India and you will find it takes weeks to even scratch the surface of this wonderfully complex country.

India’s history is intrinsic to its modern identity, vast and barely graspable. Its thousands of years have seen hundreds of invasions, the rise and fall of myriad empires and colonisation by the Mughals, the Portuguese, the French and of course the British.

In the 17th century British traders were given permission to trade in Bengal. At this time the  Mughals controlled India but slowly the British took over until by the early 19th century India was effectively under British control. The Indian Mutiny in 1857 led the British government to take over administration of India from the East India Company.

Notions of Indian independence were temporarily pushed aside at the start of the 20th century and India fought alongside Britain in two world wars. During this time Mahatma Gandhi began the struggle for independence through non-violent resistance. In 1942 he introduced the ‘Quit India’ campaign and was imprisoned, not for the first time, for subversive behaviour. Gandhi was assassinated in January 1948, not long after India gained her independence from Britain in 1947.

Amid fears that India would slide into civil war, the decision to divide India into Muslim and Hindu territories; went hand in hand with Independence, with Gandhi the only staunch opposition. The difficulties of where to drawn the line between the two territories proved complicated and long lasting, with more than 25 years before East Pakistan became Bangladesh. Thousands of refugees were created amid the enormous population exchanges that took place. With more than 500,000 people killed along the way.

India has had a President since 1950, The more recent ones are Dr Abdul Kalam who became President in July 2002 and led the development of India’s nuclear weapons programme. He was also known as the ‘People’s Presidemt’. In 2007 Pratibha Patil became India’s first female president and the current President is Mohammad Hamid Ansri.

With one of the world’s fastest-growing economies, India has certainly made giant strides over the past decade. However, vast sections of the country’s billion-plus population have seen little benefit from the economic boom, and the gap between classes remains treacherous. Indeed, the government’s ongoing challenge is to spread both the burden and bounty of India’s fiscal prosperity, though this task will remain insurmountable if India’s population continues to explode at the current rate.