Top tip: Brace yourself for the ‘yak butter tea’. 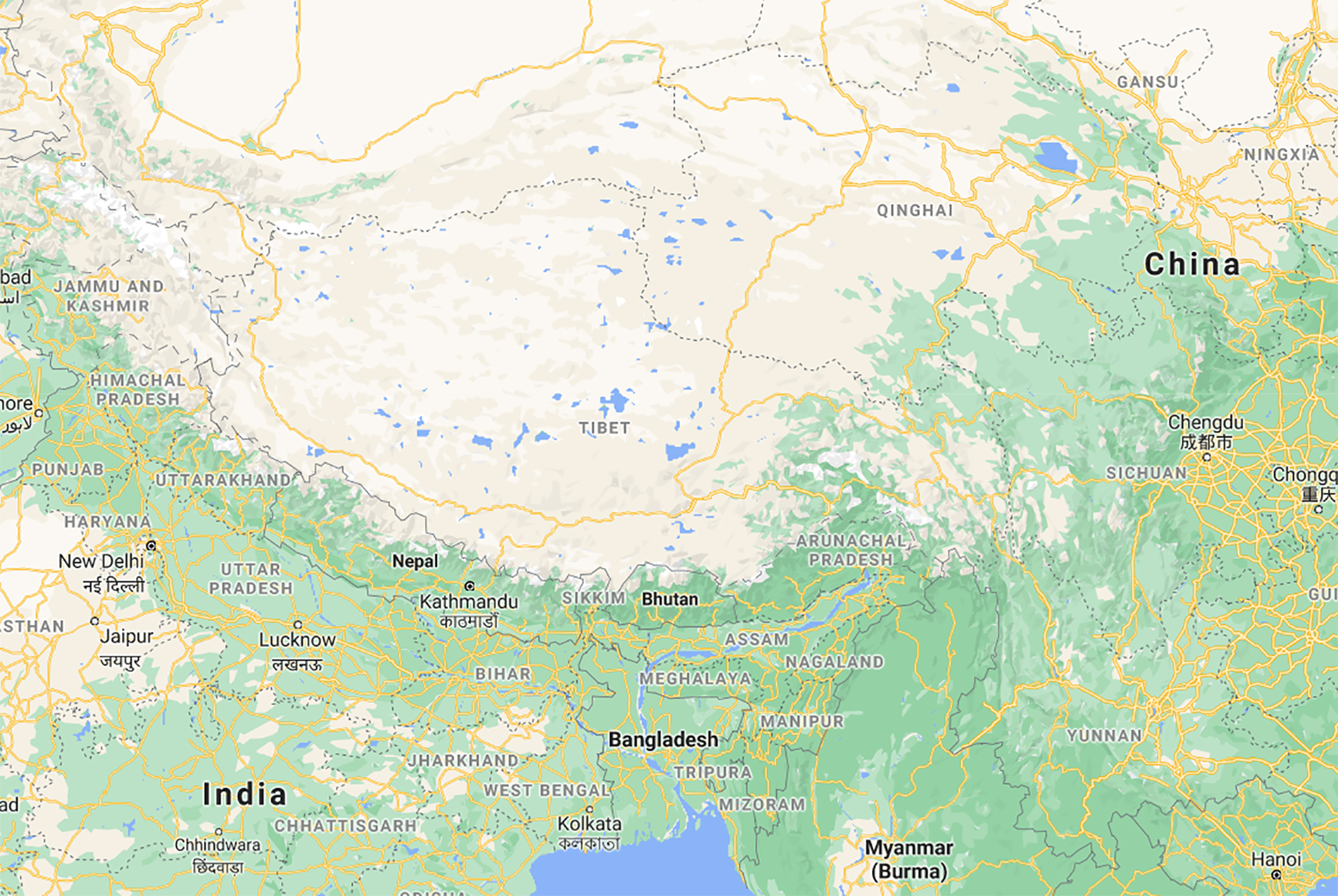 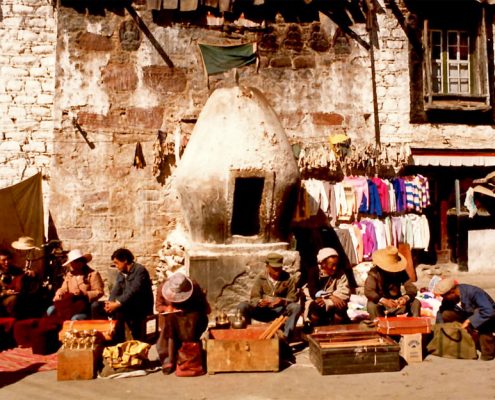 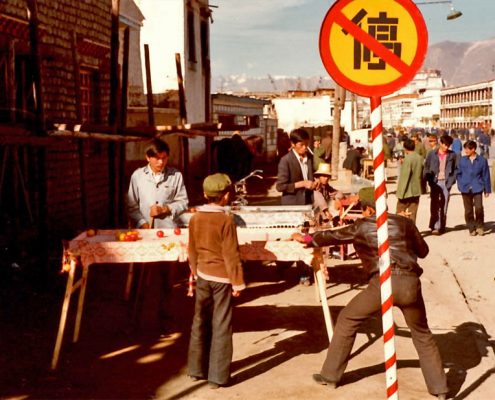 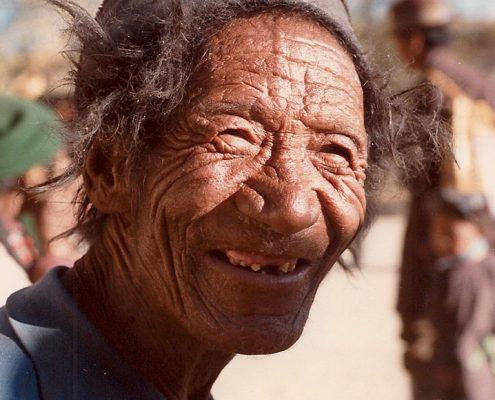 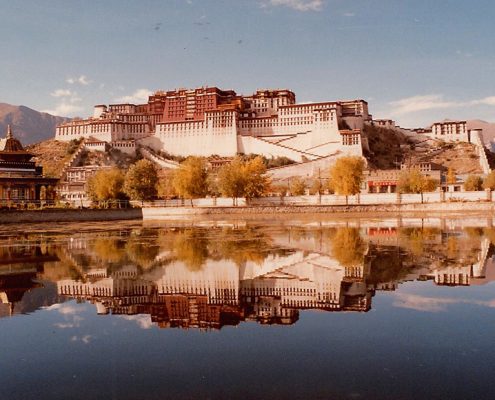 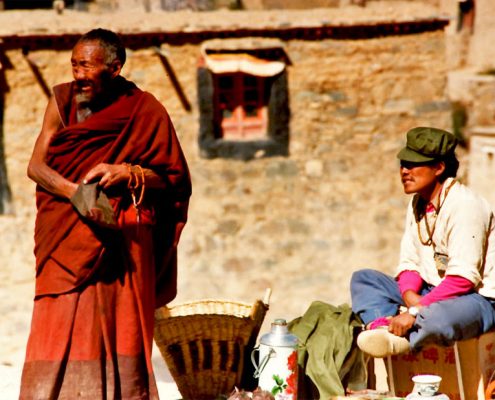 Most of Tibet is a huge plateau at an altitude of between 4,000 and 5,000 metres, broken only by a series of East-West mountains. To the north is the Kunlun range which separates Tibet from the Xinjiang Province and to the south are the Himalayas rising to over 7,000 metres.

Most of the population live in the valleys in the south of Tibet, where agriculture is possible and the main crop is barley. On the uplands which surround the southern valleys the inhabitants are mainly pastors who graze sheep, yaks and horses

It is cool in summer, but extremely cold in winter. The thin Tibetan air can neither radiate nor absorb heat, resulting in temperature extremes during both day and night. The period from April to October is the best time to visit Tibet, avoiding the coldest months from December to February.

Known as “the Roof of the World”, Tibet was long a forbidden land, locked away in the high mountains. Since 1980 gates have opened and travellers have been blessed with the opportunity to visit this uniquely spiritual region, at breathtaking altitude, full of golden monasteries and incense.

Buddhism has long held sway over every aspect of Tibetan life, and its rich religious heritage is still very much in evidence. As the highest region on earth, with an average altitude of 4900m, it is perfect destination for mountaineers and trekkers.

Lhasa is Tibet’s most important and most visited city – it has two parts one Chinese and one Tibetan. The main attractions of Lhasa lie in the Red Palace or Potala, which was home to successive Dalai Lamas and which dominates Lhasa and the valley. Other attractions are the Drepung Monastery which was once the largest cloister in the world and whose ancient stone buildings cling to the sharp face of a mountain. The Sera Monastery and Ganden Monastery are also worth visiting.

Outside of Lhasa, Gyantse, in the Nyang-chu Valley is famed for the largest chörten (stupa) in Tibet. Don’t miss the opportunity to go hiking in Yarlung Valley, widely considered the cradle of Tibetan civilization. Visit Tsetang and marvel at the monkey cave in Gangpo Ri.

The early Tibetan empire was one of Asia’s largest, to the extent that it sacked even the Chinese capital Xian in 763 AD. The arrival of Buddhism in the eighth and ninth centuries fundamentally reshaped the nation’s psyche, transforming the warring empire into one of the world’s most spiritually advanced regions. Tibet was briefly occupied by the Mongols when they ruled China (1279-1368) and the region came under Manchu control in the 18th century. Chinese authority weakened in the last years of the Qing Dynasty (1644-1911) and almost vanished during the Republican period (1912-49).

Up until the early 20th century Tibet remained essentially a feudal theocracy under the leadership of the reincarnated Dalai Lamas, who had full control over internal affairs, with wealth, education and political power vested in the hands of powerful monasteries. Tibet had long cut itself off from the rest of the world, to its high Himalayan passes and closing the doors to foreign travellers, a policy that increased the nation’s exotic mystique abroad.

In 1951, following a military conflict, Tibet was incorporated into the newly established People’s Republic of China. A brief revolt broke out in 1959, during which the Dalai Lama fled to India. The previous Tibetan government was abolished and Tibet was organised as an autonomous region of the People’s Republic of China. Under Chairman Mao, thousands of Tibetan monks were sent to labour camps, monasteries were destroyed wholesale and ancient temples were leveled

Since the death of Mao, economic and ideological reforms have partially reversed the damage done during China’s Cultural Revolution, as freedom of religion, private enterprise and traditional family-unit land-use patterns have crept back into Tibet, though political tensions remain. Violent Tibetan demonstrations rocked the region in 1987, 1989 and 2008 and the Tibet issue continues to be an international thorn in China’s side.

With modernisation and the explosion of the tourism industry, there has been enormous Chinese immigration, with hotels and resorts springing up every week to accommodate the wave of Chinese tourists. The economy is booming, and coming years will no doubt see a wave of change in Tibet.