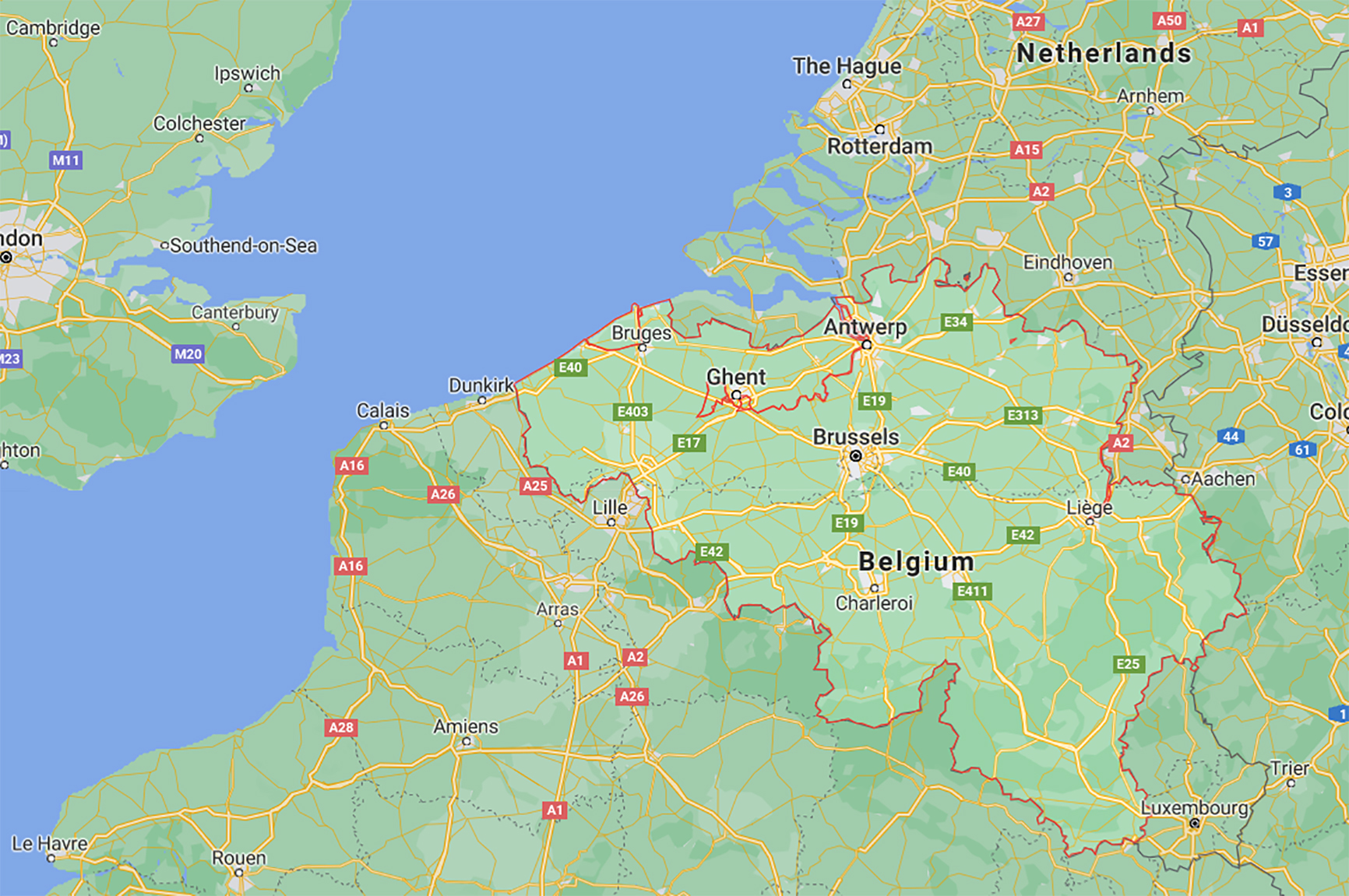 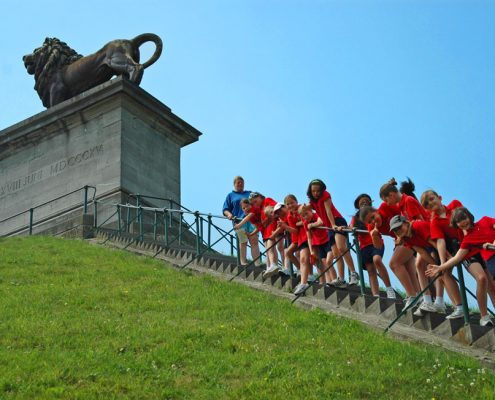 Belgium is situated in Western Europe, on the frontier with the North Sea. Belgium borders France, Germany, Luxembourg and the Netherlands, and is made up of the regions of Flanders, Wallonia and Brussels.

Three main topographical regions: the coastal plain in the north-west, the central plateau, and the uplands in the south-east. The coastal plain consists largely of sand dunes and polders, which are areas of land close to or below sea level that have been reclaimed from the sea. They are protected by dikes or fields that have been drained with canals. The second region, the central plateau, has gentle slopes, fertile valleys and waterways. Here one can also find rougher land, including caves and small gorges. In the southeast, the Ardennes is a more rugged region. It is a rocky, densely forested plateau, where very little farming is possible. Much of Belgium’s wildlife can be found in this region.

Belgium is truly one of Europe’s most underrated destinations. Belgium is the perfect place to explore some Christmas markets in December. They’re everywhere, twinkling with lights and steaming with hot, mulled drinks. Try the charming medieval cities of Brussels and Bruges for the very best of snow-covered markets, and make sure you stop for a coffee and a steaming waffle to keep up your shopping stamina. While you’re in Brussels don’t miss the UNESCO-listed Grand-Place, and take your pick of Art Nouveau architecture, flea markets and Michelin starred eateries. The city of Ghent has hundreds of ancient listed buildings – the Gravensteen castle, and St Bavo’s Cathedral are unmissable. On the other hand, Antwerp is also worth a visit for its young art and fashion scene alone. And finally, there’s no doubt that the Belgians are King of Chips – twice and triple fried, served piping hot with fresh mussels and homemade mayonnaise, there’s nothing more delicious.

Belgium is home to two major linguistic groups: the Dutch-speaking community, largely based in Flanders (about 59% of the population), and the French-speaking community, mostly in Wallonia (41% of Belgians). There is also a small group of German-speakers in Eastern Wallonia who are officially recognised. The Brussels-Capital Region, officially bilingual, is a largely French-speaking enclave within the Flemish Region. Belgium’s linguistic diversity and related political conflicts are reflected in its history and complex system of government.

Historically, Belgium, the Netherlands and Luxembourg were known as the Low Countries, or Belgica in Latin, after the Roman province of Gallia Belgica. From the end of the Middle Ages until the seventeenth century, the territory was a prosperous and cosmopolitan centre of commerce and culture. From the sixteenth century until the Belgian Revolution in 1830, when Belgium seceded from the Netherlands, the area of Belgium was a battleground for many European powers; its reputation as the “Battlefield of Europe” was further entrenched by both World Wars.

Upon its independence, Belgium gained a number of colonies in Africa. The second half of the twentieth century was marked by rising tensions between the Flemish and the French populations, fuelled by the language barrier and unequal economic development in Flanders and Wallonia. This continuing antagonism has led to several far-reaching reforms, including the transition from a unitary to a federal arrangement during the period from 1970 to 1993. Despite the reforms, tensions between the two groups remain; the formation of a coalition government took eighteenth months following the June 2010 federal election.