“It was very still, with the silence which we have driven from our world.” Wilfred Thesiger, Empty Quarter, Arabian Peninsula 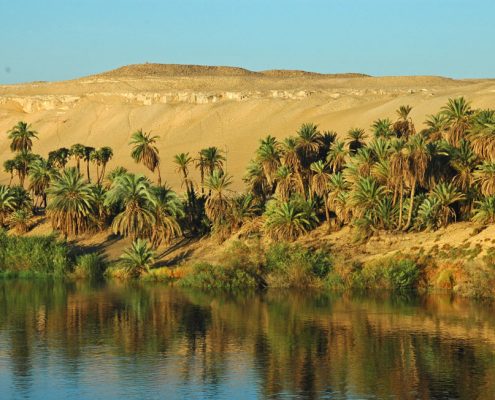 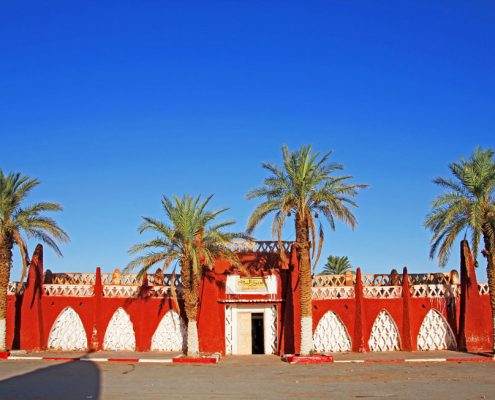 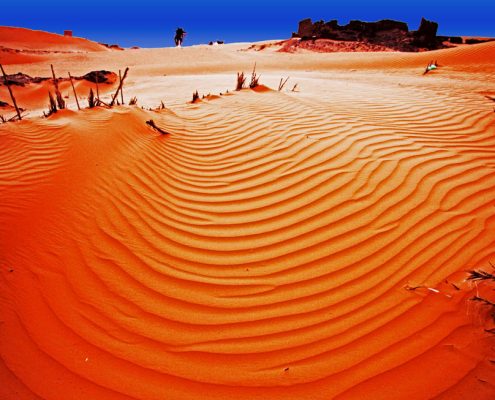 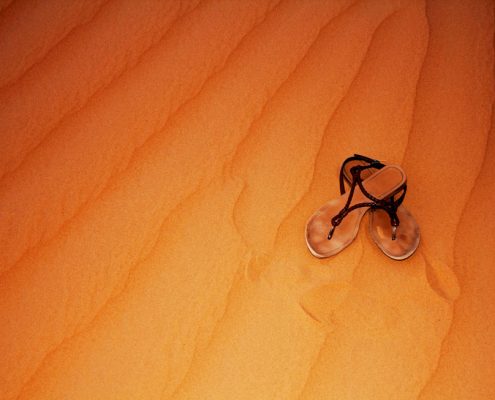 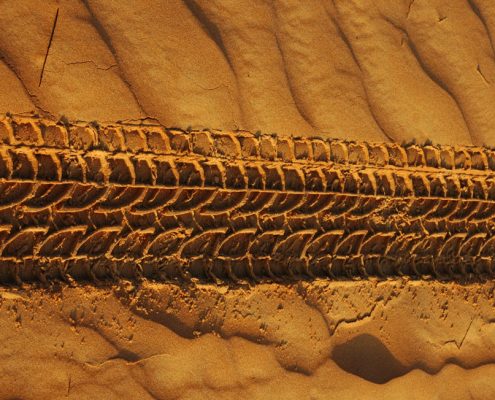 The Sahara – engulfing most of North Africa and covering an area almost as large as China, the Sahara’s size is simply impossible to comprehend. Golden, shifting sand dunes soar up to 300 metres and hard rocky plateaus stretch as far as the eye can see in the shimmering heat. Look forward to dinosaur fossils and 7000 year old rock paintings. Despite its barren appearance, the Sahara supports a fragile ecosystem, allowing you to see hyenas and desert foxes – but watch out for the scorpions.

The Kalahari Desert is a huge sand basin in southern Africa, a dry savannah filled with golden grass and red dunes. It receives more rain than most true deserts, allowing vegetation and animal life to thrive: see springbok, cheetahs, jackals and porcupines. You can explore the desert from a luxury lodge or guest farm, or even sleep out under the star-spangled night skies.

Stretching 600 miles through Peru and northern Chile, the Atacama Desert is officially the driest place on earth. Many areas haven’t seen a single drop of rain since humans started keeping records, making them entirely lifeless – more sterile than any hospital. The coastal regions, though, are often plagued by a dense fog known as camanchaca, which nourishes cactuses and ferns. Home to the world’s most powerful telescopes, scientists scour the crystal clear skies from enormous observatories. From San Pedro de Atacama you can explore archaeological remains and indigenous culture, see llamas, alpacas, and flamingos, walk on enormous salt flats and cycle through the magical Valle de la Luna at twilight.

The Patagonian Desert in southeast Argentina is the seventh largest in the world, dominated by tablelands, valleys and canyons. It is a winter desert, with average temperatures of just 3 degrees Celsius – frost is not uncommon, but snow extremely rare. Such delights as the burrowing owl, pygmy armadillo and lonely guanaco can be seen, or for the more adventurous there’s quad biking, horse riding and, of course, countless walks. The high whistling winds, flat open road and endless horizons never fail to impress visitors to this wilderness at the very ends of the earth

The Gobi Desert in north-western China and Mongolia has the world’s most ancient trading route, the Silk Road, running right through it. Mostly covered in exposed bare rock rather than sand, it can experience extreme temperature changes of as much as 35 degrees Celsius within as little as 24 hours, and high winds bring icy sandstorms in the winter. Despite the unforgiving conditions, lucky travellers can glimpse of the rare Gobi brown bear, two humped camels, wild horses, golden eagles and even snow leopards. Even luckier are those to stumble upon a nest of preserved dinosaur eggs.

Walking through the Empty Quarter in the Arabian peninsula feels like stepping back in time. The Empty Quarter is a vast sea of khaki and orange sand, covering parts of Saudi Arabia, the UAE, Oman and Yemen. It is captivating in its austerity – hyper-arid, with temperatures climbing as high as 56 degrees Celsius – making palm-fringed oasis lakes seem all the more luscious and extravagant. Travelling under the guidance and protection of local Bedouin will give you a glimpse of their ancient customs and cultures.

The Nevada Desert in the United States is home to some of the most varied desert terrain in the world, including the infamous Death Valley, which, at over 200 metres below sea level, is also the driest, hottest place in North America. You can see 16,000 year old petroglyph canyons, gold-rush ghost towns, inspect artefacts from native tribes, and even take a trip to Las Vegas on the edge of the desert.

In the so-called Red Centre in Australia’s Northern Territory lies Uluru, the enormous sacred rock that glows so red it upstages the sunset. Standing proud amid flat, dry desert lands, its majesty can only be seen to be believed. This is the heart of the Australian outback, where oxidised iron in the soil gives the land its distinctive reddish hue. Alice Springs, a lush desert oasis, is the perfect place from which to start your explorations. Look out for 6 foot high red kangaroos, dingoes and prolific snakes.