Top tip: Starboard out – port in 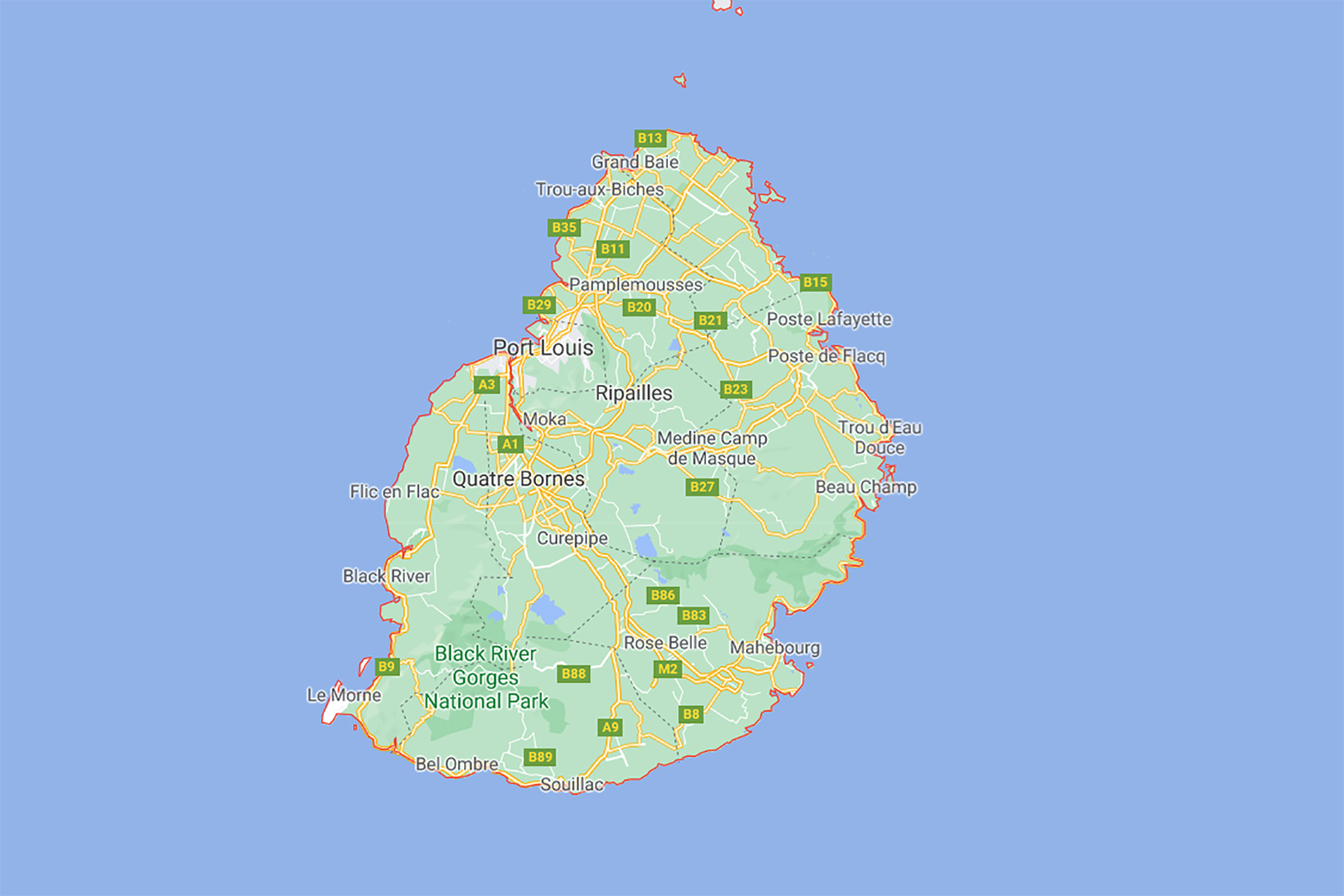 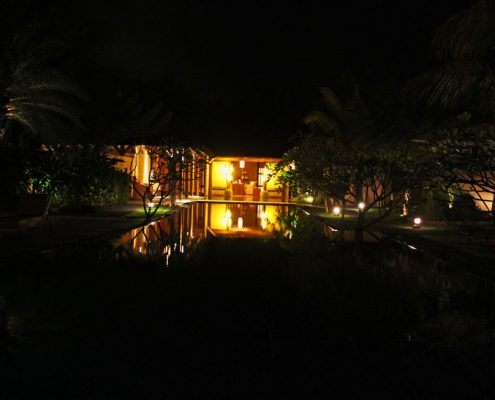 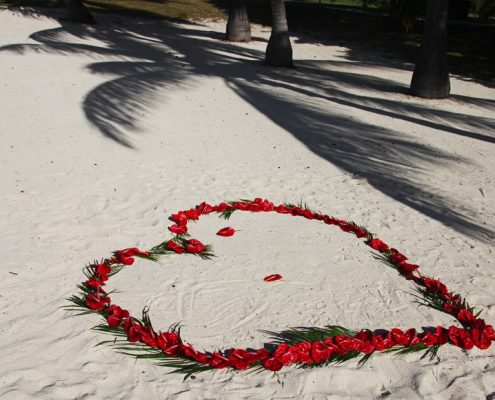 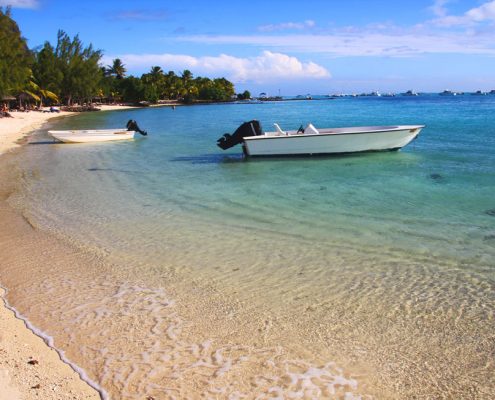 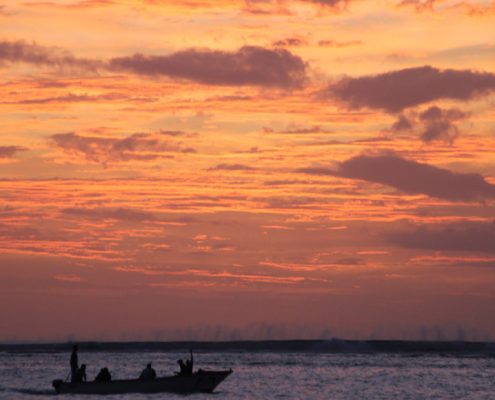 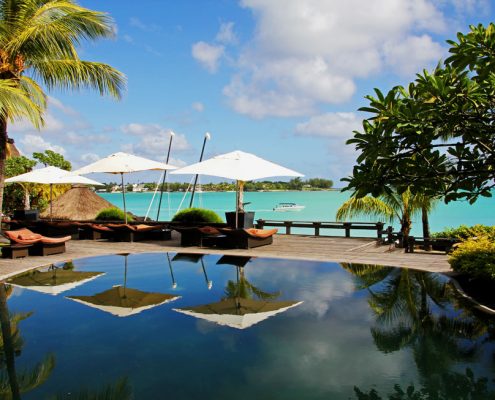 Located almost 1250 miles of Africa’s East coast this independent island group consists of Mauritius, Rodrigues and two smaller groups of islands and reefs. The island of Mauritius stands on what was once the land bridge between Africa and Asia known as the Mascarene archipelago.

The land rises to form a fertile plain, which to date has seen an enormous amount of sugar cane production. Mauritius was the home of the now extinct flightless Dodo bird.

The island has a warm coastal climate (particularly January to April), with relatively little seasonal variation in temperatures, although they are generally slightly lower inland, with more rain on the plateau around Curepipe. Cyclones may occur between November and February. Sea breezes blow all year, especially on the east coast.

An attractive island with a fascinating culture offering visitors a chance to enjoy some unique landscapes, scenery and excellent beach areas. The island’s capital and main port, Port Louis is sheltered by a semi circle of mountains, an attractive town with character and signs of its past elegance is still evident.

Mauritius is a beautiful island with picturesque villages and some of the best white sand beaches and colourful lagoons surrounding the Indian Ocean. The recent development of nature reserves and conservation projects provides visitors with superb opportunities to explore the interior of the island, which is rich in exotic flora and fauna. In spite of the growth of tourism, the Mauritians remain some of the friendliest and welcoming people in the world.

A heady fusion of Asian, African, French and British influences, Mauritius is a sparkling Indian Ocean island that enchants nearly all who visit. Mauritius is one of the wealthiest countries in Africa, a successful, multicultural society where brightly painted Indian temples sitting alongside French colonial mansions illustrate the friendly co-existence of diverse peoples. With fresh baguettes for breakfast and tangy coconut curries in the evening, even the cuisine incorporates the best of every world.

Since the island remained uninhabited until the 16th century, it developed a wealth of biodiversity. Nowadays, eco-tourism opportunities abound, and Mauritius offers far more by way of activity than most tropical islands. Whether you are a keen mountain climber or a first-time scuba diver, one of the many luxury hotels will satisfy your demands. Failing that, Mauritius’ pristine white sand beaches are the perfect retreat for sun-lovers.

Mauritius history is a relatively short one. Although uninhabited until the 16th century Malay and Arab mariners arrived before any Europeans. The Portuguese sailor Pedro Mascarenhas, whom the island was named after, was the first European to visit the islands. However, the Portuguese laid no claim to the islands leaving it open to the next Dutch party landing in 1598. Mauritius subsequently became an important port of call for the Dutch, French and English trading ships.

It was from Mauritius that the Dutch Captain, Tasman, set sail on his voyage that led to the discovery of Australia.

The Dutch settlement lasted until 1710 by which time the introduction of sugar cane and slaves to work it has taken its toll. The decimation of the island’s ebony forests and extermination of the Dodo and other indigenous birds was complete. In 1710 the island was abandoned leaving the French to claim it in 1715. Known as the Isle de France the French imported more slaves from the African mainland to work their sugar, cotton, indigo, clove, nutmeg and other spice plantations.

Mauritius was also proving a useful base from which the French ships could hassle English ships on their way to India. For nearly a hundred years Mauritius proved a constant problem to the British, and it was not until 1810 that the French forces were beaten by the British naval squadron which launched its attack from the nearby island of Rodrigues. By the end of the Napoleonic Wars the island was ceded to Britain, however, the French way of life, religion, custom and language have remained prominent ever since. The official languages are English (not widely spoken) and French, but the majority of people speak Creole, an interesting French-Bantu-Malagasy mixture.

The population continued to grow with the British importation of Indian workers. The majority of today’s inhabitants are descendants from Hindu and Muslim Indian immigrants who were brought over as contract labourers. Mauritius remained an extremely important port of call until the opening of the Suez Canal.

Mauritius gained independence in 1968 under Sir Seewoosagur Ramgoolam who led the independence movement. Since it became the Republic of Mauritius, with Ramgoolam as its leader Mauritian politics have been dominated by the Ramgoolam family and by the two principal figures of the Mauritian Left, Paul Bérenger and Anerood Jugnauth.