Top tip: Never forget your raincoat in the mountains 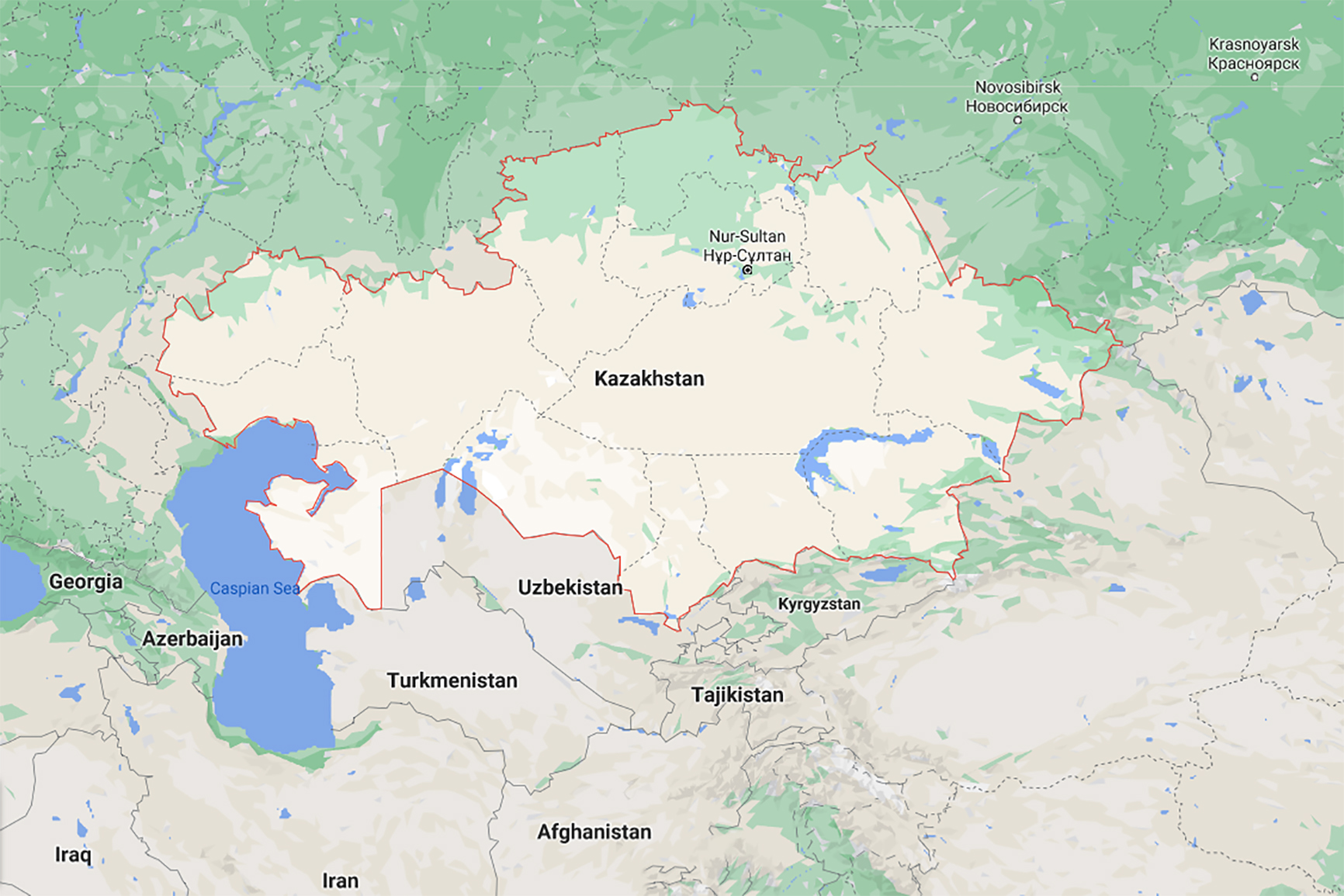 Kazakhstan is a landlocked country that extends across both sides of the Ural river, and so is part of both Asia and Europe. Roughly equivalent in size to Western Europe, Kazakhstan is the ninth-largest country in the world. It shares borders with Russia, Uzbekistan, China, Kyrgyzstan, and Turkmenistan.

Kazakhstan’s terrain extends west to east from the Caspian Sea to the Altay Mountains and north to south from the plains of Western Siberia to the oases and deserts of Central Asia. The Kazakh Steppe, the world’s largest dry steppe region, occupies one-third of the territory. The steppe is characterised by large areas of grasslands and sand. Major seas, lakes and rivers include the Aral Sea, Lake Balkhash and Lake Zaysan, the Charyn River and gorge and the Ili, Irtysh, Ishim, Ural and Syr Darya rivers.

The climate is continental, with summers reaching as high as 36 degrees Celsius, while winters can be as cold as -25 degrees Celsius. Precipitation varies between arid and semi-arid regions – in the desert there’s barely any rain, but in the mountains you’d be foolish to step out without a raincoat!

The most ancient of trade routes, the Silk Road, runs through Kazakhstan, linking Asia and Europe and is a wonderful way to get to know this vast nation of unique culture. Don’t miss the Aksu-Dzhabagly Nature Reserve, the oldest national park in Central Asia and a haven for enthusiastic walkers and trekkers after a slice of unspoilt nature. In some of Kazakhstan’s most pristine wildernesses you may even be lucky enough to catch a glimpse of the boldest of snow leopards. Follow the Silk Road to Turkistan, a popular pilgrimage destination where you can visit Kazakhstan’s greatest architectural monument, the mausoleum of Kozha Akhmed Yasaui. Sit down to a bowl of steaming hot soup with fried, doughy baursaki balls on the side, or try a slow-cooked kazy horsemeat sausage with onions piled on the side. Make new friends wherever you go by sitting down and sharing a cup of chay – this spiced tea is a Kazakh staple.

The territory of Kazakhstan has long been inhabited by nomadic tribes. In the thirteenth century, Genghis Khan occupied the country, his army destroying many of the towns and carving up territory between his sons. By the sixteenth century, the ethnic Kazakhs had gained dominance, integrated and reformed into three Zhuze (ancestor branches occupying specific territories): the Junior, Middle and Senior Zhuze.

The Russians began advancing into the Kazakh steppe in the eighteenth century, and by the mid-nineteenth century all of Kazakhstan was part of the Russian Empire. Following the 1917 Bolshevik Revolution and subsequent civil war, the territory of Kazakhstan was reorganised several times before becoming the Kazakh Soviet Socialist Republic in 1936, an autonomous republic of the Soviet Union.

Kazakhstan was the last of the Soviet republics to declare independence following the dissolution of the USSR in 1991; the current President, Nursultan Nazarbayev, has been leader of the country since that year. He has eschewed Iranian-style Islamism and pursued instead a quasi-secular capitalist system in the Turkish model. He also recently founded a new capital city, Astana, which is based on a former Cossack fortress and located 750 miles north of the old capital, Almaty.