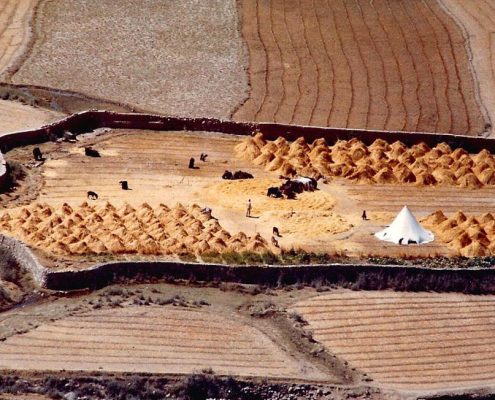 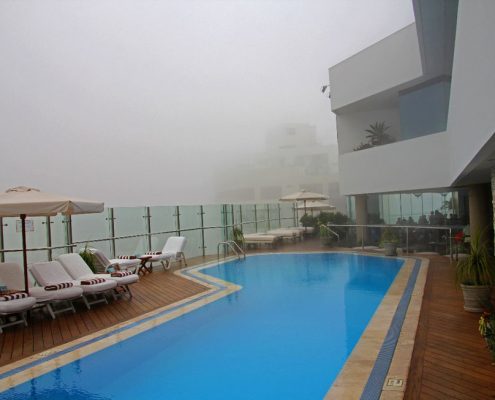 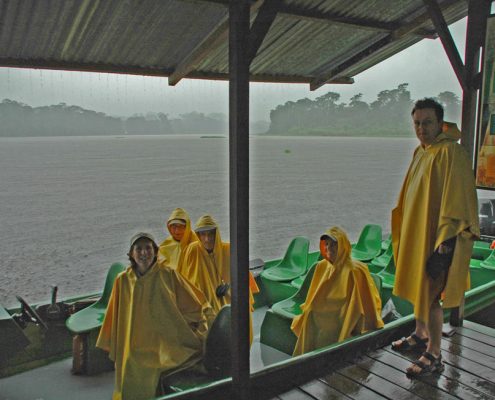 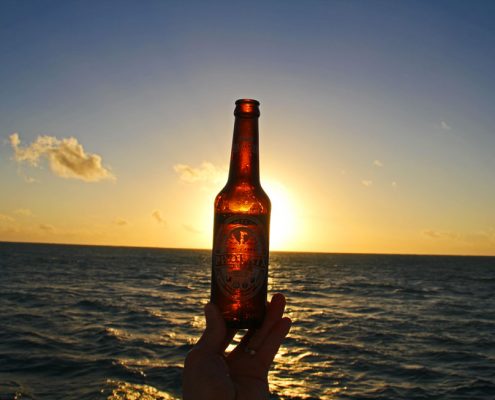 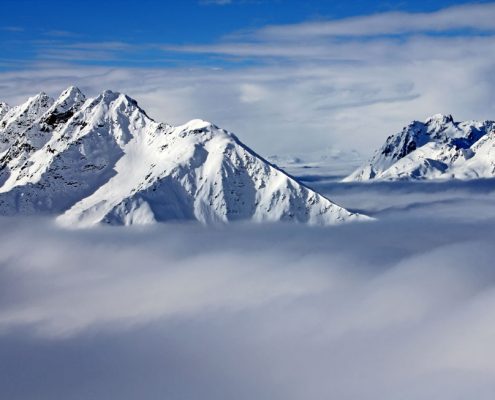 In the USA, the Upper Midwest and Great Lakes regions have a humid continental climate, but with high snowfall in the winter. The Southwest and the Great Basin are affected by monsoons from July-September. The state of Alaska is largely sub-arctic. The archipelago state of Hawaii is tropical, as is extreme southern Florida. The South-eastern United States, including Texas and Florida, generally have a warm or hot, humid, subtropical climate with high rainfall. The southwest is desert, with daytime temperatures exceeding 38°C for months at a time in summer.

Temperatures fall below freezing almost everywhere in Canada during the winter. Along the Arctic Circle, mean temperatures are below freezing for seven months a year. However, the southwestern coast has a relatively mild climate. During the summer months the southern provinces often experience high levels of humidity and temperatures that can surpass 30°C. Western and south-eastern Canada experiences high rainfall, but the prairies are dry with only 250 mm to 500 mm of rain every year.

In general, Central America has a distinct wet and dry season. Temperatures are relatively similar year round, but rainfall varies considerably from nearly none at all to 12 inches or more in a single month. The wet season runs from June to October and the dry season from mid November to May. In central and north Mexico the dry season is longer and although there is a wet season the rain usually falls in late afternoon for a short period. The height of the wet season can be very hot and humid.

Trade Winds bring steady sea breezes in to the Caribbean from the northeast year-round, which temper the heat of the sun’s rays, so the Windward Islands’ weather will always feel milder than the Leewards’, and the north eastern sides of most islands will see milder temperatures than the southwest corners. The north eastern sides of the islands are also nearly always more lush and heavily precipitated. Travelling between December and May and you are guaranteed to miss any bad weather from the hurricane season. Barbados and Trinidad and Tobago are outside the hurricane belt.

In the Andean regions of Ecuador, Peru, and Bolivia the driest and coldest time of the year runs from May to November. As you move away from the Equator and reach higher altitudes, the temperature changes more dramatically, from below freezing point in the dry season to around 28°C or more in the wet season. Rain is spread more or less evenly throughout the year, making the wet season not too wet after all, particularly if you compare it with the Amazon river basin, coastal parts of French Guiana, Guyana and Suriname, the southwestern parts of Chile, Colombia and Ecuador‘s coast. The Amazon River basin has the typical hot and wet climate suitable for the growth of rainforests. There the climate is hot and humid, with temperatures in the range of 21 to 32°C. The drier season in the jungle roughly corresponds to the dry season in the Andes mountains. Chile and Argentina share some common weather patterns, such as in Patagonia, with temperatures below freezing during their winter months and powerful winds anytime of year. Buenos Aires can get very hot and humid during the summer. Antarctica can only be reached during summer months – November to March – throughout the rest of the year the access route is blocked by ice. It has the strongest winds on the planet and the minimum annual rainfall.

The climate of Australia varies widely, but by far the largest part of the country is desert or semi-arid. Only the southeast and southwest corners have a temperate climate with consistent rainfall and fertile land. Australia’s rainfall overall is the lowest of the seven continents, besides Antarctica. The seasonal temperature contrast is small. May-September is dry and warm in Queensland, while the summer season is hot and humid. Spring in Tasmania is mild and balmy. New South Wales is surf capital over Christmas, where sunshine is consistent and temperatures high, while the Northern Territory is perfect around June as the desert region begins to cool down.

New Zealand has a mild and temperate maritime climate with mean annual temperatures ranging from 10°C in the south to 16°C in the north. July is ski season in the south, while the north is sub-tropical.

Apart from New Zealand in the far south, the Pacific Islands are tropical in climate and experience only small fluctuations in temperature and daylight throughout the tear. Typical daytime temperatures are between 24°C and 31°C with only a few degrees drop at night time. Of greater significance to holiday-makers though, is the humidity level, which when high can be uncomfortable and brings severe downpours. Humidity increases during the tropical summer (November to April) and during this time the risk of tropical cyclones is present in the southern parts of the South Pacific, notably Fiji, Samoa, Tonga, Cook Island and French Polynesia.

The climate in Southeast Asia is mainly tropical-hot and humid all year round with plentiful rainfall. Southeast Asia has a wet and dry season caused by seasonal shift in winds or monsoon. The tropical rain belt causes additional rainfall during the monsoon season between June and September; the dry season begins in October, when temperatures rise, extending through to January and February, which are perfect for trekking in Nepal and northern India, while Laos, Burma, Philippines and Sri Lanka are typhoon-free and warm. Western Asia is primarily arid and semi-arid, and can be subject to drought and high winds, but it also contains vast expanses of forest and fertile valleys.

Africa is the hottest continent on earth, with deserts comprising 60% of the entire landmass. The northern half is primarily arid, while the central and southern areas contain some very dense rainforest regions. The north is cooler and very pleasant in November, December and January, and the south, including South Africa and Zanzibar, also offers lovely weather at this time. The East Coast can get incredibly hot, but the cooler months of July and August are dry and ideal for game viewing. Mauritius has a warm climate all year round, especially between February and October, when the weather is perfect.

Europe has a temperate climate, with a maritime climate prevailing on the western coasts and a Mediterranean climate in the south. The climate is strongly conditioned by the Gulf Stream, which keeps mild air over the high latitude north western region over the winter months. Summers range from mild in Scandinavia, where long evenings stretch to the midnight sun in the far north, to baking hot in the southernmost outposts of the Mediterranean. Eastern Europe is consistently warm and sunny in June-July, while the west is more likely to get the usual dousing of rain. Spring is a beautiful and affordable time to travel without the summer crowds, whether you want a less perishingly-cold skiing holiday, some hiking or a city break. Parts of Europe can get very cold between November and February when ski season reigns. It is also dark in the north, although a chance to see the northern lights in Iceland, Sweden or Norway makes up for the lack of sunshine. Although Russia can be freezing at this time, St Petersburg is pristine and romantic in the snow.