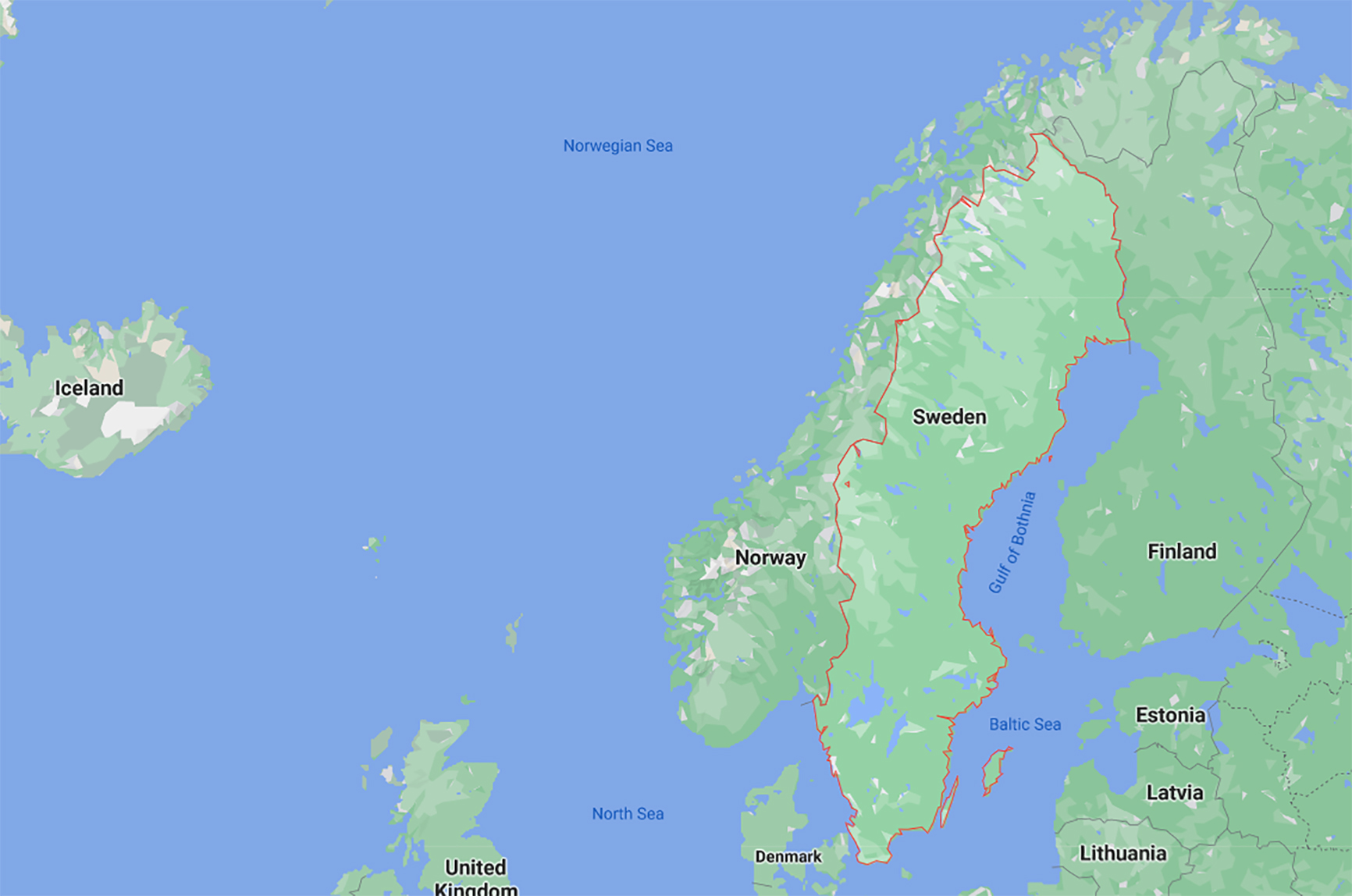 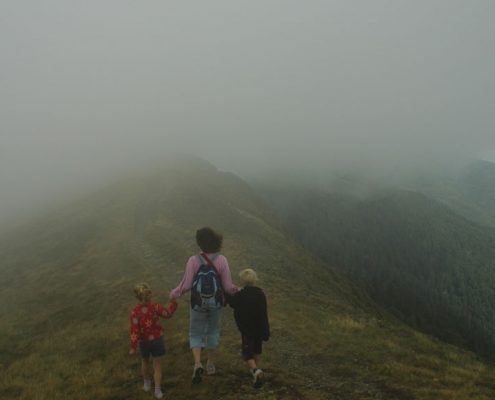 Sweden is bordered by Norway to the west and Finland to the Northeast, with a long Baltic coast to the east and south. There are a number of different landscapes throughout the country. Approximately half of it is forested and most of the many thousands of lakes are situated in the southern central area. The largest lake is Vanern, which covers an incredible area of 5540 sq. km (2140 sq. miles). To the north is Swedish Lappland which is predominantly mountainous and which stretches into the Arctic Circle.

Sweden is a long country and its climate varies accordingly. Summers can be very hot but get shorter further north where winters can be bitterly cold. The midnight sun is a spectacular sight and can be seen between mid-May and mid-June above the Arctic Circle. In the south the air and water temperatures in the summer are much the same as in the Mediterranean and the area has an excellent sunshine record.

Popular leisure activities in Sweden include hiking and cycling, with well marked routes laid out for both in almost every part of the country – particularly beautiful are especially in the national park areas of Sarek, Stora Sjöfallet and Padjelanta. There are also some splendidly situated golf courses for the golf enthusiast, and for those who feel so inclined, popular winter sports include skiing, skating, tobogganing and dog-sledding. Sweden, with a 6760 km (4200 mile) coastline and more than 96,000 lakes, is not lacking in water and water sports such as water-skiing,wind-surfing and all sorts of boating as well as the more gently paced fishing opportunities, are consequently also popular. Jamtland, bordering southern Lapland, has plenty of good hiking as well as fast flowing rivers ideal for adventurous fishermen. It is also famous for its abundant wildlife, with reindeer, buzzard, beaver, lynx and Sweden’s only herd of muskox. It is also possible to go climbing in the mountains that soar up towards the Norwegian border, including Sweden’s highest peak, Kebnekaise. Make sure to visit Visby, the country’s best-preserved medieval settlement, with its charming cobbled streets and the towering remains of the Sankta Karin church. Christmas time is a particularly exciting time to visit Lapland, especially if you’re travelling with children, who can meet Father Christmas at the Santaworld Theme Park.

From the 8th until the mid-11th century, Sweden’s Vikings spread throughout eastern Europe and Byzantium; sacking monasteries, plundering as much as their ships could carry, and providing some legendary characters, including Leif the Lucky and Ivar the Boneless.

The modern kingdom of Sweden, along with the advent of Christianity, came into being towards the end of the Viking era. When Margaret – then Regent of Denmark and ruler of Norway – acceded to the throne in 1387, an attempt was made to establish a united Scandinavia (the Union of Kalmar) but it was not destined to last much past her death. During the 15th century, the aristocracy were able to do much as they pleased at the expense of royal authority.

The Massacre of Stockholm in 1520 was occasioned by Christian of Denmark’s poorly thought-out attempt to reassert his authority in Sweden. During the subsequent rebellion, led by Gustav Ericksson Vasa, the Danes were defeated and Gustav was crowned King in 1523, establishing the House of Vasa and heralding Sweden’s rise to power within Europe. In 1611, Gustav II Adolf (better known as Gustavus Adolphus), one of the most famous names in Swedish history, ascended to the throne. Much 17th century foreign policy was dominated by attempts to transform the Baltic into a Swedish lake. By allying himself with Catholic France, Gustav won the last remaining Baltic territories not under their control – Prussia and Pomerania – but was killed at the battle of Lützen in 1632.

Throughout the 18th and 19th centuries Sweden lost of its non-Scandinavian territories; meanwhile political upheavals led to a string of royal dynasties ascending the throne. By 1818, the struggle for power had been concluded, with the Bernadotte family (which still rules) coming out on top. But while the country’s political leadership was assured, its overseas territories remained in a state of flux as a result of the rise of nationalism in Norway, which culminated in Norway’s transition to full independence in 1905.

By the beginning of the twentieth century parliamentary government had established itself in Sweden, despite strong Socialist opposition. The Socialdemokratiska Arbetarepartiet (SAP, Social Democrats) first gained power in the early-1920s and then, except for a short break in 1936, held power continuously from 1932 until 1976. Since the end of the Second World War, in which Sweden remained neutral (as it had done in the First World War), the country continues to enjoy economic growth and an expanding welfare state.