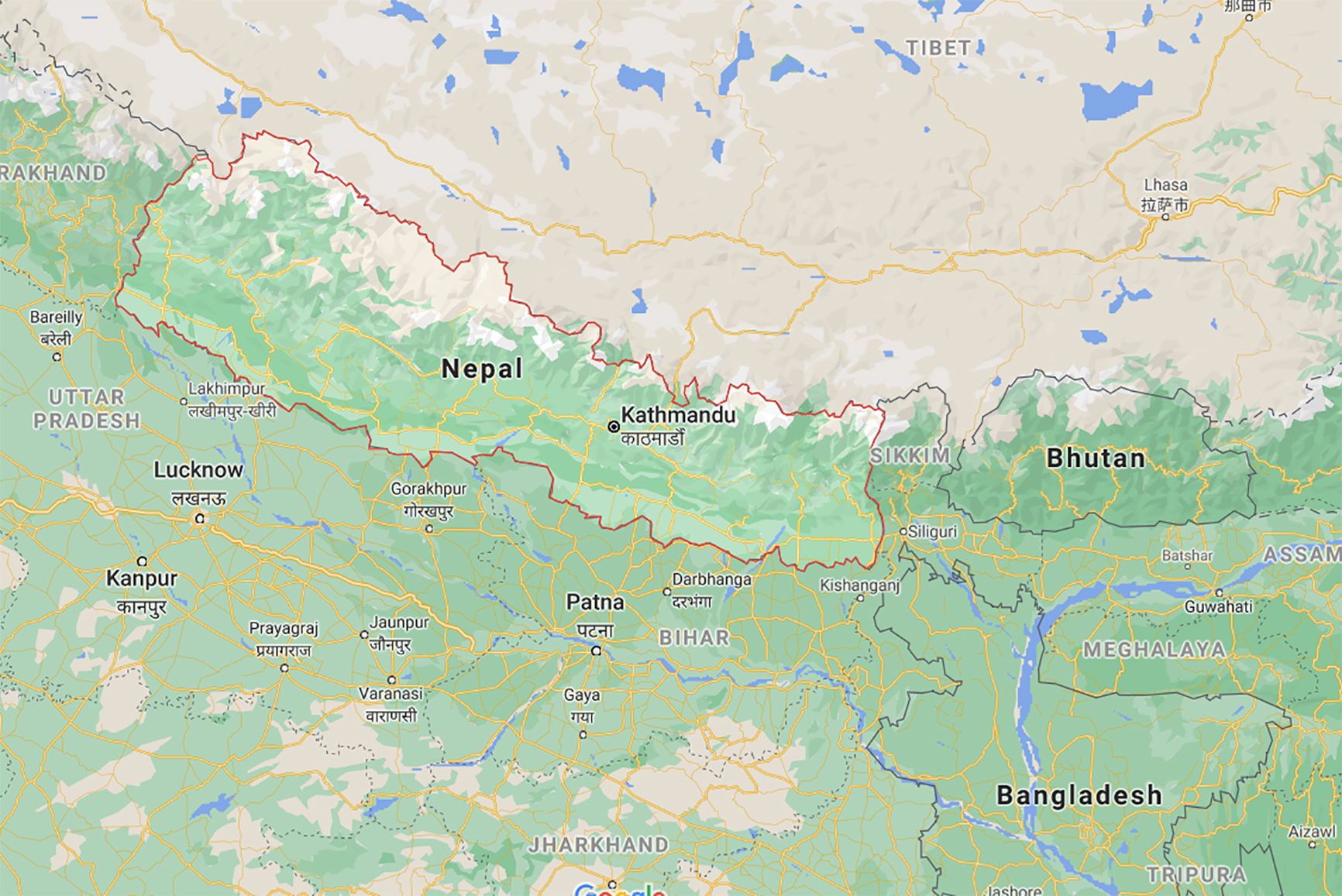 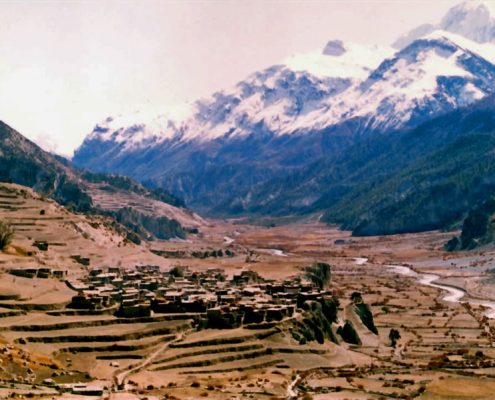 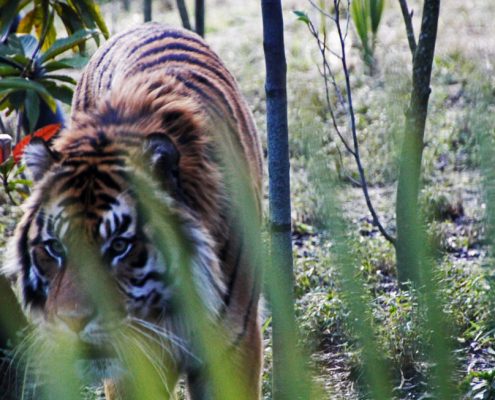 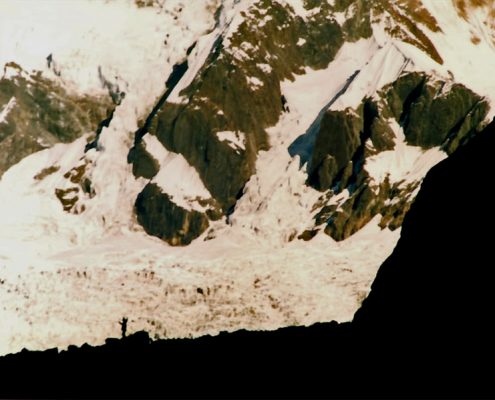 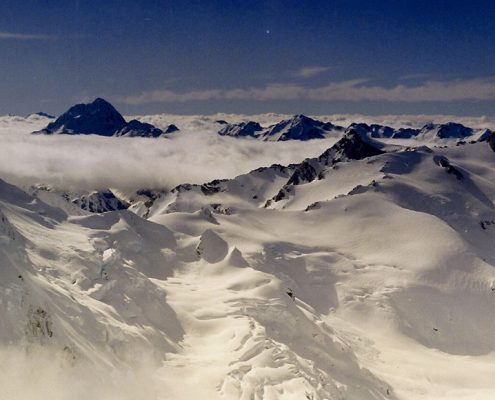 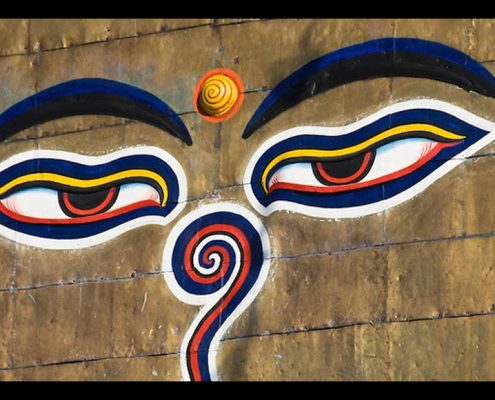 Nepal is a landlocked country, sharing borders with Tibet and India. It can be divided into five separate areas, the Terai, the Siwaliks, the Mahabharat Lekh, the Midlands or Pahar and the Himalayas.

The greater part of the country lies on the southern slope of the Himalayas, extending down from the highest peaks to the upper edge of the Ganges Plain. The hilly central area is crossed by the Lower Himalayas where there are eight of the highest peaks in the world, including the legendary Mount Everest.

Nepal’s weather is generally predictable and pleasant. Summer and the monsoon are from June to October. The remainder of the year is dry although Spring and Autumn are the most pleasant seasons to visit. In the winter, temperatures drop to freezing and there is a high level of snowfall in the mountains.

Kathmandu, a beautiful city with a number of Buddhist and Hindu religious sites is a good base from which to explore the cultural and natural delights of the surrounding area.

The National Art Museum is in Bhaktapur, located in the old Malla Palace. It is worth visiting for its unusual and colourful animal paintings on the second floor. There are an enormous variety of shrines in the Kathmandu Valley, for example the Shrine of Ganesh the Elephant-God, reputed to bring good luck to all who visit.

For those interested in wildlife, Nepal has eight national parks and four wildlife reserves, the best of them being the nearby Royal Chitwan National Park which is overflowing with wildlife. It also has a number of lodges where visitors can stay and enjoy the experiences of canoeing, white-water rafting and elephant rides.

Nagarkot Village is situated on the rice steppes in magnificent countryside, and provides spectacular views of Mount Everest. The hill town of Gorkha is the ancestral home of the Shah dynasty and the residence of the original Gurkha soldiers. There is a lively bazaar and the Royal Trek to Pokhara begins here. The secluded town of Pokhara is 200km west of Kathmandu in the centre of Nepal on Lake Phewa.

Known as the abode of the Gods, the birthplace of Lord Buddha, Nepal remained secret and isolated until the second half of the 20th century, with restrictions long limiting tourists to particular destinations. Luckily for us, travel to Nepal is now much easier, and most people can’t get enough of it.

The mountains are perhaps the main reason for visiting Nepal. Only 14 peaks in the world are over 8000 metres and 8 of these are in Nepal, one being Mount Everest at 8848 metres. Fantastic trekking opportunities for all levels of fitness – or, if you don’t fancy getting your walking boots on, it is possible to organise a light aircraft for some spectacular bird’s eye views of the peaks.

It is also the perfect place to see a variety of wildlife, including tigers, leopards, elephants, buffalo and deer. It has a fantastic artistic and architectural heritage, so pleases those looking for a little culture as well as adventure lovers, who can indulge in white water rafting, kayaking, mountain biking and hiking to their hearts’ content.

Nepal was created from an amalgam of small principalities in 1768 under King Prithvi Narayan Shah. Under the control of a hereditary king, Nepal then became a ‘buffer state’ between the British empire and the territories to the north.

The country became formally independent in 1923, but it was not until 1947 and the total withdrawal of the British from the region that Nepal achieved genuine independence. In 1951, the ruling Rana family were overthrown in a coup organised by the Nepali Congress, and a hereditary monarchy was restored under King Tribhuvan.

Four years later he was succeeded by his son, King Mahendra. In 1959, Mahendra established a parliamentary constitution, and the ensuing elections were won by the Nepali Congress (led by BP Koirala) which had played a key role in the re-establishment of the monarchy. A year later however, a royal coup led to the banning of all political parties and the establishment of a constitution based on the traditional village councils (the Panchayat system).

In the 1980s there was a steady increase in opposition to this system, the face of which a mix of repression, censorship and cosmetic administrative reforms were brought in to defuse the situation. In 1986, a member of the minority Newari community, Marich Man Singh Shrestha, became Prime Minister for the first time. Then, in 1990, growing public unrest forced the King to accept political parties and introduce a draft constitution allowing for direct elections to a bicameral parliament.

The first two polls under the new system, held in 1991 and 1994, were won by the Congress Party (linked to the Indian party of the same name) and the United Marxist-Leninist Party (UML) respectively. Both parties are rife with factional infighting with the result that Nepal lacked a truly stable government throughout the 1990s. The Congress Party was returned to office once again in May 1999. From this point onwards, Nepal was engaged in a decade long civil war..

The Maoist-inspired Nepalese Communist Party pulled out of constitutional politics in 1996 and launched an armed struggle. The guerrillas attracted large-scale support from the impoverished peasantry and had an estimated 15,000 personnel under arms.

In June 2001 the Nepali monarchy almost self-destructed in a strange incident when the heir apparent to the throne, Crown Prince Dipendra, lost control of himself in the royal palace and murdered several members of his immediate family – including King Birendra – before committing suicide. The senior remaining Royal, Gyanenda, assumed the throne. The new monarch lacked the popularity of his predecessor amongst ordinary Nepalese and, along with his government, faced some formidable problems, including the Maoist insurgency, a squabbling parliament and a very weak economy.

He also inherited a new Prime Minister, Sher Bahadur Deuba, after his predecessor, the deeply unpopular Girija Prasad Koirala was forced out of office. The Maoists controlled much of the countryside and had established their own state-within-a-state in western Nepal; and insurgency spread to the capital. In addition, a collapsing tourist industry was damaging the economy. In October 2002, Gyanendra sacked Prime Minister Deuba and the Cabinet, and assumed some executive powers himself, postponing forthcoming elections.

The Nepali government now began negotiations with the rebels, and managed to reach an accord on political reforms and a new constitution. In January 2003, the rebels announced a ceasefire. This held until the following September, by which time the Nepali government was in disarray, mainly due to squabbling over negotiating strategy. Nepal had its third prime minister in nine months: Surya Bahadur Thapa was appointed to the post by King Gyanendra in mid-2003 following his predecessor’s failure to form a government. Thapa too resigned in May 2004, after weeks of street protests by opposition groups against his Royalist stance, only for Sher Bahadur Deuba to be reinstated by the king. The rebel violence culminated in August 2004 in a week-long blockade of Kathmandu.

On February 1 2005, King Gyanendra sacked the Nepali government for a second time, declaring a state of emergency, keeping politicians under strict surveillance and curtailing press freedoms. Since assuming direct control, he has sought to appoint a mainly pro-monarchist cabinet, amid concerns that the King was seeking to impose an Absolute Monarchy, and worries that the state of emergency would only strengthen the insurgency by highlighting the weaknesses of democracy and of a monarchy that asserts interventionist power. King Gyanendra assured the world that his measures were only temporary and that he wished to re-install democracy within three years.

However, the elections for the constituent assembly on May 28, 2008 overwhelmingly favored the abdication of King Gyanendra and the establishment of a federal multiparty representative democratic republic The first President of Nepal, Ram Baran Yadav, was sworn in on July 23, 2008.