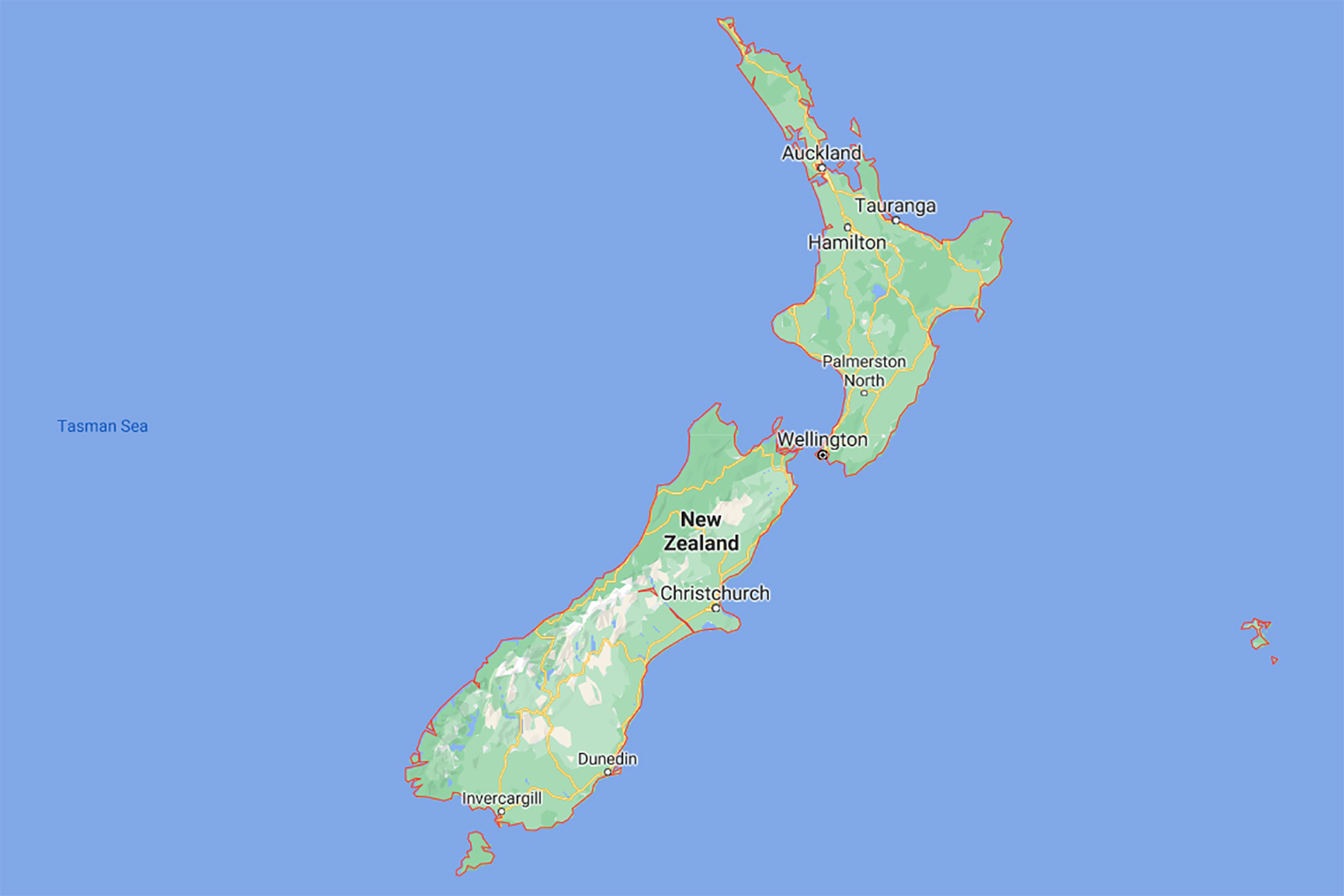 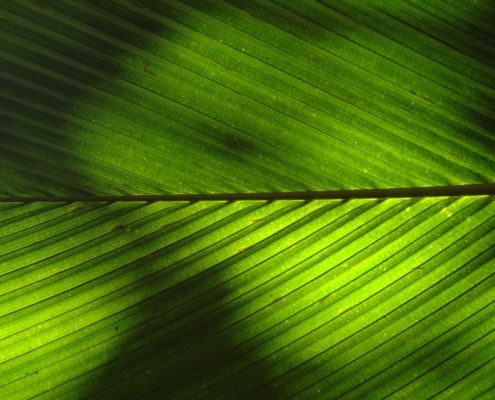 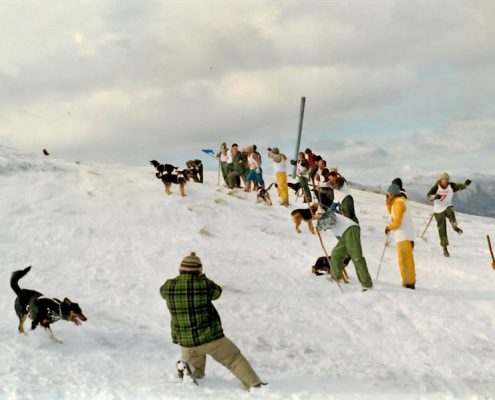 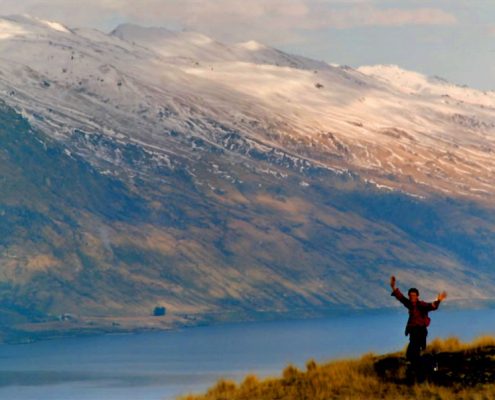 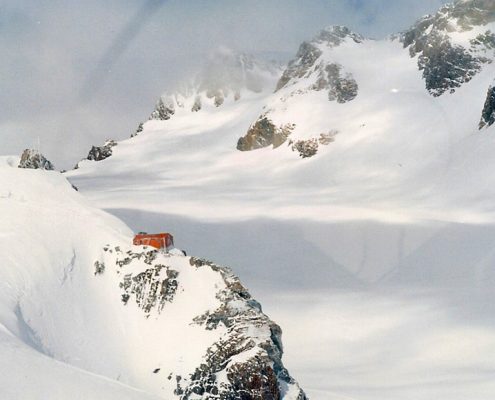 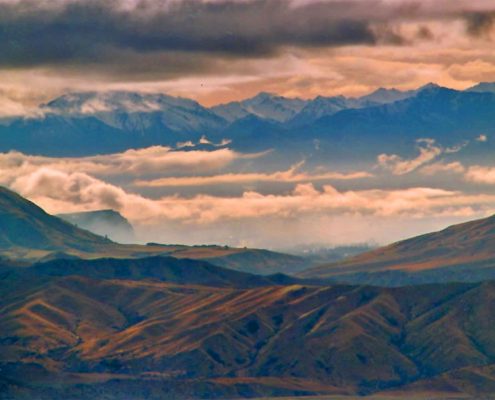 New Zealand is 1930km (1200 miles) Southeast of Australia. Its two major islands, the North Island (44,197sq miles) and the South Island (58,170sq miles), are separated by Cook Strait. Stewart Island is located immediately south of the South Island and the Chatham Islands lie to the Southeast of the North Island. Temperatures decrease as you move southward Compared to its enormous neighbour Australia, New Zealand is relatively small (about 20% more land mass than the British Isles). Two-thirds of the country is mountainous: a region of fast flowing rivers, deep lakes and dense subtropical forest known as ‘bush’. The country’s largest city, Auckland, is situated on the North Island. Around Rotorua, 149 miles south of Auckland, there is explosive thermal activity, making the area a world-famous tourist attraction. The South Island is larger although more sparsely populated, with an alpine ridge stretching the whole length of the island, culminating in Mount Cook, the country’s highest peak.

New Zealand is a small country of incredible contrasts ranging from pristine beaches to snow-capped Alps, protected marine parks to prehistoric forests. North Island’s main attractions include the Bay of Islands offering superb diving and game fishing and Rotorua, with its geysers, pools of boiling mud, springs of hot mineral water, silica terraces, coloured craters and hissing fumaroles. Nearby, Lake Taupo and Tongariro National Park are stunning and Wellington, New Zealand’s pleasant capital city offers splendid views across to the nearby South Island which can be reached by ferry. The highlights of South Island are numerous and varied. The Southern Alps dominate with Mount Cook and Franz Josef and Fox glaciers offering a variety of activities. Queenstown is known as New Zealand’s ‘adventure capital’ and further south is Milford Sound with superb walking and boating opportunities. Other famous treks on South Island include the Abel Tasman Track and the Queen Charlotte Track. Whale-watching is on offer in Kaikoura, on the east coast and Christchurch is an ideal place to relax. If you are looking for action-packed adventure in stunning scenery, New Zealand is the place to go!

This country is for the most part utterly unspoiled and incessantly photogenic – as you round every corner you’ll stop and marvel at yet another mesmerising view. A world leader in eco-tourism with outstanding camping facilities and the self-proclaimed ‘adventure capital of the world’, New Zealand is a haven for lovers of the Great Outdoors. Glimpse the reclusive kiwi bird, take a hair-raising bungee jump or sky dive, get involved in the national obsession – rugby – and sample some of their internationally renowned wines.

New Zealand was first settled by the Polynesian Maoris, a well-ordered tribal society led by hereditary chiefs and a powerful priesthood. The first European arrival was the Dutchman Abel Tasman in 1642, but it was not until the arrival of Captain James Cook in 1769 and 1779 that the islands were charted and explored. British settlers began to emigrate in 1840 and Wellington was founded soon afterwards. New Zealand was granted internal self-government in 1852 and in 1893 it became the first country in the world to extend the vote to women. New Zealand became a Dominion ofthe British Empire in 1907 and its troops fought in both World Wars.

The Great Depression meant the election of New Zealand’s first Labour government, the establishment of a comprehensive welfare state and a protectionist economy. New Zealand increasingly prospered following the Second World War and Maori peoples began to leave their traditional rural life and move to the cities in search of work. A Maori protest movement gained traction, which fought for greater recognition of Maori culture and the Treaty of Waitangi. In 1975, a Waitangi Tribunal was set up to investigate alleged breaches of the Treaty, and from 1985 also investigated historic grievances. The government has negotiated settlements of these grievances with many iwi (“peoples” or “nations”), although Maori claims to the foreshore and seabed have proved controversial in recent years.

Between March 2005 and August 2006 New Zealand became the only country in the world where all the highest offices – Head of State, Governor-General, Prime Minister, Speaker and Chief Justice – were occupied simultaneously by women.