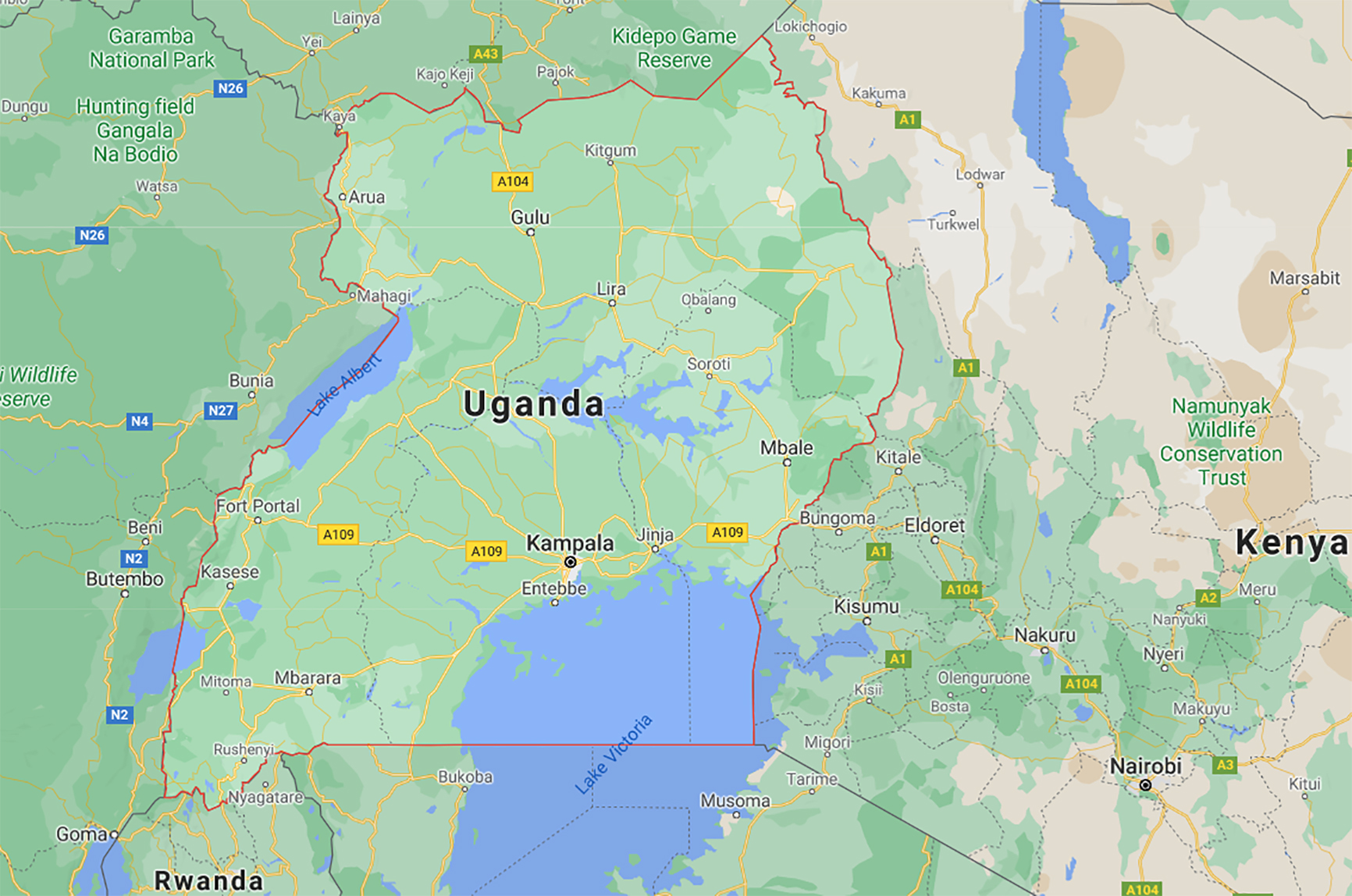 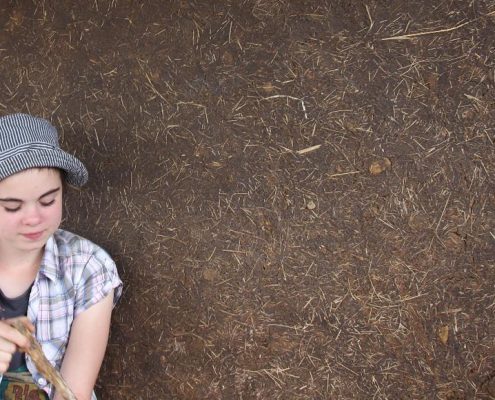 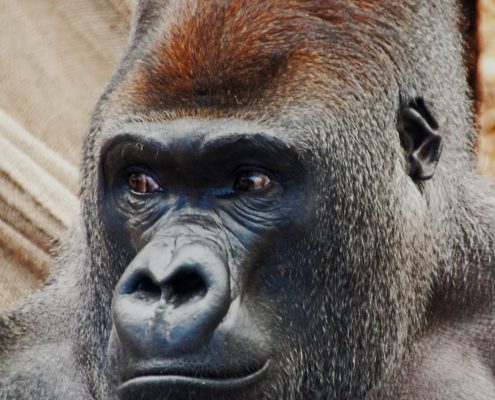 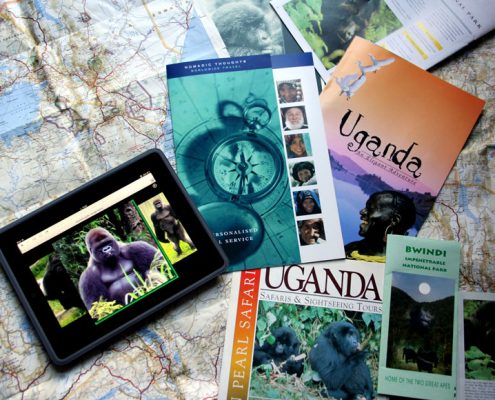 Nestled on the western arm of the Great Rift Valley, in central East Africa surrounded by Sudan and Ethiopia in the north, Kenya to the east, Rwanda and Tanzania in the south and Zaire to the west, Uganda benefits from flora and fauna species of both East and West Africa.

Fertile arable land capable of providing food covers about 25% of the country and Uganda houses one of the best waterways in Africa with Lake Victoria and the Victoria Nile. Within this remarkable country are the plains of Kidepo and Ishasha, the breathtaking crater area of the Queen Elizabeth National Park, tropical rain forests along the western border and the mighty Murchison Falls.

Although Uganda is on the equator, it can be cool due to the high altitude of some parts, especially in the mountain areas where snow can be seen on mountain tops. The temperature, usually ranging between 21-25 °C. Other parts of the country are much warmer. There is heavy rain between March and May and between October and November.

This beautiful country has much to offer with an abundance of wildlife with astonishing flora & fauna. The country’s landscape is simply breathtaking – the proud home of the ‘Mountains of the Moon‘ in the Rwenzori Mountains National Park, known for its incredible botany.

In all Uganda has 10 national parks, 10 wildlife reserves and seven wildlife sanctuaries, the most famous of which is Bwindi Impenetrable National Park, home to the rare silverback gorillas, which are usually found in the mountain areas – a trek up the mountains in search of these gorillas is indescribable! You might also see the rare Shoebill Stork and shy Sitatunga.

Experience the best white-water rafting in the world in the Jinja region, visit the source of the Nile and historic Kabaka’s Tombs and fish for giant Nile Perch in Lake Victoria.

Known as the “Cradle of the Nile“, Uganda is one of Africa’s best-kept secrets. Few countries can boast the infinite variety of flora and fauna found within the boundaries of a country in which the East African savannah meets the West African jungle. With an enormous diversity of bird and mammal species, and the highest concentration of primates on earth, Uganda offers a variety of game viewing activities including game drives, launch trips, bush walks, forest walks and canoe rides. The National Parks see far fewer visitors than neighbouring Kenya and Tanzania, so tourists are welcomed with open-arms and receive the most heart-warming hospitality.

The capital city Kampala is sprawled across seven hills. Before the 1980’s Idi Amin had reduced Uganda to an economic ruin but nowadays the city is modern and busy and growing economically as Uganda has been relatively stable politically since 1986. It is a fun city with lots of music and dancing.

For much of the period since independence in 1962, uganda has been a violent country due to it’s rulers. Firstly President Obote who banned all opposition and then in 1969 Idi Amin took over until he was deposed in 1979 by a joint force of Tanzanian forces and Ugandan exiles. Obote then returned to power but had to fight guerrilla groups made up of the remains of Amin’s army and Yoweri Museveni’s National Resistance Army (NRA).

Also in the country was the Uganda National Liberation Army (UNLA), led by Tito Okello. In July 1985, Obote was overthrown once again, this time by a military council with Okello at its head. The Okello government lasted just six months, a period dominated by fighting against Museveni’s NRA. The latter, enjoying more popular support than Okello’s UNLA, took control of the capital in January 1986, and established a National Resistance Council to govern the country.

By the early 1990s, Museveni had succeeded in restoring order and a measure of prosperity to most of the country. Presidential elections, comfortably won by Museveni, were held in 1989. However, Museveni resisted domestic and foreign pressure to introduce multiparty politics arguing that, in an unstable climate, this was a recipe for tribal conflict. The government initially worked around the problem by insisting that candidates stood for election as individuals and not as representatives of a political party. In March 1993, the government published a draft constitution and in March 1994, a constituent assembly was elected to amend and enact it. The restriction on political parties was lifted.

Many of Uganda’s problems in recent years have had their origins in relations with its various neighbours. Relations with Kenya have been fairly good but in the case of Sudan, both governments have regularly accused the other of supporting regional insurrections. Sudan has long claimed that Uganda supports the Sudanese People’s Liberation Army (SPLA). Meanwhile, has evidently given some backing to the bizarre and extremely violent Lord’s Resistance Army (LRA), a quasi-religious outfit that has terrorised the border regions of northern Uganda by deliberately targeting civilians. The LRA’s 17-year campaign has caused huge economic dislocation and created an estimated 200,000 refugees. The army has enjoyed periodic successes against the LRA, but has failed to suppress it entirely and it continues to cause misery and hardship in Uganda’s northern provinces. In February 2004, the LRA rebels slaughtered at least 200 people at a camp for displaced people in the north. The mindless violence shows few signs of coming to an end despite ongoing peace efforts.

In recent years the debate about the formation of political parties and constitutional limits on presidential terms has dominated the agenda, and disillusionment with President Museveni has set in after his failure to deal with the LRA. Nevertheless, he has embarked upon his fourth term in office despite both the European Union and opposition party challenging the election results.