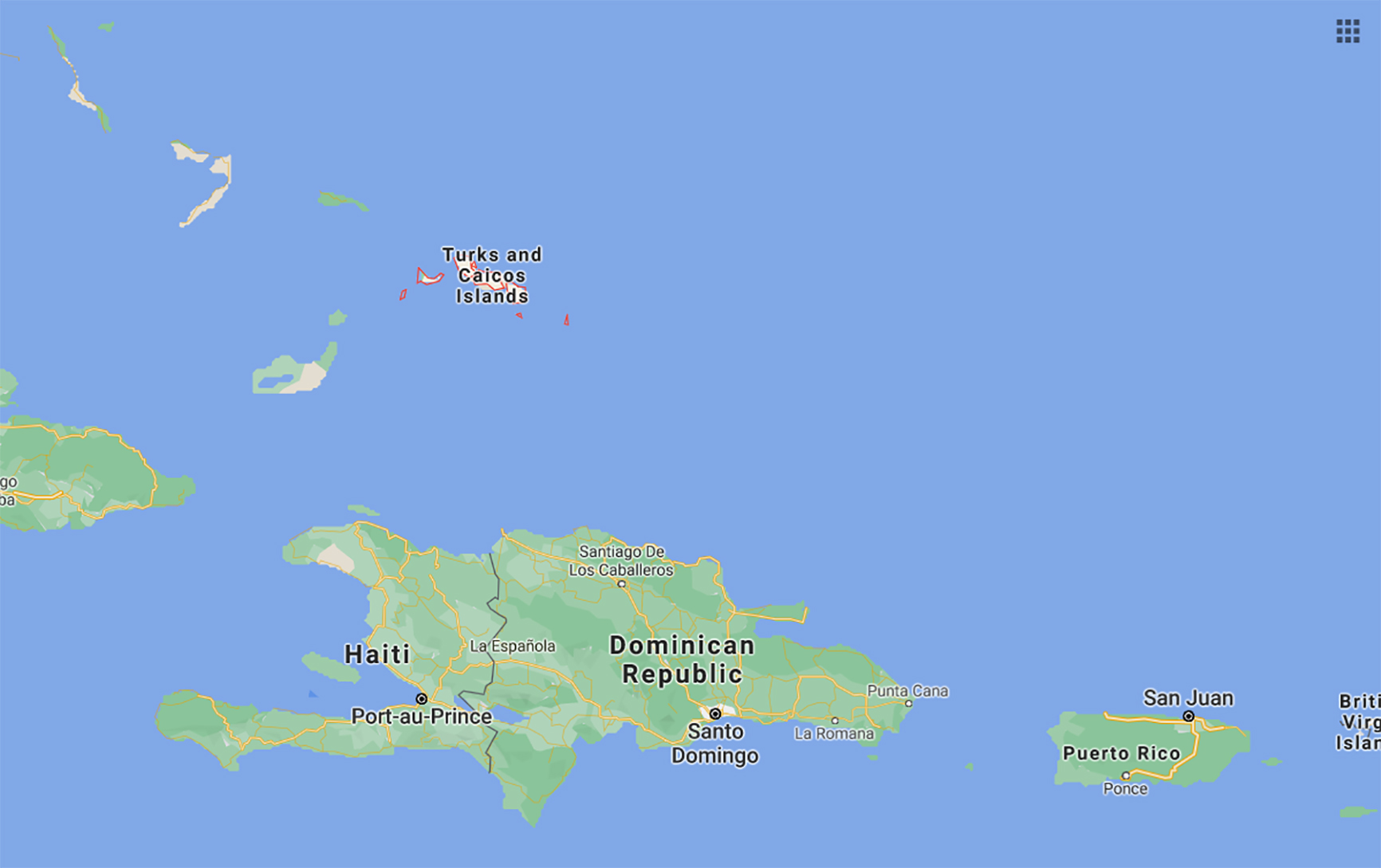 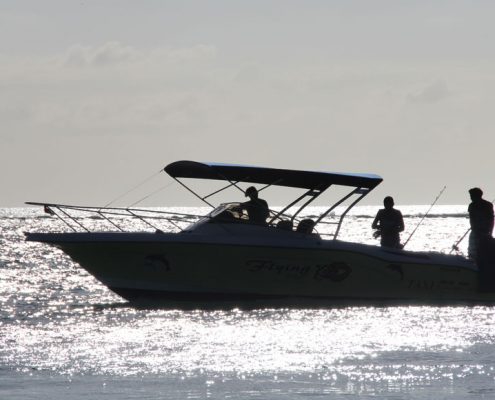 The Turks and Caicos Islands are an archipelago of 40 islands (eight of which are inhabited) forming the southeastern end of the Bahamas chain. There are two principal groups, each surrounded by a continuous coral reef. Caicos is the larger group, comprising Providenciales, and North, Middle, East, West and South Caicos, plus numerous small cays, some of which are inhabited. The Turks group, separated by a 35km- (22-mile-) wide channel of water, consists of Grand Turk, Salt Cay and a number of smaller uninhabited cays.

Turks and Caicos benefit from a tropical climate; tempered by trade winds, and generally pleasant, nights can be cool, with rain in winter. Hurricanes and tropical storms (with flooding) can strike between July and November.

The islands offer ample opportunity for birdwatching as rare birds and butterflies are found everywhere. Inland from the bluffs and small coves of Middle Caicos, the extensive network of Conch Bar caves has some spectacular rock formations, and is also home to several species of bat. Largely pristine coral reefs and excellent underwater visibility have brought diving fame to the islands, especially Providenciales, West and South Caicos, and the Turks Islands.

For committed fishing enthusiasts in search of an adrenalin rush, there’s deep-sea fishing for species such as tuna, blue marlin and tiger shark. Rather gentler options include bottom and reef fishing in the shallow areas inside the reef. Once a month, the waters around the islands light up with glow worms, and evening cruises are laid on to see this magical display.

Don’t miss a visit to Cockburn Town, with its charming Bermudan architecture lining the waterfront, nor the Turks and Caicos National Museum, which tells the story of the Molasses shipwreck and exhibits rare prints and manuscripts from all of the islands. Kayaking is an ideal way to explore both sheltered coves and inland waters, such as Chalk Sound on Providenciales. Pine Cay is inhabited mostly by tropical birds and iguanas, and has one of the most beautiful beaches in the Caicos Islands.

A network of field-roads across North, Middle and East Caicos makes for great walking and cycling across these unspoilt islands, sometimes joining up the dots between plantations, beaches and other attractions. During February, March and April, whale watching enthusiasts are able to observe large numbers of the North Atlantic humpback whale population passing through very close to the western shores of Grand Turk and Salt Cay en route to their breeding grounds at Mouchoir Bank nearby. Encounters with dolphins are also frequent. Other marine species that can be observed include turtles, spotted eagle rays and manta rays.

None of the Arawak Indians, who occupied the islands when Columbus first discovered them, survived the 16th century. Until the
19th century, the islands were a source of salt for the American mainland, with slaves being used as labour. During the 19th century,
control of the islands changed hands several times. In 1962, having been a Jamaican dependency for some 75 years, the Turks & Caicos Islands became a separate British Colony, a status that it retains to this day.

The islands held their first general election in 1976, and the winning party, the People’s Democratic Movement (PDM), pursued a
policy of full independence for the islands. The next election, in 1980, was effectively a referendum on the independence issue and was won by the anti-independence Progressive National Party (PNP), which claimed victory again four years later. Since then, the PDM and PNP have enjoyed a duopoly of power which was only briefly challenged in the late-1980s by the National Democratic Alliance , which has since faded from the political scene. The PDM under Derek Taylor won both the 1995 and 1999 polls, but the most recent election in 2003 narrowly returned the PNP to office. PNP leader Washington Missick, who served a term as Chief Minister in the early 1990s, was appointed once again.

High-level corruption, usually related to drug trafficking and/or money laundering, is fairly common in the Caribbean – and the Turks & Caicos have not been immune from it. Since the international crackdown initiated by the Organisation for Economic Co-operation and
Development (OECD, representing the world’s leading industrial economies) in the mid-1990s, several Caribbean countries specialising in offshore financing, including the Turks & Caicos, have come under pressure to introduce tougher sanctions against money laundering. As a British colony, the Turks & Caicos could hardly defy the OECD, but it faced a dilemma familiar to many small island states seeking to boost their economies through offshore financial services.