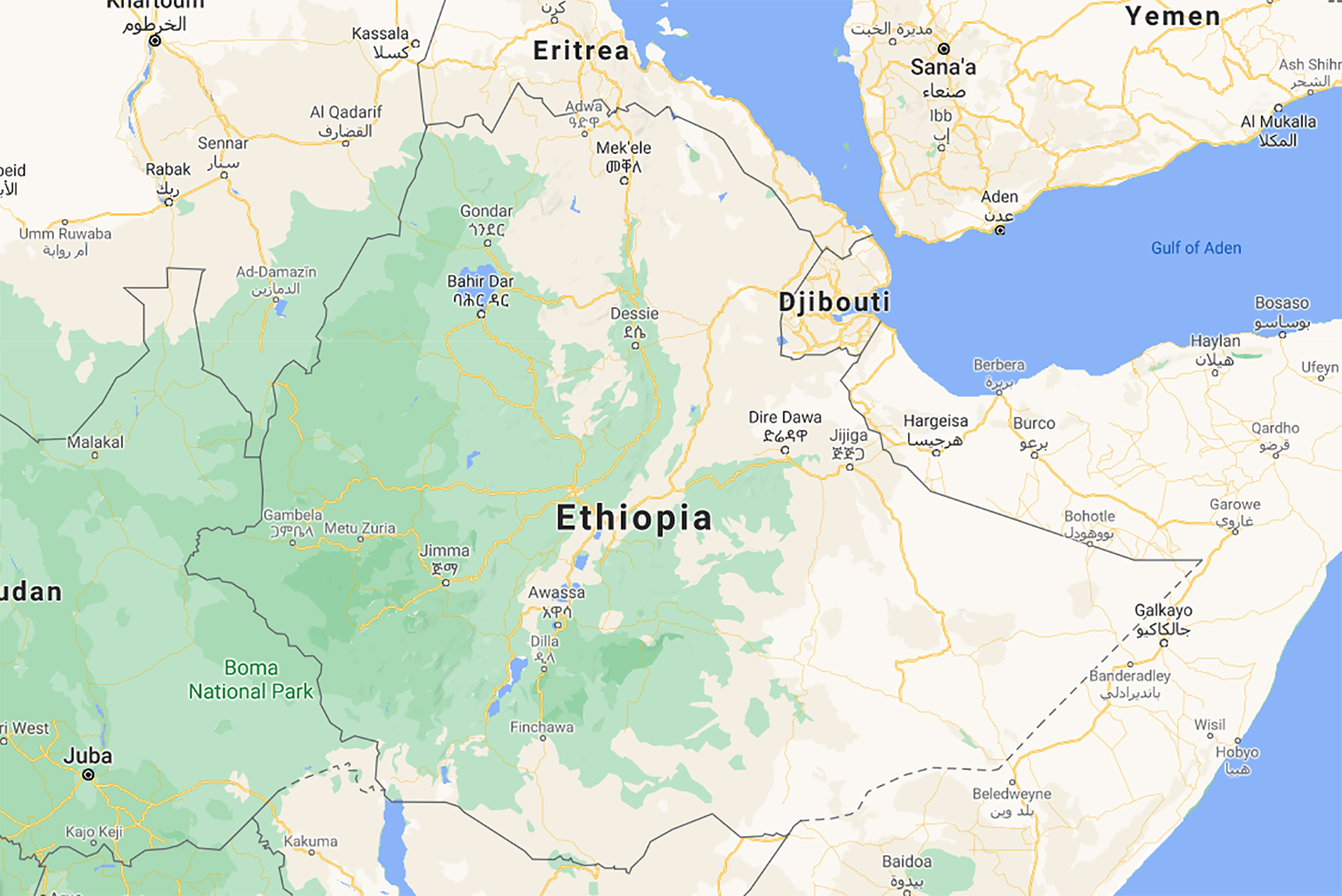 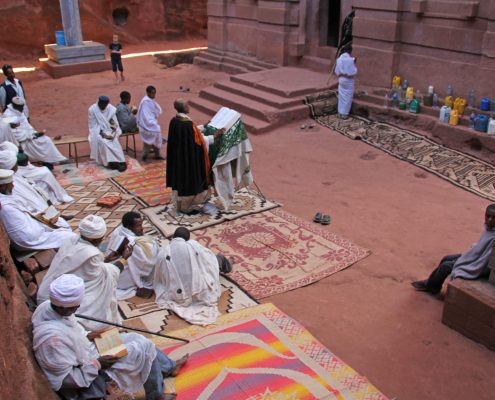 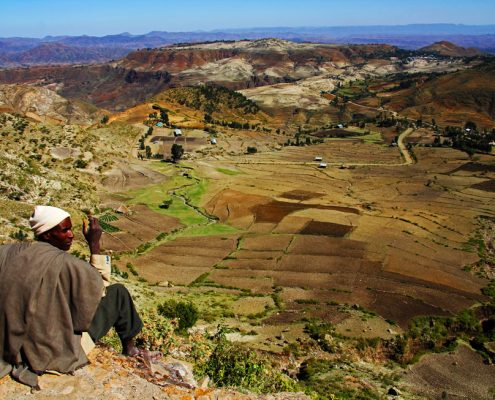 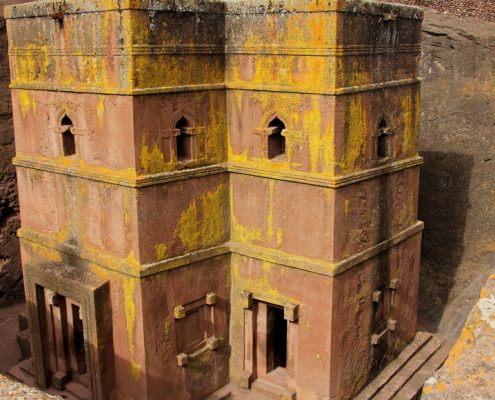 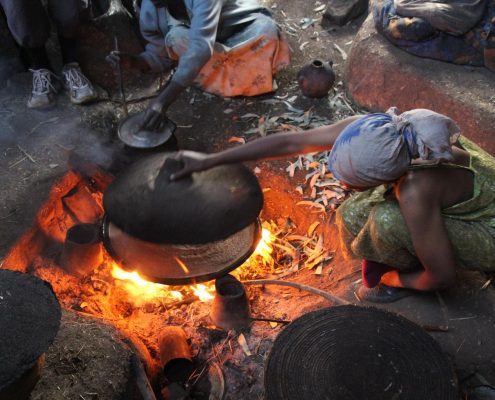 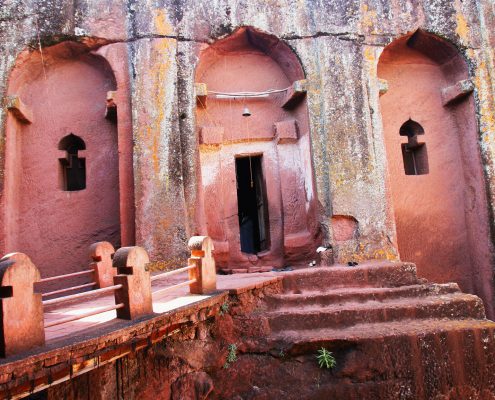 Ethiopia is bordered by Sudan, Southern Sudan to the west, Djibouti and Eritrea to the north and Somalia to the east and Kenya to the south.

Ethiopia has a vast complex of highland mountains on one side of the Great Rift Valley which runs from the southwest to the northeast. On the other side of the Rift Valley, mainly the south and east the terrain is mainly lowland, steppes or semi desert.

Ethiopia is ecologically diverse from deserts along with eastern border, to tropical forests in the south and mountains in the north and southwest. The Ethiopian Highlands are relatively cool considering its proximity to the Equator. Addis Ababa is at an elevation of around 2,400m and has a pleasant climate all year round. meanwhile the Danakil Depression in the east has the world’s highest average annual temperature of 34’C and other less elevated areas such as in the south of the country are much warmer than the Highlands.

Lake Tana is the source of the Blue Nile and well worth a visit.

Ethiopia is a fascinating country with a diverse range of historical monuments, animals, birds and geographical sites to see. It is worth timing your visit to coincide with a festival such as Timkat, the Ethopian Orthodox celebration of Epiphany celebrated on the 19th January.

The historic towns of Lalibelia, Axum, Gondar and Harar should not be missed along with Bahir Dar for the source of the Blue Nile.

Addis Adaba has much to offer with the Ethnographic Museum and Holy Trinity Cathedral. The renowned world heritage site of Lalibelia is home to 11 amazing rock-hewn churches  such as the Church of St George. This area is also good for trekking for those of relative fitness to see local communities and a vast array of bird life; Gondar has some of East Africa’s only castles such as Gondar Castle built in 1640 as home to King Fasilides; Harar known as the Walled City where you can see the 16th Century Jamia Mosque and the Medhane Alem Cathedral; Axum in the north close to the Eritrean border is home to ancient tombs of King Kelab, The Queen of Sheeba’s swimming pool and palace, The Ark of the Covenant and stelae fields which are well worth visiting with a good guide;  Mekele, also in the north is the starting place for a 4×4 jeep drive to Hawzien where you can be based for walks to amazing  christian churches mainly perched on the top of mountains which can only be reached on foot. You will need to have a good head for heights!

The Simien Mountains are wonderful for trekking with dramatic mountain scenery, wildlife such as the Gelada, Simien wolf, endemic birds and a wide range of flora and fauna.

The Omo Valley in known for its ancient tribal communities such as the Hamar and the Karos but due to exploitation there are issues about visiting such areas especially with the arrival of a new road which has opened the area up to many more tourists.

Ethiopia is the oldest independent country in Africa. The earliest kingdom to rise to power was the Sabean influenced D’mt based in Yeha in the 10th Century. The Aksumite Kingdom based its capital in Axum during the 1st century AD and converted to Christianity  in the 4th Century. They gave way to the Zagwe Dynasty who made Lalibela their capital before the Solomonic Dynasty took over in the 13th Century. It was then that Ethiopia expanded, dominating the Horn of Africa.

The Portugese intervened around 1529 bringing Catholisism and baroque architecture and the conversion of the emperor Susenyos 1 to Catholisism. This sparked a civil war at the end of which a new capital was founded in Gondar.

During the 18th Century the country was split by warlords but was reunified in 1855 by Tewodros 11 and Ethiopia began to slowly modernise, defeating an Egyptian invasion in 1874 and an Italian invasion in 1896.

The country modernised further under Haile Selassie although the Italians invaded again in 1935 and annexed Ethiopia. The British and Ethiopian’s joined forces in 1941 to repel the Italians and Haile Selassie returned to power. Ethiopia and Eritrea joined a federation but in 1961 when Eritrea was made a province of Ethiopia, a long war broke out, only ending in 1991.

In 1974 Haile Selassie was over thrown by the Derg Regime. The intervention of the Soviet and Cuban forces in 1977 resulted in the Red Terror when the government killed hundreds and thousands of suspected communist sympathisers.

The famine in 1984 killed a million people and the Derg feel from power in 1991 and the Federal Democratic Republic was established.

Ethiopia now has one of the world’s fasted growing economies although many parts of the country remain impoverished.