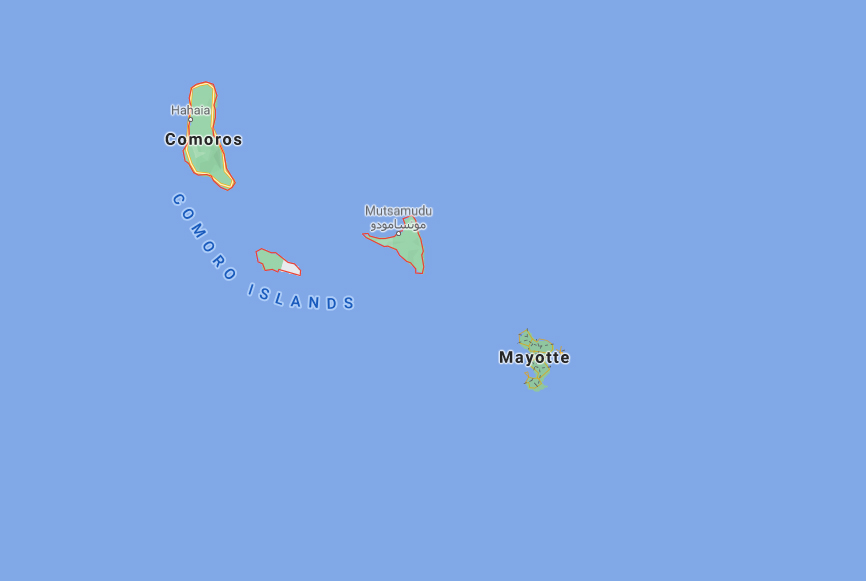 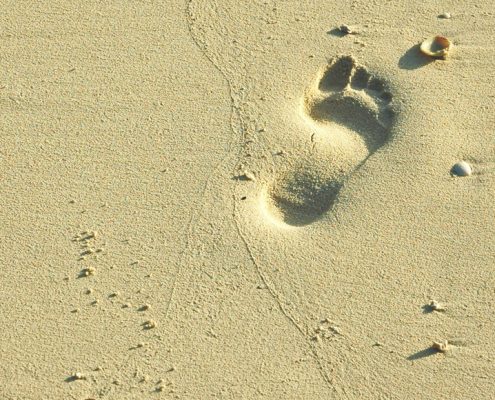 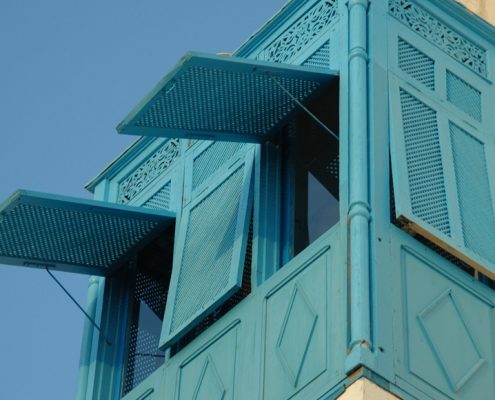 The Comoro archipelago is situated in the Indian Ocean, lying in the Mozambique Channel between the northern tip of Madagascar and the East African coast of Tanzania. The archipelago consists of four main islands of volcanic origin, surrounded by coral reefs.

Njazidja (formerly Grand Comore) is the largest of these coral islands with lush vegetation, dramatic peaks and palm fringed beaches.

The climate is tropical and very warm; temperatures rarely drop below 19 degrees at any time of the year. Coastal areas are hot and very humid (December to March), interspersed with rains and seasonal cyclones. The heaviest rainfall occurs between December and April and amounts can reach as high as 390mm in a month. The upland areas are cooler, particularly at night, and have higher rainfall.

Nkazidja’s capital, Moroni, is a charming, peaceful town containing a few broad squares and modern government buildings, as well as old, narrow, winding streets and a market place. There are a number of fine mosques including Vendredi Mosque, the top of which provides a panoramic view. The more energetic may climb to the top and then into the crater of the still active volcano, Mount Karthala. The crater is reputed to be the largest still active anywhere in the world.

Mitsamiouli in the north of the island has great diving and it’s Comoran dancers are apparently the best in the country.

Nzwani island (formerly Anjouan) has amazing waterfalls and is extremely green and lush. The main town of Mutsamudu is built in Swahili-Shirazi style, complete with 17th century houses with carved doors, narrow alleyways, mosques and a citadel. The ancient capital of Domoni is also worth a visit.

The best beaches are in the Bimbini area and there are alsoperfume distilleries at Bambao. Four miles from Moroni is the fishing village of Itsandra which used to be the ancient capital with royal tombs, a fortress and a beautiful beach. Mahore (formerly Mayotte) is a French administered island surrounded by a coral reef and has good beaches and excellent scuba-diving facilities. The lagoon is claimed to be the largest in the world and can be explored by dugout canoe.

Other attractions include the town of Dzaoudzi which has some old fortifications. Pamanzi, a forested islet 3 miles offshore has a wide variety of flora and fauna. At Sulu, thereis a waterfall which drops straight into the sea. At Tsingoni there are the remains of an old Mosque can be seen. Elsewhere there are 19th century sugar refineries.

Giant turtles may be seen at Niumashuwa Bay in Mwali (formerly Moheli), the fourth main island of the archipelago.

In the 15th century, the Arabs settled on what is now known as the Comoros Islands. The islands surrendered  to the French in 1841 and became a French protectorate in 1886. In 1912 it became a French Colony.

Prior to 1947, the Comoros were governed as part of Madagascar. They became a separate French Overseas Territory after this and full independence was finally achieved in 1975.

One of the original Comoros island group, Mayotte, wanted to maintain its links with France. With Mayotte going its own way, the Comoros joined the United Nations as the Federal Islamic Republic of the Comoros, comprising three islands: Grande Comore, Anjouan and Moheli.

In total, the three islands have experienced almost 20 coups since gaining independence in 1975! Ahmed Abdallah was elected as the first president but within months was overthrown. But in 1978, he regained his position with the help of French mercenaries only to be assassinated the following year.

Abdallah’s successor was Said Mohamed Djohar who held power until he was killed in 1995 when Bob Denard, a French soldier and mercenary returned. Bob Denard had been active in many previous coups in the Comoros Islands. But he was removed after about a week by French troops from Réunion.

Elections took place in 1996, and brought in the Government of Abdulkarim Taki. Taki was resisted by many as he tried to introduce Islamic law to the islands and after his death in 1998, Ben Said Massounde took over. A military coup in 1999 led by the Chief of the Army General Staff, Colonel Azzali Assoumani taking over. Te military government wanted to keep the islands as one group but with more autonomy to each island. This proved popular with the islands so that following a referendum in May 2002, Assoumani was declared President of the newly entitled Union of Comoros.

From the sixteenth century, the Comoros have been known as the perfumed islands- 65% of the world’s perfume essence comes from here, being processed from the blossoms of ylang ylang, jasmine and orange. Spices, including nutmeg, cloves, pepper, basil and vanilla, are another mainstay of the economy.

In common with a few other places, such as the wine growing areas of France, one of the main attractions of the Comoros is its non-tourist commercial activity. It’s people are a blend of Arab, African and Malagasy, with Arabic and French being the official languages, the latter is due to the fact that these islands were under French rule from 1912 to 1973.

However, the majority speak Comoran, a blend of Arabic and Swahili.