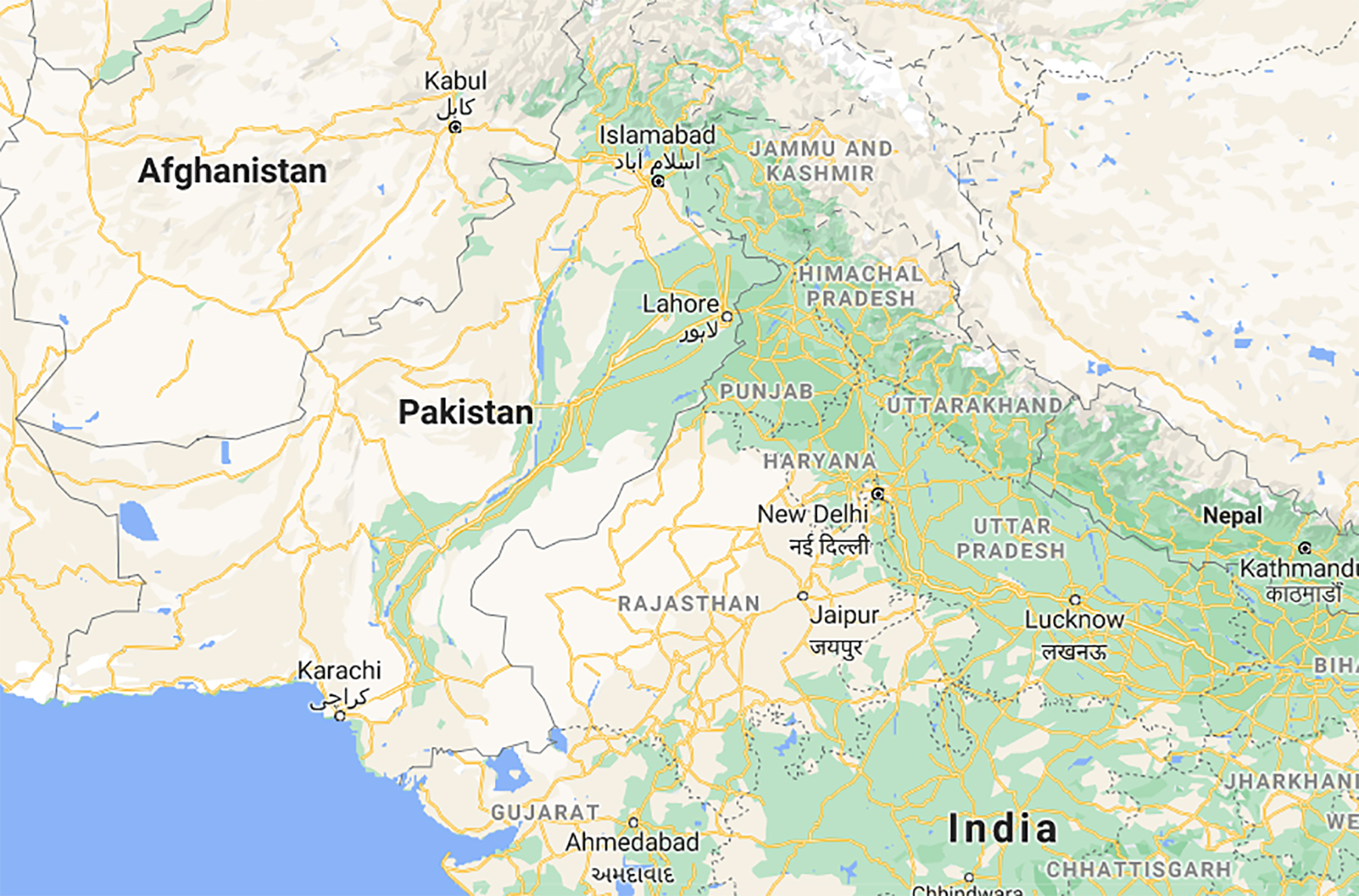 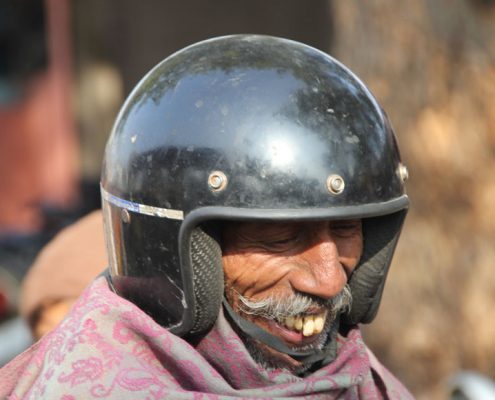 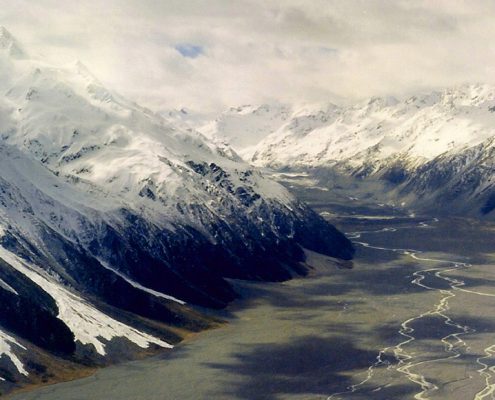 The geography of Pakistan is a blend of landscapes varying from plains to deserts, forests, hills, and plateaus ranging from the coastal areas of the Arabian Sea in the south to the mountains of the Karakoram range in the north.

Pakistan is divided into three major geographic areas: the northern highlands; the Indus River plain; and the Balochistan Plateau. The northern highlands of Pakistan incorporate some of the world’s highest peaks, including K2 (8,611 m or 28,251 ft) and Nanga Parbat (8,126 m or 26,660 ft). The Balochistan Plateau lies to the West, and the Thar Desert in the East. An expanse of alluvial plains lies in Punjab and Sindh along the Indus river. The Indus River and its tributaries flow through the country from the Kashmir region to the Arabian Sea.

Pakistan’s climate varies from tropical to temperate with arid conditions existing in the coastal south, characterised by a monsoon season with frequent flooding rainfall and a dry season with little to no rainfall. There are four distinct seasons; a cool, dry winter from December through February; a hot, dry spring from March through May; the summer rainy season or southwest monsoon period, from June through September; and the retreating monsoon period of October and November. Rainfall can vary radically from year to year, and successive patterns of flooding and drought are common

The old part of Rawalpindi boasts fine examples of local architecture and bazaars crammed into the narrow streets. Visit the Kalasha valleys, noted for its hot springs and trout-filled rivers, where the Kalash people, the last of the non-Islamic tribes of Kafiristan, live.

Don’t miss the chance to watch a cricket or polo match, popular in the northern towns of Gilgit and Chitral.

Visit Islamabad, the capital of Pakistan since 1963, with its parks, gardens and fountains, as well as the world’s largest mosque, Faisal Masjid, which can accommodate 15,000 people. The National Gallery of Pakistan is also warrants a visit.

Karachi, Pakistan’s former capital and its largest city, has the magnificent Quaid-e-Azam’s Mazar, the mausoleum of the founder of Pakistan, made entirely of white marble with impressive north African arches.

Drive the Karakoram Highway, which follows the ancient Silk Road over the Himalaya mountains, Hindukush and Pamir. See some of the highest mountains in the world in Kashmir, including the famous Nanga Parbat and the second-highest mountain in the world, K2 – there is ample opportunity for trekking and mountaineering.

In ancient times, the area that now comprises Pakistan marked the farthest reaches of the conquests of Alexander the Great. It was also the home of Buddhist Ghandaran culture.

It was not until 1947 and the independence of India, that Pakistan acquired nationhood. Despite the 1600km between the two regions, under pressure from Indian Muslims the British created a single Muslim state that was separate from independent India. Originally, this Muslim state consisted of two parts, East Pakistan (now Bangladesh) and West Pakistan (now a single unitary state), on either side of India. Jinnah, the leading Muslim inside the Indian Congress party that led the independence struggle, became Pakistan’s first president.

Since gaining independence, Pakistan’s history has been characterised by periods of military rule, political instability and conflicts with neighbouring India. Unlike in India, democracy failed to take root and Pakistan suffered prolonged periods of military rule. After civil war broke out in 1971, the intervention of the Indian army on eventually secured an independent Bangladesh, leaving a truncated Pakistan in the west.

A final period of military rule ended with the death of General Zia in a plane crash in 1988, after which a democratic constitution and civilian Government were re-instituted.

Nawaz Sharif and Benazir Bhutto dominated the next decade of politics, contesting four elections – all tainted by extensive political violence – winning two each. Both Bhutto Governments and the first Sharif Government were dismissed by presidential decree for the same reasons: incompetence, nepotism and corruption. Little if any headway was made in tackling Pakistan’s huge political and economic problems. The second Sharif administration also came to a premature end but this time it was the military who intervened after having stood on the sidelines in increasing frustration for the previous 10 years.

The trigger was Pakistan’s controversial nuclear weapons programme, which caused a crisis in relations with the West at a sensitive time: Pakistan is a vital ally in the American-led “war on terror”. The original motivation for the nuclear programme was ensuring parity with India, which has also developed its own nuclear weapons. At the heart of the Indo-Pakistani conflict is the long-running dispute over the status of Kashmir which, although it has a majority Muslim population, became part of India (rather than Pakistan) in the 1947 partition. The two sides have almost come to war on several occasions. Given the possible consequences, urgent high-level diplomacy, usually involving the USA or the Russian Federation, has been deployed to force the antagonists to back down. No resolution has yet been found but both Governments have pledged their commitment to peace.

Military tensions in the Kargil conflict with India were followed by a Pakistani military coup d’état in 1999 in which General Pervez Musharraf assumed vast executive powers. In 2001, Musharraf became President after the controversial resignation of Rafiq Tarar. The 11 September attacks on the World Trade Centre and Pentagon in the USA drew an immediate and massive response from the US Government.

Pakistan had been intimately involved with the creation of the Taleban, but General Musharraf quickly decided to back the USA. The decision paid immediate economic dividends in the lifting of the 1998 sanctions and the promise of a substantial financial aid package. After the 2002 parliamentary elections, Musharraf transferred executive powers to the newly elected Prime Minister Zafarullah Khan Jamali, who was succeeded in the 2004 prime-ministerial election by Shaukat Aziz.

On 15 November 2007, the National Assembly, for the first time in Pakistan’s history, completed its tenure and new elections were called. The exiled political leaders Benazir Bhutto and Nawaz Sharif were permitted to return to Pakistan. However, the assassination of Benazir Bhutto during the election campaign in December led to postponement of elections and nationwide riots. Bhutto’s Pakistan Peoples Party (PPP) won the largest number of seats in the elections held in February 2008 and its member Yousaf Raza Gillani was sworn in as Prime Minister. On 18 August 2008, Pervez Musharraf resigned from the presidency when threatened with impeachment and was succeeded by current president Asif Ali Zardari. The general election of 2013 saw the Pakistan Muslim League gain the majority and currently Nawaz Sharif is Prime Minister. The Pakistani military continue to play a major role in main stream politics.

By the end of 2009, more than 3 million Pakistani civilians have been displaced by the on going conflict in North-West Pakistan between the government and Taliban militants.