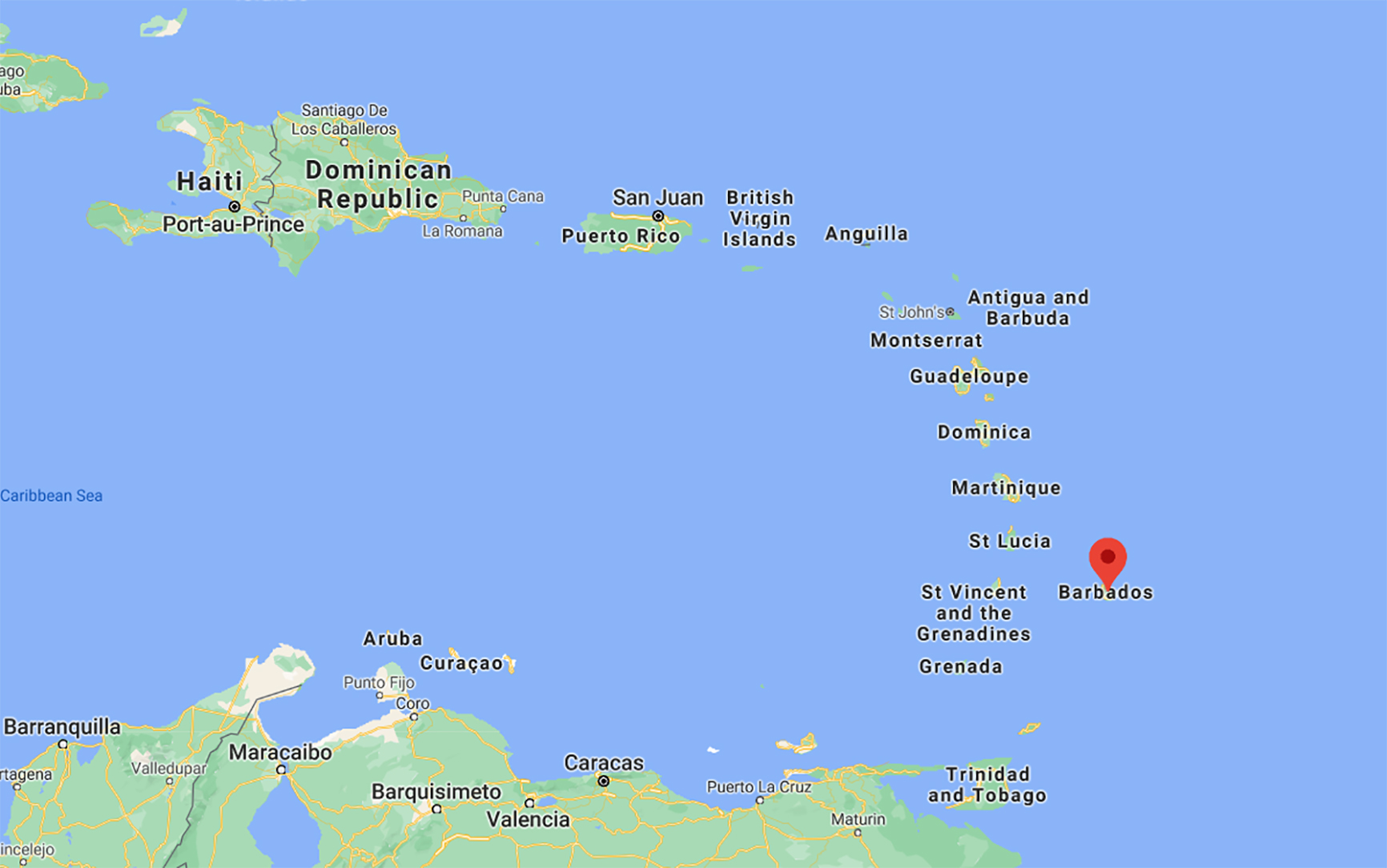 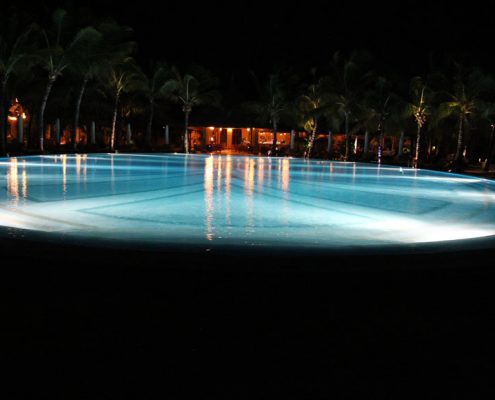 The most windward of the Windward Islands, Barbados is located at the furthest easterly point of the Caribbean chain of islands. To the west coral beaches are made of fine white sand, and the sea endlessly shifts from brilliant blue to emerald green over natural coral reefs. Along the east coast there is lively surf as the sea pounds the more rocky coast. The island’s mild sub-tropical climate has a constant touch of sea breeze as the trade winds blow through the inland sugar cane crops. The local terrain is mainly flat with only a few rolling hills in the north. The coral structure of Barbados acts as a natural filter thus making the island’s water amongst the purest in the world.

Bridgetown has a decidedly English character, to the point that there is even a miniature copy of London’s Trafalgar Square complete with statue of Nelson himself. The city is small with a number of interesting walking tours. Places worth visiting include the Fairchild Market and St. Michael’s Cathedral (1831), Belleville, Government House, the Barbados Museum and Garrison Savannah. The Morgan Lewis Mill is a splendid example of a Dutch windmill from the early days of the sugar planters. Located on the east coast it has been completely restored and is now open to the public. Probably the most attractive drive on the island is the East Coast Road, which has great views over the Atlantic as the surf crashes over the treacherous reefs onto the ragged and beautiful coast. Also try taking the inland route through the sugar cane country with little churches, tiny towns and gingerbread houses. One of the most dramatic views is from Crane Beach. The Andromeda Gardens are an excellent collection of exotic plants grown along terraced gardens in the area of St. Joseph. The Welchman Hall Gully is another botanical garden in St. Thomas, exhibiting many rare fruit and spice trees. The eerie, luminous Harrison’s Cave makes for a spectacular excursion. Pay particular attention to the Lory and Barbados monkeys at the Ashford Bird Park, which houses an exotic array of birds and animals. The wonderfully strange Animal Flower Cave is carved out of the rock by the sea, with coral tinted in almost every colour imaginable. Speightstown is a fun traditional West Indian village with a Caribbean atmosphere, and ‘Millionaires Row’ on the Platinum Coast has turquoise waters and white sandy beaches – the word ‘stress’ is never heard too loudly on this coastline!

Little is known of the early history of Barbados: it was occupied by Arawak Indians from South America as early as 1600BC before they were wiped out by cannabilistic Carib Indians around 1200AD. This warfaring tribe was then decimated with the arrival of the Spanish in the 1400s. The Portuguese made an appearance in 1536, but it was first occupied by the British in 1627.

By 1663, Barbados was declared a British colony. Slaves were brought to the island from Africa to work on the sugar plantations, which rapidly underpinned the entire country’s economy. Barbados dominated the industry until 1720.

Slavery was then abolished in 1834 but many freed Bajans returned to work as paid labourers for the former employers. During the early 1900s, the establishment of trade unions intended to give workers more rights. The Great Depression of the 1930s led to soaring unemployment, riots and British financial aid.

Gradually, Bajans started to demand their own political rights, leading to the election of Errol Walton Barrow as the island’s first Prime Minister in 1962 who led Barbados to independence four years later.

Over the last 50 years, successive governments have tried to help diversify the economy and propel development. The country’s sugar industry has declined along with the focus on agriculture. Now tourism drives the economy, which has dipped as a result of the recession in 2009/10. Offshore banking services have, conversely, grown.

In the latest election in 2008, David Thompson of the Democratic Labour Party (DLP) assumed office as Prime Minister from the Barbados Labour Party who had been in power for 14 years. Thompson has pledged to focus on domestic issues, particularly the cost of living, healthcare, and crime.