Top tip: You won’t see it all 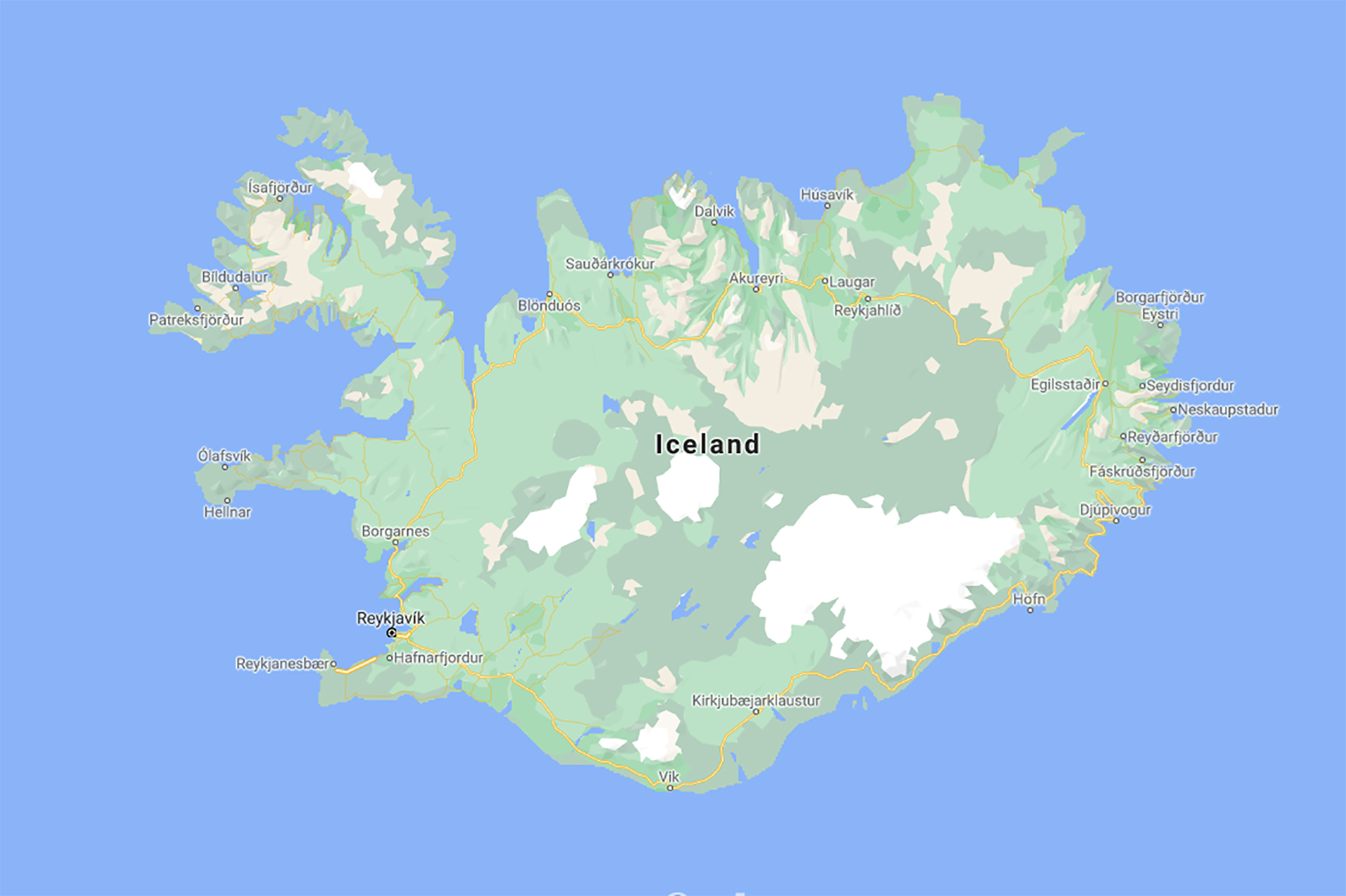 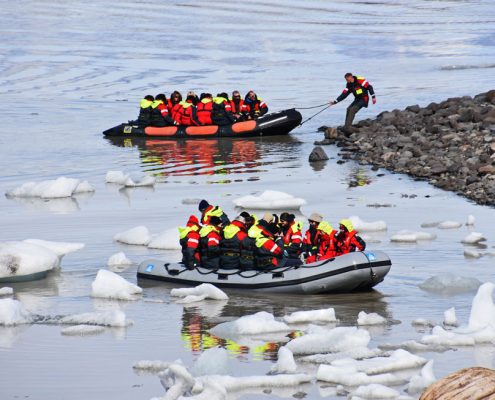 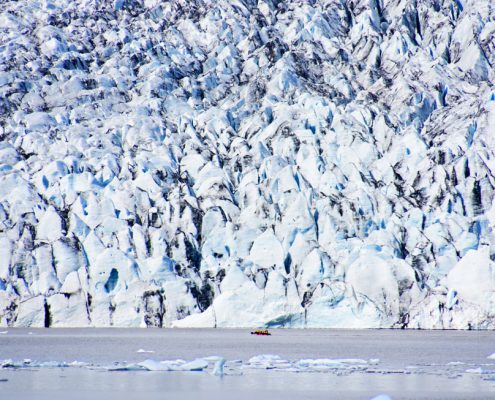 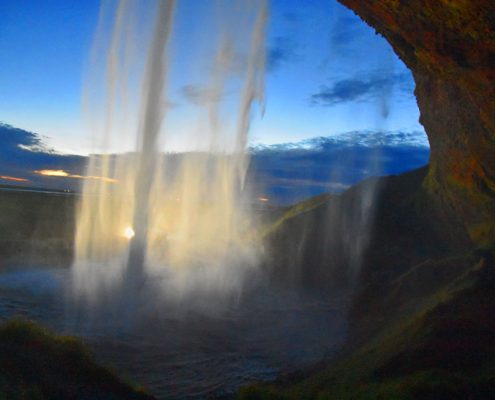 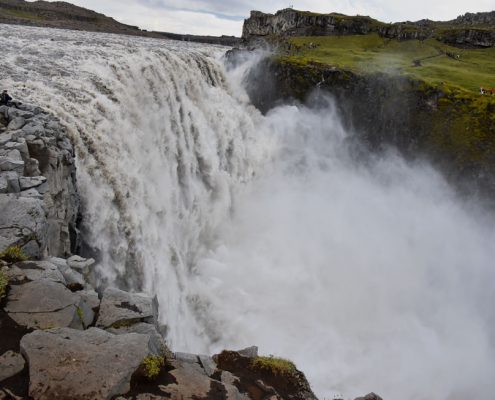 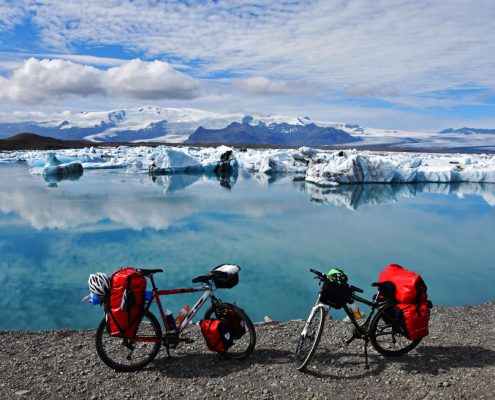 Iceland is a large island in the North Atlantic Ocean, close to the Arctic Circle. It comprises a maze of islands both to the north and south and a coastline indented with bays and fjords. The landscape is wild and rugged: this is nature at its most raw. The whole of the central highland plateau is a beautiful inhospitable wilderness. Five sixths of this island is largely uninhabited, much of the population being concentrated in the valleys and bays to the south. Iceland is widely recognised as one of the most volcanically active countries in the world. Hekla, in the south of Iceland, is the most famous and magnificent volcano of them all, having erupted no less than 16 times.

Iceland’s climate is tempered by the Gulf Stream. Summers are mild and winters are cold. The colourful Aurora Borealis appears from the end of August. From the end of May to the beginning of August, there are nearly 24 hours of perpetual daylight in Reykjavik, while in the northern part of the country the sun barely sets at all.

Allow yourself at least a couple of days to explore the capital, Reykjavik; sample its wonderful (and often bizarre) cuisine and visit the nearby Blue Lagoon, whose milky turquoise mineral waters are famed for their health benefits. Go whale watching or bird watching – look out for puffins – and fly fishing for salmon in the clear, cold streams. Visit the Golden Waterfall, known as Gullfoss, experience beautiful Eyjafjordur, the longest fjord in the country, and the glacial lagoon called Jokulsarlon, with its giant floating icebergs. If you are the active type, make sure you try out the ski slopes, go hiking or horse riding in the Skaftafell National Park and take a ride on a ‘skidoo‘ or snowmobile for the ultimate adrenaline rush. The Northern lights are a must see if you’re visiting from September to March, otherwise during the summer month’s you must stay up to experience the midnight sun.

The island known to us as Iceland was settled by Norse seafarers, who established the world’s first known parliamentary republic in about AD 930. The original seat of this democratic system was Þingvellir, approximately one hour from the capital, Reykjavík, where the original Viking settlers used a natural amphitheatre, formed by a cliff wall, as their assembly. In the mid-13th century the islanders came under the sovereignty of the King of Norway. When Norway tiself came under the control of Denmark in 1380, Iceland did so too. In 1814, Norway became independent, but Iceland remained a Danish territory. In 1840 it was granted its own constitution, allowing for internal self-government.

Independence was granted at the end of the First World War, although it was not until 1944 that Iceland became a fully independent nation with its own head of state. Today, Iceland has a typically Western European spectrum of political parties, with a notable influence of female politicians within the main parties (Progressives, Independents, and Social Democrats). Iceland’s most famous modern political figure is also a woman, Vigdis Finnbogadottir, who served four consecutive terms as President between 1980 and her resignation in 1996. The Parliament, known as the Alþing, has largely been held by coalition governments. These were broadly centre-right until the mid-1970s, since when the left has dominated.

Iceland’s 2008 economic collapse caused citizens to protest strongly against what was considered a corrupt government. The then Prime Minister stepped down and the government collapsed. A new coalition government was created and the country’s economic and political situation has since become stable again.

Icelandic foreign policy is dominated by fishing and relations with other Atlantic powers. Iceland is a member of Nato, the Nordic Council and of the Council of Europe. Links to Nato have been loosening since the 1980s – in May 1985, the Alþing declared Iceland to be a ‘nuclear-free zone’ – a process which has accelerated since the downsizing of a large Nato base in the Icelandic capital.

Iceland has historically eschewed membership of the European Union largely due to issues about fishing quotas, but in July 2009, it applied for membership. There has been much contention about the move, and in 2013 Iceland’s right-wing coalition government announced they were to suspend their application for admission to the EU, abandoning negotiations. They have pledged to hold a referendum on continuing the talks.