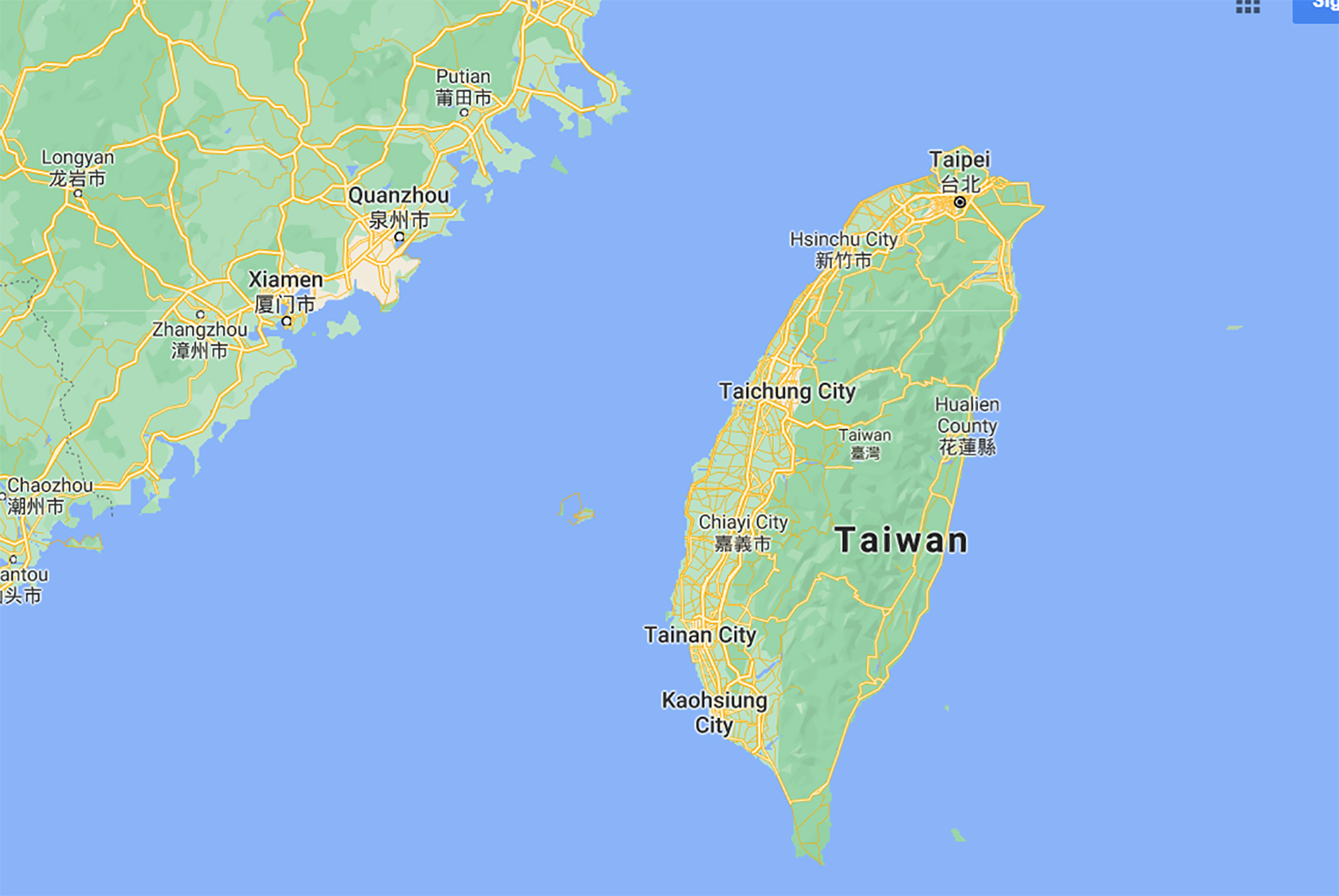 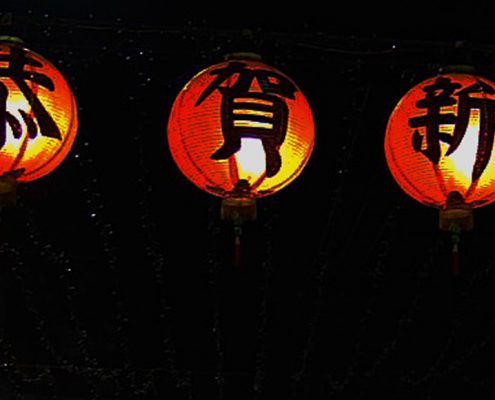 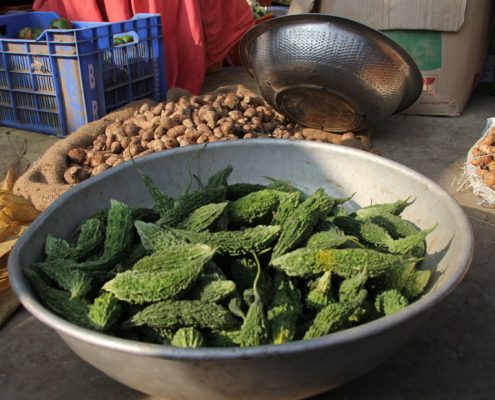 Taiwan is an East Asia island in the western Pacific Ocean, located off the south-eastern coast of mainland China. It is separated from the Asian continent by the 160 km wide Taiwan Strait. To the northeast are the main islands of Japan and the East China Sea, and the southern end of the Ryukyu Islands of Japan is directly to the east. The Batanes Islands of the Philippines lie to its south across the Bashi Channel. Taiwan is commonly referred to as one of the Republic of China’s territories – it is also the main island of a group of 86 islands.

Approximately thirty-one percent of the country is alluvial plain, most of it on the coastal strip. Inland areas are mountainous. Taiwan enjoys a subtropical climate with moderate temperatures in the north, where there is a winter season. The southern areas, where temperatures are slightly higher, enjoy sunshine every day, and there is no winter season.

In the capital Taipei, take a trip in a high-speed elevator to the top of one of the world’s tallest buildings, the Taipei 101. Pay a visit to the Chiang Kai-Shek Memorial Hall, an imposing tomb and shrine to Taipei’s most famous leader, which also houses the city’s main venues for the performing arts, the National Theatre and National Opera House, in its large grounds.

Don’t miss the National Palace Museum either. If you can coincide your trip with Chinese New Year, there are a multitude of colourful festivities to choose from, many of them in the capital. Take a trip off the south east coast to Green Island to enjoy the fantastic diving and snorkelling.

If you’re feeling fit, climb the Yu-shan Mountain, south east Asia’s highest peak, or walk through the Taroko Gorge, a deep ravine surrounded by steep cliffs. Finally, wander around the stunning basalt rock formations in Penghu, and visit one of Taiwan’s hundreds of hot springs for a relaxing end to the trip.

Taiwan is one of Asia’s unsung beauties; indeed, it was first called ‘ihla formosa’, ‘beautiful island’, by the Portuguese adventurers who discovered it. Its recent emergence as a modern industrial powerhouse has brought it to the world’s attention, yet for tourists it is rarely a first choice destination, a great shame since Taiwan is a fascinating island, fast, exciting and colourful.

The way of life here is predominantly Chinese, with a rich religious heritage that sits side by side with the modern world financial success. Warm, underdeveloped beaches, culinary delicacies from every region of China, hiking, hot-springs and hi-tech gadgets – this island offers a wealth of opportunities for travellers.

Taiwan is the name of the largest island in the Republic of China. Since it makes up the vast majority of the ROC, ‘Taiwan’ is the name by which most people know the country.

The island was originally inhabited by mainland Chinese until the 17th century. It was then occupied by the Dutch and Spanish for about 40 years. In 1684, Taiwan was taken over by supporters of the deposed Ming Dynasty and was a tao (a sub-province or county) of the mainland province of Fukien across the Taiwan Straits. In 1885, Taiwan was completely controlled by the Qing Dynasty and made into a province in its own right.

The province was ceded in perpetuity to the Empire of Japan by the Treaty of Shimonoseki after the First Sino-Japanese War in 1895. Although it was fiercely resented and actively resisted by the population, Taiwan remained under Japanese rule from 1895 until its defeat at the end of World War II, when it was freed in 1945. Japan, however, did not specify to whom Taiwan should be relinquished, leading to later disputes over sovereignty of the region.

Four years later the Chinese Civil War came to a head, with the nationalist forces of Chiang Kai-Shek defeated by Mao’s Communists, and the nationalist leadership, along with thousands of supporters, fleeing to Taiwan. The island’s use as a refuge for deposed rulers from the mainland is a recurring feature of Taiwanese history.

Over the coming years, under nationalist dictator Chiang-Kai Shek from the People’s Republic of China, Taiwan enjoyed a spectacularly successful economic boom, becoming one of the fast-developing ‘tiger economies’ of the Pacific Rim, along with Hong-Kong, Singapore and South Korea.

The Chinese still consider Taiwan to be part of the national territory and continue to harbour the long-term objective of reunifying Taiwan with the mainland. Beijing does not accept international recognition of Taiwan , for example by the United Nations. Many in Taiwan believe that the two countries should be reunited but dispute the terms under which this should take place; the idea of a Hong Kong-type solution is given short shrift. But in the mid-1990s, a different option came under consideration for the first time – full independence. This drew a furious reaction from Beijing but, inside Taiwan, it has attracted growing support. The constitution was amended to consolidate representative democracy on the island.

In 2000 George W Bush, who at the time was the Republican candidate in the forthcoming US Presidential election, endorsed Taiwanese independence and gave a major boost to the pro-independence lobby. This, however is not representative of US policy on Taiwan. The US remains committed to both the ‘One China’ policy and the defence of Taiwan (Taiwan Relations Act).

While denouncing anyone making noises towards Taiwanese independence, the Chinese continued to develop their links with Taiwan. Cultural exchange between the mainland and the island region have always been high, and with trade and commercial travel both prospering in the 2000s, and many hope that this signals improving relationships.

To this day the ‘recognition competition’ continues. Currently 28 countries recognise Taiwan, against more than 160 who recognise the People’s Republic of China. Both sides have ‘bought’ certain countries, typically by offering a substantial aid package and/or soft loans in exchange for recognition.