Top tip: Know the difference between a Fossa and an Aye-Aye 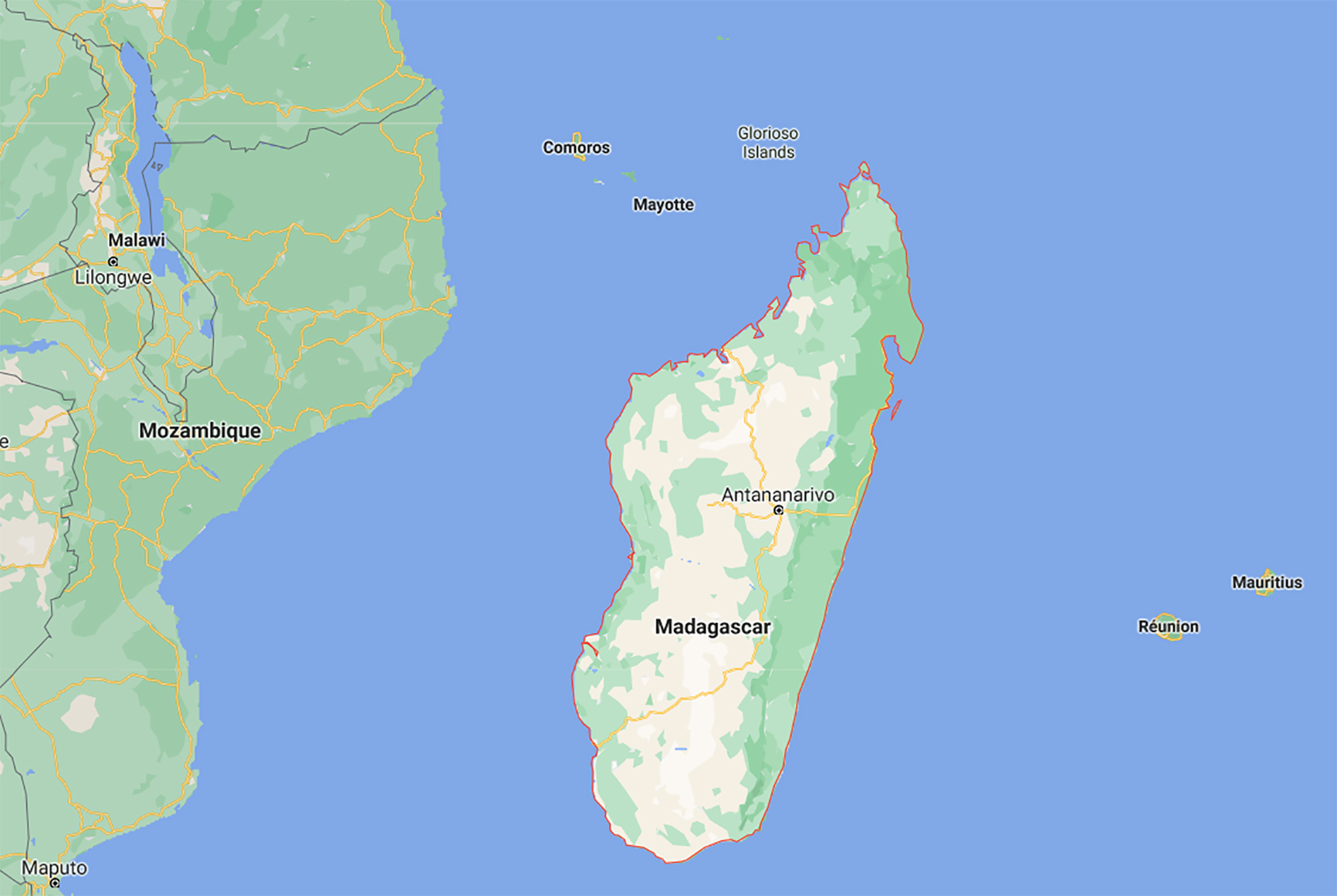 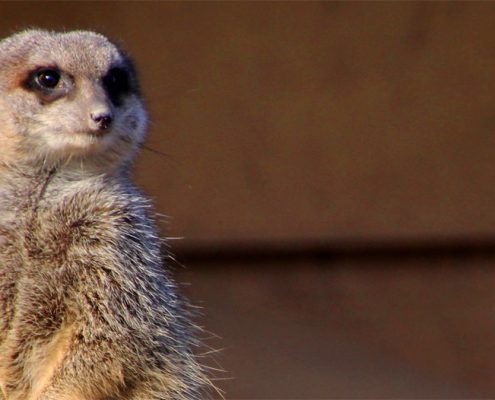 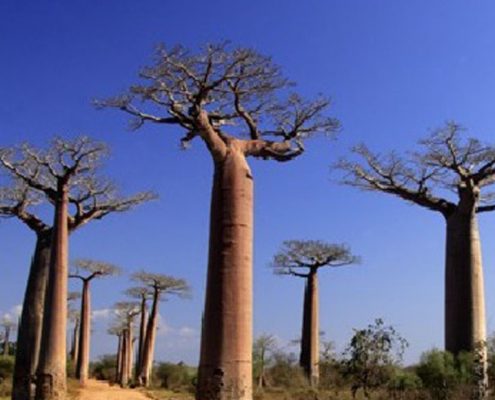 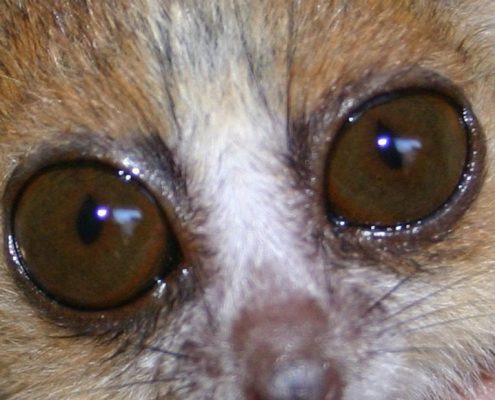 The fourth largest island in the world, Madagascar lies in the Indian Ocean off the coast of Mozambique. The east and west coasts are divided by a central chain of high mountains, the Hauts Plateaux, and differ enormously ethnically, climatically and scenically.

The east coast is made up of dense rainforest lowlands, and experiences monsoons from December to March. The west coast was once covered by dry deciduous forests is now mostly savannah. The climate is wettest in the north while the southern tip is semi-desert with great forests of cactus-like plants. Much of Madagascar’s flora and fauna is unique to the island including 3000 endemic species of butterfly and many endemic species of lemurs. There is a huge diversity of animals including racoons, monkeys, marmots, bushbabies and sloths as well as reptiles, amphibians, birds and plant life.

Madagascar has a hot and subtropical climate, though it is colder in the mountains. The rainy season stretches from November to March, and the dry season from April to October. Monsoons bring storms and cyclones to the east and north from December to March.

The capital, Antananarivo, has a French atmosphere and is built on three levels. The most interesting sites in the city include the Queen’s Palace and Royal Village, the Zuma Market and Tsimbazaza Zoological and Botanical Garden.

The lush north of the country is dominated by two great mountains, Tsarantanana (2,800m) covered with giant ferns and lichens and Montagne ‘Arbre (1,500m) which is a national park famous for its orchids and lemurs. Nossi Be, a gorgeous island off the north coast is Madagascar’s most important holiday resort.

Antseranana, a cosmopolitan seaport overlooking a beautiful gulf in the northernmost tip of the island is home to lemurs, crocodiles and orchids. Fianarantsoa is a centre of wine and rice production and a good base from which to explore the surrounding mountains and thermal spas.

Colourful Madagascar, the Vanilla Island, with its astounding variety of wildlife is regarded as the world’s number one conservation priority. Exotic perfume plants such as ylang ylang, vanilla, lemon grass and patchouli are grown here, and the island is home to over 70 kinds of lemurs, not to mention crocodiles or the now extinct Elephant Bird – the largest winged creature ever to set foot on the planet.

For weird and wonderful wildlife viewing, this is the perfect destination. Though whether you’re after sandy beaches under the shade of towering palms, a dive on a fascinating shipwreck, a week’s worth of delicious spicy stews or simply an unfailingly friendly reception from the locals, Madagascar is sure to please.

The Malagasy people are a mixture of Asians and Africans who have been on the island for 1500 to 2000 years. Most of the early inhabitants were Malay Polynesians who crossed the Indian Ocean but they were joined by African slaves, Indian, Arab and Portuguese traders, European pirates and French colonists all of whom combined to form the 18 official tribes or clans that exist there today. This mix of influences gives modern Madagascar a fascinating cultural blend.

By 1883, after many changes of hands and domination by pirates, France had become the recognised and sole European power in Madagascar (in exchange for French recognition of British sovereignty in Zanzibar). In 1895 the French set up a colonial administration with a repressive regime in the attempt to stamp out the Malagasy culture and language.

Britain invaded in WWII in order to prevent Japan from using Madagascar as an Indian Ocean base and it was handed back to France in 1943. The 1947 nationalist revolt was crushed with a severe loss of indigenous lives and it was not until 1960 that Madagascar gained independence peacefully from the French. All ties had been severed with France by the late 1970s, however the economy had nose-dived and links between Madagascar and communist nations were growing. Madagascar has been a republic since 1992.

The Tsunami in December 2004 hit the east coast of Madagascar, destroying infrastructure and leaving close to 1000 people homeless.

Madagascar’s recent modern history has been plagued by turmoil and political unrest. In December 2006, President Marc Ravalomanana secured a second presidential term beating former prime minister Norbert Lala Ratsirahonan with 54.8% of the vote. Amidst violent protests in which dozens of people lost their lives, Ravalomanana struggled to cling to power, before eventually being ousted by Andry Rajoelina in March 2009.

Although Ravalomanana had successfully opened up Madagascar’s economy to foreign investment, particularly in mining, he had failed to address the pressing issue of poverty with 70% of the population living on less than US$1 a day. With full military backing, Mr Rajoelina, a former DJ, proclaimed himself president and suspended parliament despite being technically too young to be in power at 34, according to the Madagascan constitution. The current minimum age is set at 40 for presidential candidates. He declared Ravalomanana a corrupt tyrant who had misspent public money and duped the voting population.

A shaky power-sharing agreement between Rajoelina and supporters of Marc Ravalomanana was abandoned within hours of being established – a great source of frustration and disappointment to the African Union, the Southern Africa Development Community and the UN, all three of whom sent in some of their top envoys to facilitate talks and negotiations. After sacking Prime Minister Monja Roindefo he replaced him with academic Eugene Mangalaza before he, in turn, was ousted from his post. Mr Rajoelina then named Col Vital Albert Camille as a replacement, even though he had previously said he would appoint Cecile Manorohanta in the role.

Following a popular uprising in 2009 instigated by the mayor of Antananarivo and Rajoelina, Ravalomanana was pressured to resign. Presidential power was then unconstitutionally transferred to Rajoelina with the support of a portion of the military.

A 2010 constitutional referendum ushered in the Fourth Republic in which the nation continues to be managed by Rajoelina’s unelected caretaker government known as the High Transitional Authority (HAT). Rajoelina, currently the youngest head of state in Africa, has failed to secure recognition from the international community, which largely views the current administration as illegitimate and has widely characterized Rajoelina’s seizure of power as a coup d’état.