Whether you’re an experienced climber, or a passionate walker with a sturdy pair of legs, we can recommend a trek for you. Here are a few of our favourites, all differing in terrain, climate and difficulty, but sharing one essential thing: a spectacular view. 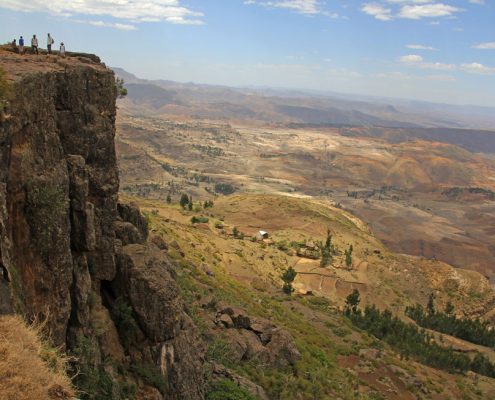 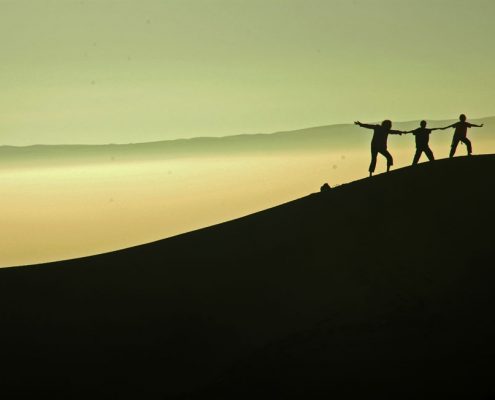 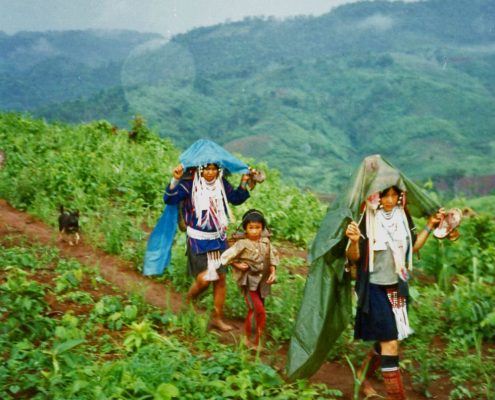 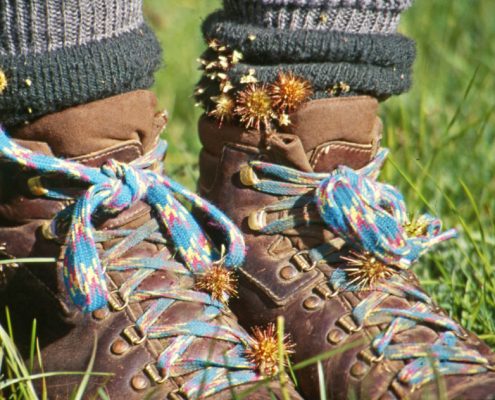 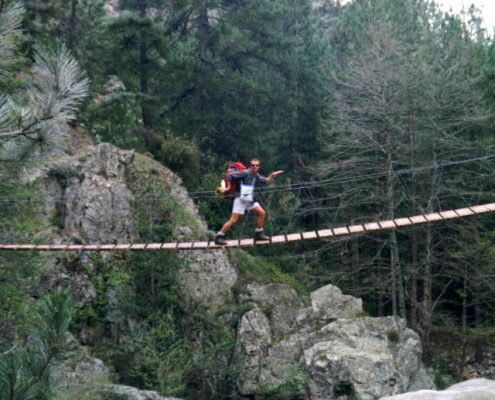 The 33km (20mile) Inca Trail starts at an altitude of about 2,800 metres in the Sacred Valley and ends four days later at Machu Picchu, at 2,500 metres. The trail winds its way through lush cloud forest and sub-tropical jungle, through cliff-hugging ruins and over the infamous Dead Woman’s Pass (at 4,200m, this is the highest point in the trek), taking in spectacular views of snow-capped mountains. The final destination of the trail is like no other: Machu Picchu, the mysterious lost city of the Incas. Named one of the new Seven Wonders of the World, this UNESCO World Heritage Site is the Inca Empire’s most extraordinary urban creation, a ruined city atop a mountain. With a little pre-trip training this trail should be well within the capabilities of anyone who is reasonably fit, and by taking a measured pace and keeping well hydrated, most people do not suffer from the altitude.

Reaching a height of 5,545m (18,193ft) at Kala Pattar, this difficult three-week trek through Nepal’s Khumbu district takes you to the base of the world’s highest mountain, passing undeniably spectacular scenery. You’ll see three of the highest peaks on Earth (Everest, Lhotse, and Lhotse Sar) in one glance. Healthy hikers could cover 35 miles in two days, but the need to acclimatise to the altitude means you’ll take ten days on the trek in to Everest, but only three on the way out. This necessary downtime allows you to savour the views, and the villages, monasteries and polyglot Buddhist culture all the more. Employing friendly Sherpa guides, cooks and porters is part of the experience.

This three day trek (32km, 20 miles) takes you through the stunning subalpine scenery of New Zealand’s South Island, passing through two national parks: Fiordland and Mt Aspiring. This is Lord of the Rings scenery – majestic views from Harris Saddle and atop Conical Hill, from where you can see waves breaking gently on the distant beach. The main challenge on this popular hike is actually securing a place, as only a limited number of people are allowed on the track at any one time.

Any walk in the Grand Canyon will undoubtedly be stunning, but this route tops them all, taking in both rims and the river and giving you plenty of time to savour the majesty of the natural environment – the multi-coloured layers of the Colorado Plateau showing evidence for two billion years’ worth of geology. There are hundreds of caves to explore, over 300 species of birds to watch and over 1500 unique species of plant. All trails are well established, with known water sources and good camping facilities along the way.

Hike in the foothills of Argentina’s fabled Fitz Roy Massif, the iconic ridge where the peaks of Poincenot, St. Exupery, and 11,073-foot Fitz Roy itself rise out of the steppes of Patagonia. From Camp Poincenot, start in the predawn hours for Laguna de los Tres by headlamp: the orange-tinged rock face at sunrise is a sight not to be missed. Hiking through the enormous Los Glaciares National Park takes you through gnarled beech forests and open plains to creaking glaciers, and roaring waterfalls. Go in February or March to avoid the crowds of midsummer and enjoy the mild, still autumn weather.

Mount Kilimanjaro is the tallest free-standing mountain in the world and one of the most accessible to climbers. There are currently eight recognised routes to the summit of Africa’s highest peak, Mount Kilimanjaro in Tanzania, the most popular of which is the Machame route.  There is good allowance made for acclimatisation, as well as varied topography on the way up. It begins in dense rainforest, includes a fantastically rewarding climb up to the Shira Plateau, where sunset over the rugged slopesof Johnsell Point and Klute Peak provides a fantastic photo opportunity. Seeing the sun rise over Mawenzi peak and light up the glaciers is a sight you will never forget. It can get busy in peak season, though, when one of the alternative routes may be preferable.

The Portuguese Island of Madeira lies in the Atlantic Ocean more than 500 kilometres from the African coast. A beautiful trek between the island’s two highest peaks, Pico Ruivo and Pico do Arieir is one of the most dramatic short treks in the world. An explosion of wildflowers bloom around every corner, and the sheer cliffs and jagged volcanic topography afford panoramic views across the valleys and the coast. The walk follows a very well-marked path with steps cut into the rock and can be easily completed in five hours.

The Alps stretch over 1,200km through Austria, Slovenia, Italy, Switzerland, Liechtenstein and Germany, and France with dramatic slopes and picture perfect lakes to explore. Walking routes during the summer months are often well signposted, and there are hundreds of routes of varying difficulty and terrain.  The best month to see alpine flowers is July, while you can hope to catch a glimpse of chamois, deer, foxes, ibex, marmots, stoats, and birds at any time of the year. Take a ski lift up to one of the peaks and wander slowly down admiring the view, stopping at pretty hillside villages for an ice cream on your way.

The High Atlas Mountains in Morocco are North Africa’s longest mountain chain, where you can find snow-capped peaks, densely green valleys and traditional Berber villages. There are charming mountain guest houses as well as stylish luxury hotels. Reachable in only a two hour drive from Marrakech, there are several good day walks in the Imlil and Ouirgane National Park areas, or you could opt for a longer, guided trek with fresh meals prepared along the way. The six day Toubkal Circuit is hard to beat, circling widely around Toubkal and reaching the remote high alpine areas around Lak D’Ifni, with all the stunning scenery this affords along the way.

Thailand, Laos, Vietnam and Southern China all offer wonderful opportunities to explore the region away from the tourist crowds. A trek across valleys and rivers, along winding jungle trails, through terraced rice paddies and under cascading waterfalls will bring you to indigenous hill tribes. Spending time with these friendly and welcoming tribespeople will allow you to observe what life is really like for villagers in this remote area.