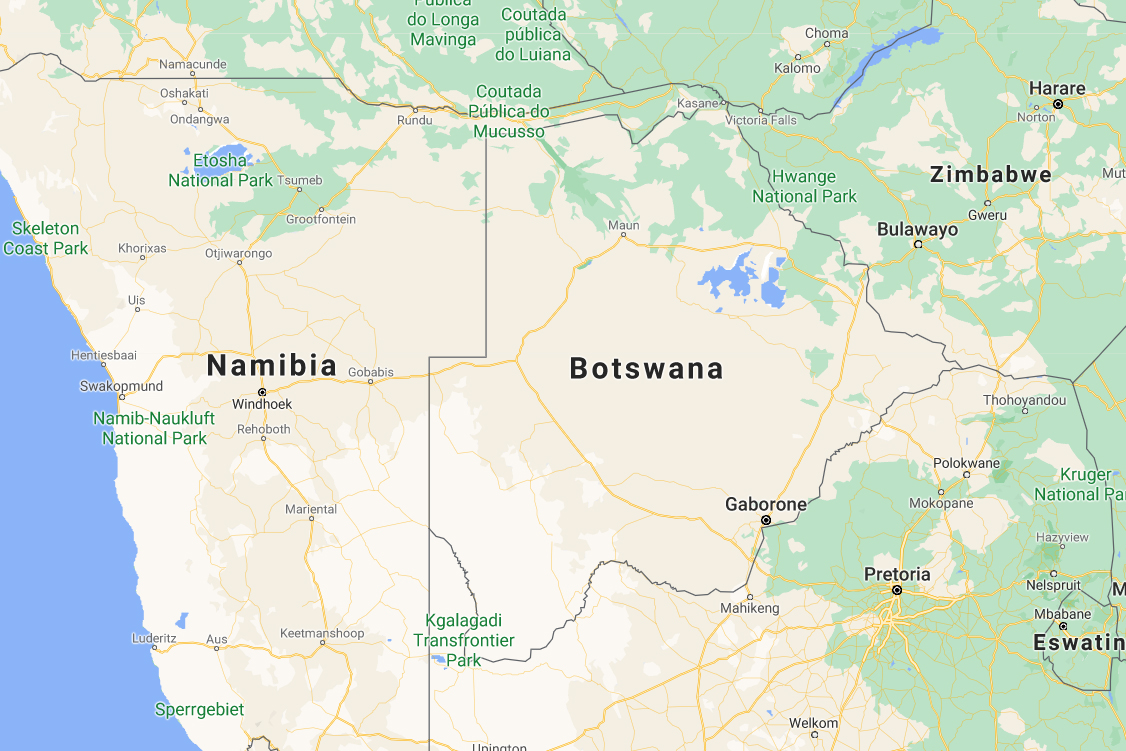 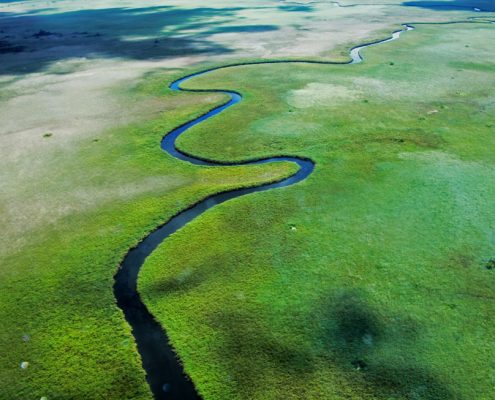 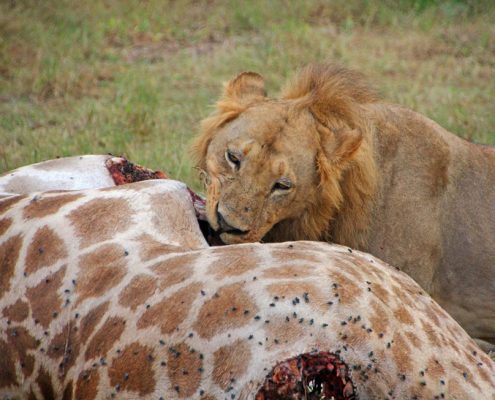 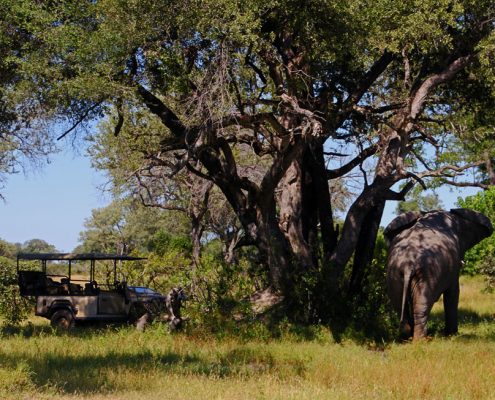 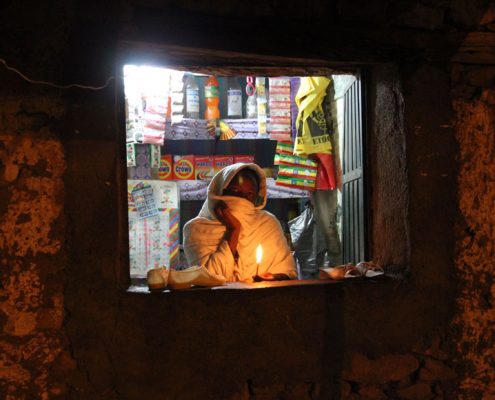 National Parks cover 17% of the country. To the north-west is the Okavango Basin, where the Moremi Wildlife Reserve and the Chobe National Park support abundant wildlife. To the Southwest is the Kalahari Gemsbok National Park.

The majority of the population lives in the south-east around Gaborone, Serowe and Kanye along the South African border. The vast arid sandscape of the Kalahari occupies much of north, central and western Botswana. The seasonal rains bring a considerable difference to the vegetation, especially in the Makgadikgadi Pans and the Okavango Basin in the north. The latter, after the winter floods, provides one of the wildest and most beautiful nature reserves in Africa.

Although Botswana is in the tropics, the climate is temperate because of the altitude and the fact the counrty is inland.  The hot and dry season is from September to October, and the rainy season from November to March.

The best time to visit is April to May and August to September. Night-time temperatures can fall below freezing.

The renowned Okavango Delta, the world’s largest inland delta,  together with the Kalahari Desert are merely the tip of the iceberg when it comes to this country’s attractions. The abundance and variety of wildlife in the Chobe National Park and the Moremi Wildlife Reserve is staggering and certainly unrivalled in Southern Africa.

Whilst in the Kalahari, do not miss the chance to see the 30,000-year-old paintings of animal life, and wander back in time. The endless gigantic salt pans are also there to be explored, not to mention the Mokoro trails. In the capital, Gaborone, there is an excellent National Museum with natural history and ethnological exhibitions. A trip to the weaving centre at Lentswe-La-Udi just north of Gaborone is recommended.

Imagine lush greenery and clear blue waters teeming with wildlife; crocodiles, hippos, hundreds of colourful birds, elephants, zebra giraffes and white rhinos. Imagine flooded salt flats covered with thousands of pink flamingos. Imagine diamond rich deserts. Botswana is the Africa everyone has always imagined. With over 40% of the country dedicated national parks and wildlife reserves, linked by roads that are few and far between, much of this landlocked state remains a pristine wilderness just waiting to be explored.

In the meantime, you can luxuriate on an enormous white bed over-looking a lagoon at sunset, sipping on soothing rooibos tea and watch the wildlife come creeping down to the water to drink.

Until the early 17th century, Botswana was inhabited by bushmen who were, to a large extent, overwhelmed by immigrant tribes during the 1600’s. Britain came into formal contact with Botswana in the 19th century through the British South Africa Company, who supervised the territory. The country achieved independence in 1966 and Seretse Khama became the country’s first President, a position he retained until his death in 1980. His party, the Botswana Democratic Party, has dominated the country’s politics since independence.

In recent years Botswana’s key domestic priority has been to tackle the HIV/AIDS pandemic. Botswana’s infection rate, estimated at 20 per cent of the total population, is among the world’s highest.

The economy is based on nomadic agriculture, mainly livestock, and cultivation of subsistence crops – maize, sorghum and millet. Cattle produces a large proportion of the country’s foreign exchange earnings. The remainder comes from mineral extracts such as diamond, nickel, copper and coal.

Botswana is blessed to be one of Africa’s success stories, remaining peaceful and democratic. Its education policies, health care and economic stability are, with the exception of South Africa, unrivalled in Sub-Saharan Africa.