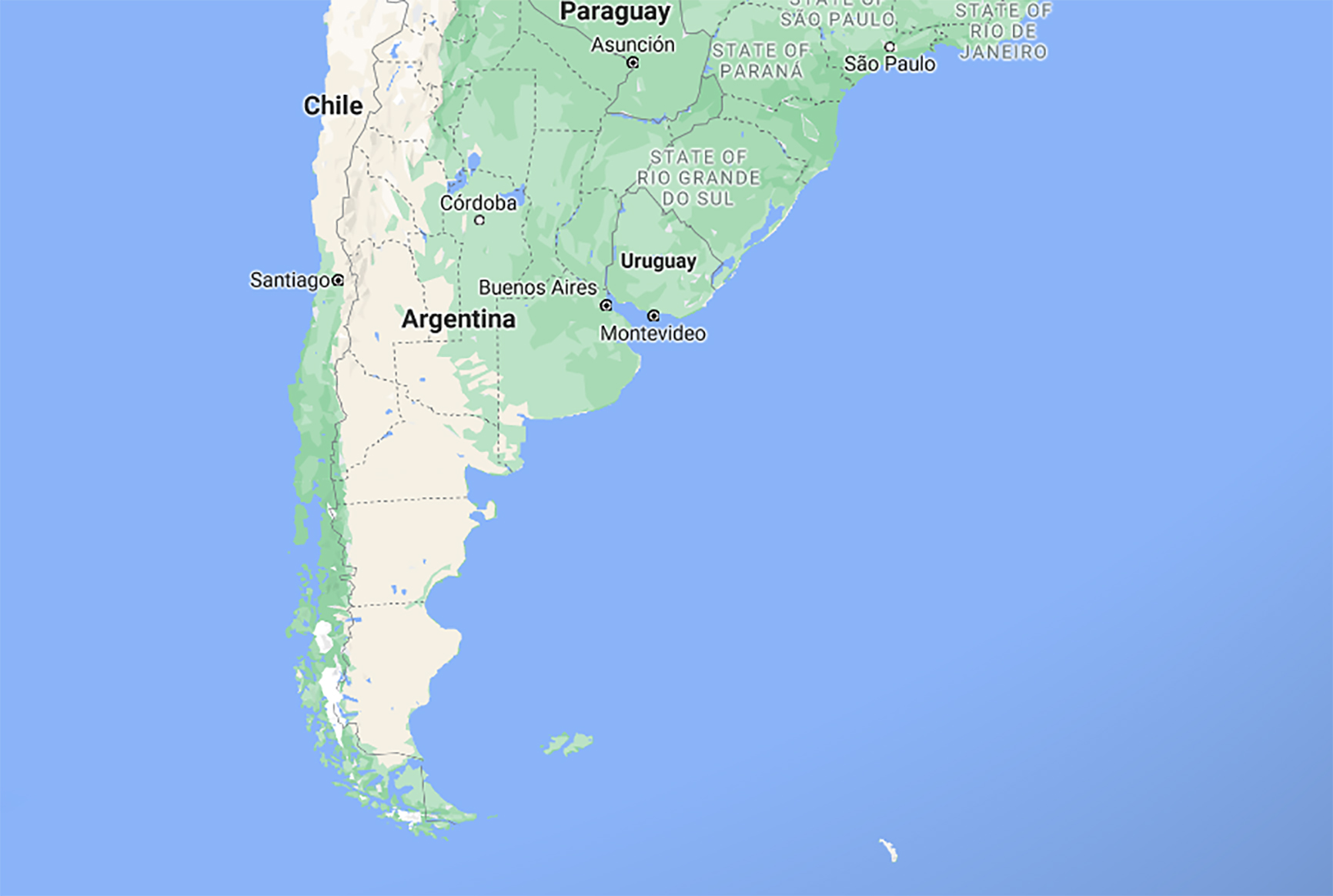 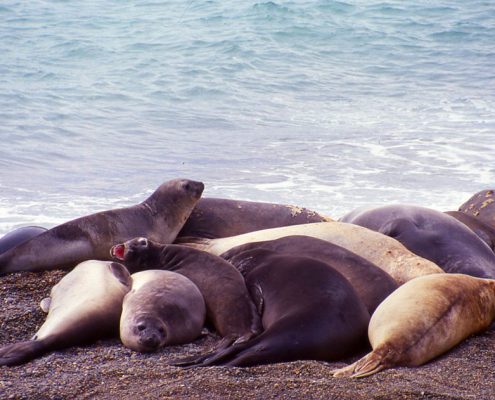 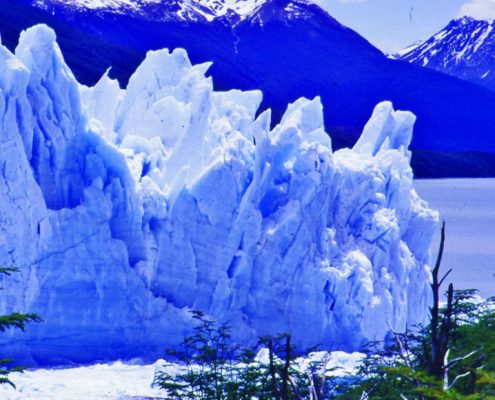 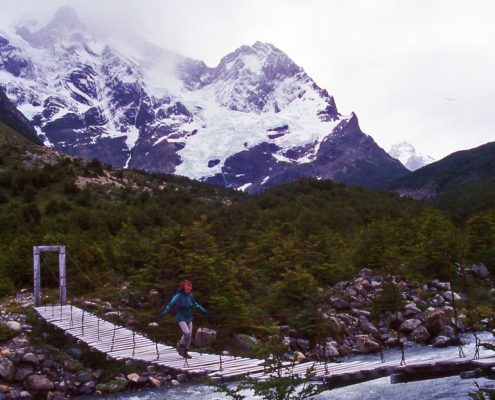 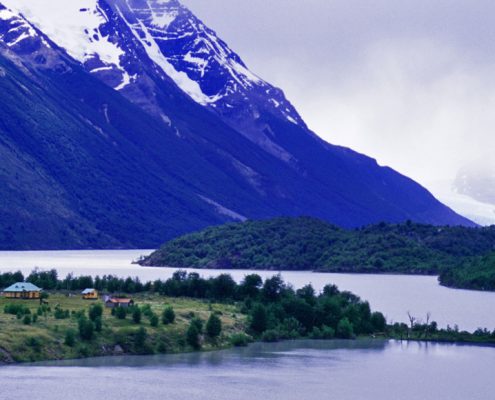 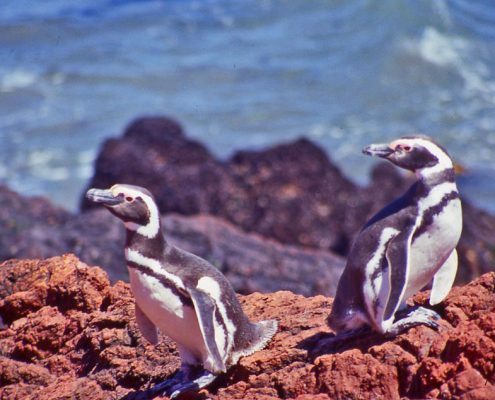 Argentina’s climate and geography vary considerably, ranging from high temperatures in the Chaco, to the mild climate in the central Pampas and the freezing Patagonian Sea. The north is subtropical with rain year-round, while Tierra del Fuego in the south has a sub-Arctic climate. The main central region is temperate but can be hot and humid during the summer months (December to February) and cool in the winter.

The heart and soul of the capital Buenos Aires remains, as in colonial days, around the Town Hall region and Plaza de Mayo from where the independence movement began. Highlights are the Casa Rosada (Presidential Palace), Cathedral (burial sight of Argentina’s liberator, San Martin), Nuestra Senora de la Merced and the Biblioteca Nacional (National Library). There are scores of museums, including The National Art Museum, the Folk Art Museum. Don’t miss the Teatro Colon. The city of Cordoba is a lively university town with interesting architecture and cultural scene, whilst Salta has a colonial cathedral containing a gold altar and is set amidst arid, cactus-strewn, multicoloured, mineral rich mountains.

Tucuman, the ‘Garden of Argentina’, has some of the finest colonial churches in the country. One of the most famous sights in the whole country is the staggering Iguazu Falls on the border with Brazil and Paraguay, thundering 70m to the bed of the Parana River. Mar del Plata, one of the most popular resorts on the Atlantic coast, has several kilometres of fine beaches. Mendoza, a balmy city only 6 hours drive from Santiago de Chile is famous for its vineyards. Heading south, explore the gorgeous turquoise glacial lakes around Bariloche.

You can ski at world class resorts Cerro Chapelco, Tronador and San Martin de Los Andes during the winter. Further south is El Chalten, a windswept valley town where hikers can head to the famous Mount Fitzroy, a haven for climbers and trekkers, and the tourist ridden El Calafate that has sprung to service the staggering, toothpaste-blue Perito Moreno Glacier that every year creaks and cracks into an icy lake. Visit Ushuaia, the city that sells itself as ‘the End of the World’ due to its position at Argentina’s southernmost tip, the gateway to Antarctica.

Argentina is a vast country, and so it follows that it has an enormous amount to offer the hungry traveller. Buenos Aires is an elegant shopper’s paradise and a cosmopolitan cultural centre, with its seductive tango shows and top end restaurants where you can enjoy an exquisite steak accompanied by a hefty bottle of Malbec for even less than you might imagine.

Outside of the capital, the landscape swings from the steamy jungle in the northeast, humming with wildlife, to the wide open Pampas where you can gallop for miles in the sole company of cows and horses; from the perfectly preserved national parks in the south that harbour lakes glowing with glacial minerals and majestic Araucaria trees, to the vast reflective salt flats in the desert north. The only thing that remains a constant in this enormously diverse country is the people, who are unfailingly welcoming and affectionate, never far from offering you a steaming sip of the country’s favourite drink: mate.

Estimates are that the first humans settled in southern Patagonia up to 13,000 years ago. Since then the first written history charted the Spanish influence over the region.

The Viceroyalty of the Rio de la Plata was formed by the Spanish Crown in 1776 and was an amalgamation of territories which gradually, over time, transformed into several independent states including the United Provinces of Rio de la Plata. The federal state that is today known as Argentina was formed between 1853 and 1861 following the military defeat of the Spanish Empire in 1824 and the declaration of independence in 1816.

Right up until the colonial period, Argentina was sparsely populated and there is evidence that a prolonged period of drought dating back to between 4000 and 2000 BC resulted in the depopulation of large areas in the central and piedmont regions.

Settlers from Lima, Peru arrived in regions that became part of the Viceroyalty of Peru. Later the Viceroyalty of the Rio de La Plata (consisting of Argentina, Uruguay, Paraguay and much of Bolivia) was established by the Spanish as an attempt to raise the status of this region. As a result Buenos Aires became a flourishing port transforming it into one of the most important commercial centres in the region. Owing to the lack of Spanish support and also lack of cohesion between the various regions under the Viceroyalty of the Rio de La Plata, the latter was dismantled. The British, riding high on the success of their victory over the Spanish in the Battle of Trafalgar, attempted to invade Buenos Aires and Montevideo in 1806 and 1807. They were defeated in both attempts which served as a great boost to the confidence of the cities having achieved both victories without any help from the Spanish.

A number of small revolutions were sparked in Chuquisaca, La Paz, Montevideo and Buenos Aires following the beginning of the Peninsular War in Spain and the capture of the Spanish king, Ferdinand VII which was a cause for great concern throughout the Viceroyalty. The May Revolution of 1810, prompted by the defeat of most of Spain, was, however, successful.

A period of change ensued whereby the viceroyalty became known as the United Provinces of the Rio de la Plata and later, some of the territories within it, divided into different countries.

The arrival of Jose de San Martin in Buenos Aires along with other generals from the Peninsular War gave added weight to the Revolutionary War. San Martin created The Army of the Andes and embarked on a major military campaign that spanned across the Spanish territories of America. Together with the help of other Chileans and Bernardo O’Higgins he liberated Chile and with the help of the Chilean navy went on to do the same to Peru.

In 1825 the Congress of Tucuman – a new assembly – was called and independence from any foreign power (including Spain) was declared. Argentine independence was officially recognised in 1825 by the United Kingdom.

Argentina went through a period of economic prosperity with foreign investment, new railroads and ports and an influx of immigrants from Europe. By 1929 Argentina was a wealthy country on the world stage but with the Great Depression came a period of political instability prompted by a military coup. This marked the beginning of the ‘Infamous Decade’ which was characterised by electoral fraud, government corruption and persecution of political opposition.

This decade was finally brought to an end in 1943 when a secret alliance between the military leaders of the Argentine armed forces demanded the resignation of President Castillo.

The 1950’s and 1960’s were notable decades for the frequent coup d’état, high inflation rates and low economic growth.

By the 1980’s the country had returned to civilian rule however its economy was in ruins and its external debt was huge. By 2001 the economy had completely collapsed and left over half of the population living in poverty. Recovery finally started to happen by 2003. Argentina has been in dispute with Britain over the Falkland Islands which are governed as a British overseas territory, since 1982. This dispute led to war in 1982 when Argentina’s military junta invaded the islands which were then re-conquered by the British

Today the country continues to face economic challenges. It is a country that is rich in resources and is made up of a well-educated workforce. Poverty remains rife and unemployment high but the Argentines remain positive in the wait for an economic upturn.