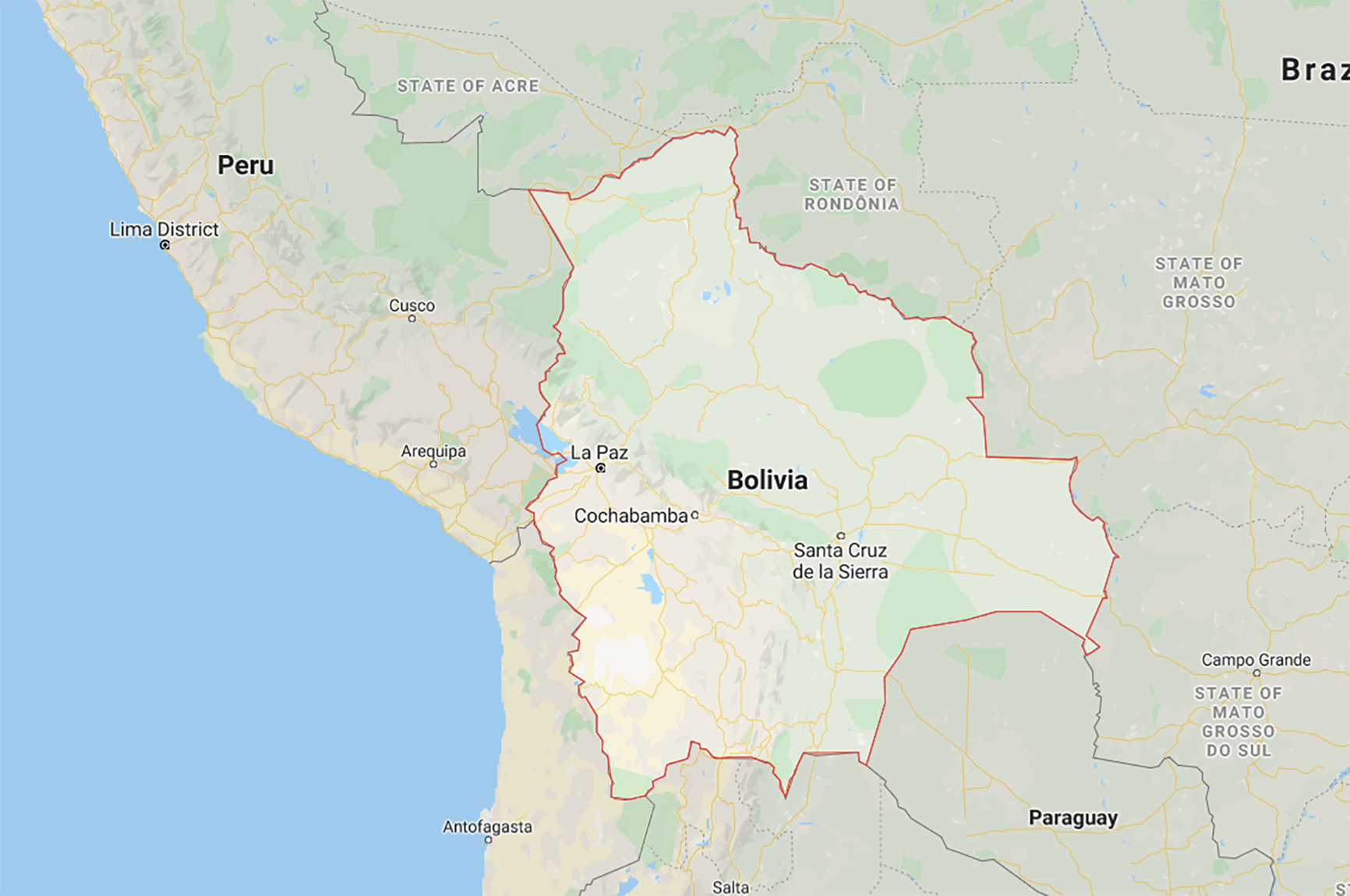 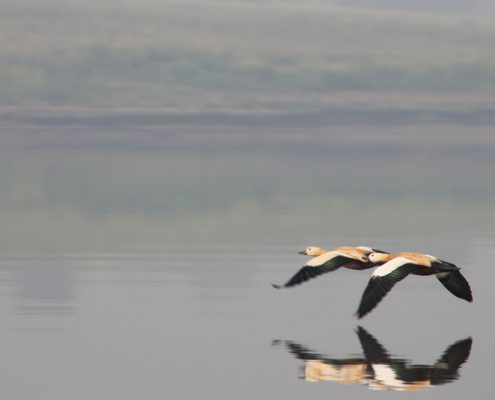 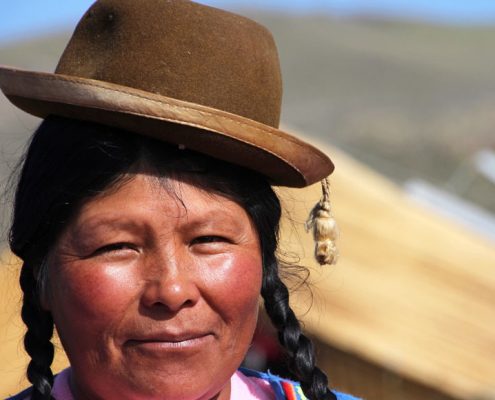 Bolivia is a landlocked country sharing frontiers with Peru, Brazil, Argentina, Paraguay and Chile. There are three distinct types of landscape. The first is the high plateau known as the ‘Altiplano’, a predominantly barren area about 4000m above sea level. It comprises 10% of the country’s territory and 70% of the population, nearly one-third of which are urban dwellers. The second is a fertile valley situated 1800m above sea level. The third area comprises the lowland tropics which stretch down to the borders with Brazil, Argentina and Paraguay.

Bolivia has a temperate climate but the temperature varies wildly between day and night. The rainiest period is from November to March, which, in extreme circumstances, may induce landslides in mountainous areas, and make roads impassable. The northeast slopes of the Andes are semi-tropical. Visitors often find La Paz uncomfortable due to its high altitude. Mountainous regions can be extremely cold at night.

La Paz, situated at 3632m (11,910ft) above sea level, is the world’s highest capital city. Mount Illimani stands in the background. The city contains many museums and is well provided with comfortable and modern hotels. Nearby attractions include Lake Titicaca with its fascinating Uros reed islands, Yungas valleys, the Chacaltaya skiing resort and the exceptional rock formations in the Moon Valley. Cochabamba, known as the garden city, is 2558m above sea level and boasts a long tradition of local culture and folklore.

Potosi, at the foot of the famous Rich Mountain, is known for its mineral wealth – today you can take a guided tour of the mines. Oruro is a traditional mining centre with many relics of a colonial past. It has a famous carnival during the months of February/March every year. Sucre, in the state of Chuquisaca, played an important part in the struggle for independence and is rich in museums, libraries and historical archives. Tarija enjoys and excellent climate and is festive and hospitable. Graced with beautiful flowers and magnificent wines it is an excellent place to unwind. The states of Beni and Pando, situated in the heart of the Bolivian jungle are colourful and teeming with wildlife, and peppered with eco-lodges. Visit the highest salt flats in the world, Salar de Uyuni and witness their perspective altering vastness.

Bolivia, mineral rich but economically still struggling, is one of the most rugged of Latin American countries. It is geographically incredibly diverse; standing in the steaming Amazon basin it is almost impossible to imagine that the same country could be home to the dizzying heights of the Altiplano, with its thin, whipping winds and plains strewn with wild llamas. Much of Bolivia’s landscape is untamed, and offers enormous opportunities for the most intrepid amongst you. With an enormous indigenous population, Bolivia also has a fascinating cultural heritage. The bright fabrics, thick black braids and wide smiles of the Bolivians will greet you with curiosity and unparalleled generosity.

Bolivia was originally inhabited by the ancient Aymara civilisation that lived on Lake Titicaca. Later this civilisation was conquered by the Incas, who were themselves conquered by the Spanish in 1538. In 1825 Simon Bolivar led the country to independence. Bolivia entered an unprecedented era of political stability, ending a record of military coups and recurrent internal strife which was little short of ludicrous: there were 192 coups in the 156 years from independence to 1981, an average of one every ten months. The government, while dramatically reducing hyper-inflation, received some domestic criticism for its participation in the US-sponsored ‘war on drugs’ in Latin America, but its dependency on American aid has secured its collaboration.

Presidential elections took place in December 2005 against a backdrop of political turmoil and social unrest. Evo Morales, a leftist and Bolivia’s first indigenous president won a decisive victory and was inaugurated in January 2006. Soon after Morales’ appointment, the IMF announced a US$2 billion debt-forgiveness plan for Bolivia. Morales was quick to set about change, carrying out some hefty initiatives: in May 2006 he nationalized Bolivia’s energy industry, and in July 2006 he formed a National Constituent Assembly through local elections to set about rewriting the country’s constitution.

While Morales is considered by some to be a populist leader, he is seen also as antagonistic to the US, especially in his ties to the leftist governments of Venezuela and Cuba. Furthermore, he has set about redefining indigenous identity and empowering the underprivileged indigenous majority, giving rise to what some sociologists and anthropologists are predicting will be the next cultural revolution.