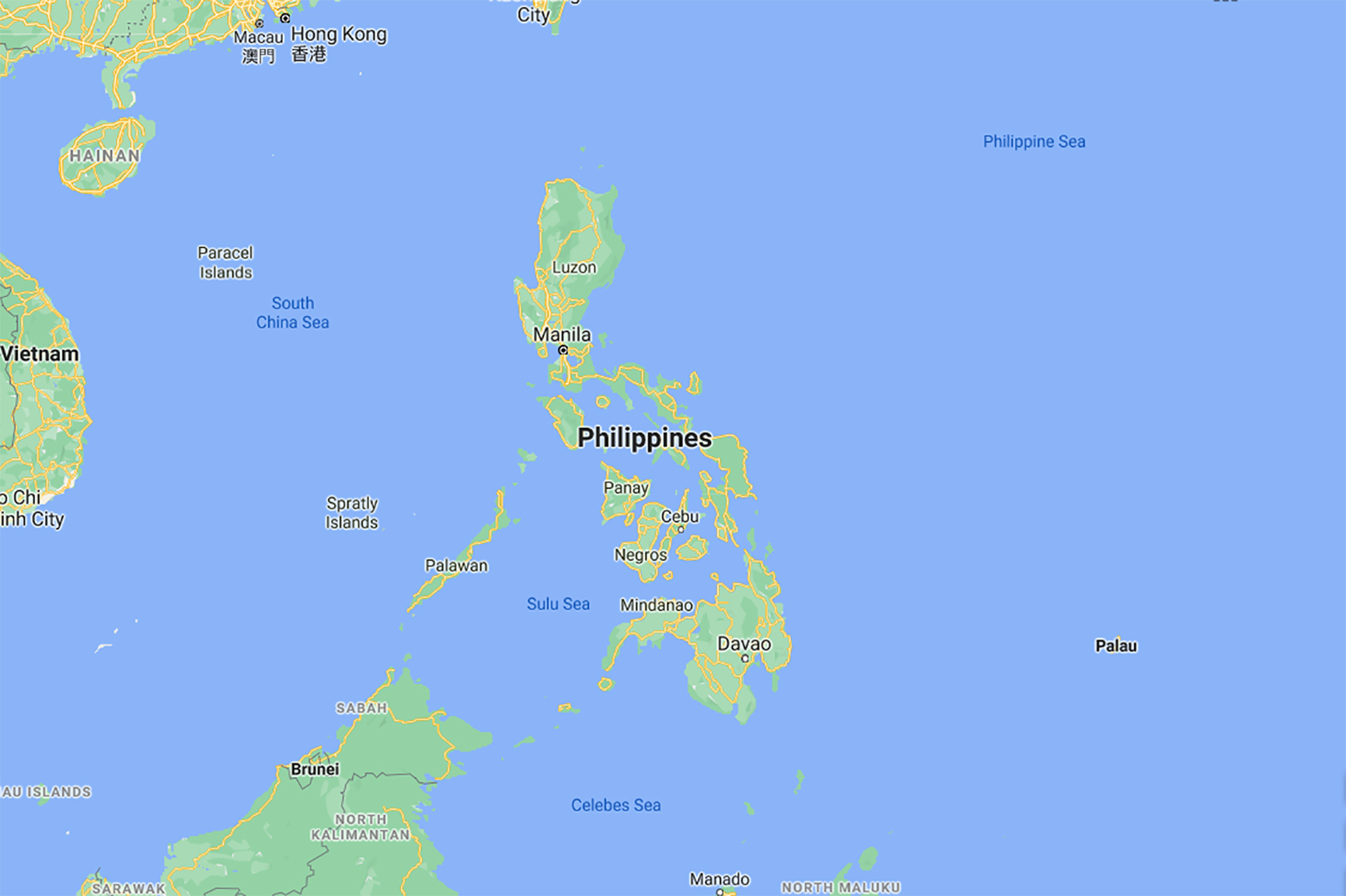 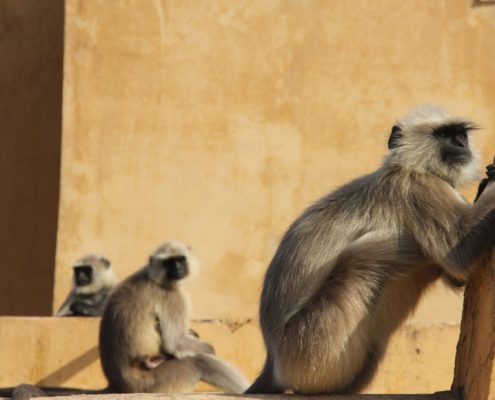 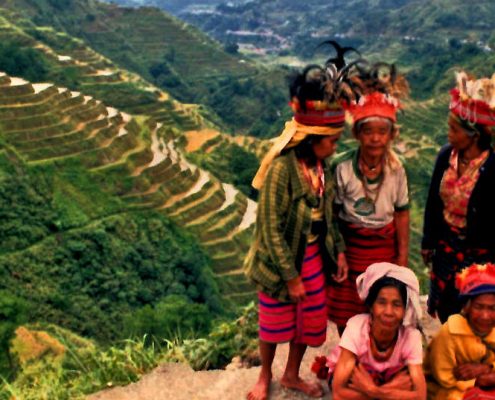 The Philippines are a collection of 7107 islands (2,773 of which are named) with one of the longest coastlines of any nation of the world. The islands lie off the south-east coast of Asia between Taiwan and Borneo in the Pacific Ocean and South China Sea.

94% of the land is distributed over the 11 largest islands, and the islands are divided into three groups: Luzon, Visayas, and Mindanao. Luzon, is the largest and most populated island, and is home to the capital Manila.  The Visayas are a scattering of seven islands in the central Philippines. Mindanao is the Muslim centre in the south,and the second largest island in the country.

All of the islands in the Philippines are prone to earthquakes and are part of a western Pacific arc system characterised by active volcanoes.

Superb weather coupled with warm tropical waters can offer some of the most attractive sunbathing and swimming facilities in this part of the world. There are three distinct seasons; the rainy season (July to October), cool and dry (November to February), and hot and mainly dry (March to June).

Main places of interest in Manila, the capital, include the Manila Cathedral from which there is an excellent view of the 800 square miles of harbour, and the ruins of Fort Santiago. These ruins are positioned just north of the cathedral and are now used as a pleasant park which is in stark contrast from when it was used as a Japanese prison during the war. The Rizal Museum is probably the most interesting section of the fort. Chinatown is a market in the district of Binondo, crowded with shops, stalls and restaurants, that mustn’t be missed. Malacanang Palace has splendid gardens that are well worth a visit, and is now the home of the President of The Philippines. Luneta Park contains the Rizal Monument, a memorial to the execution of this great Malaya intellectual in the late 19th century. A good place to visit on a Sunday, it is used as one of the city’s most popular meeting places; balloon sellers, mime artists, ice cream vendors, chess, dancers, jugglers and preachers. Ermita is the ‘tourist area’, although The Hilton is the only major hotel located here – restaurants, night-clubs, shops, girlie bars and ‘non stop action’ saloons – the seedier section of town.

Out of town, you ought to visit Las Pinas, a little way out of the city, where the Jeepney factory allows visitors to wander around free of charge. On Corregidor Island you will find ‘the Rock’, a famous memorial to the slaughter during the Japanese invasion, accessible by hydrofoil. A day trip to Pagsanjan, located 40 miles south of Manila, includes dug-out canoe rides down the jungle bordered river to the Pagsanjan Falls where the film ‘Apocalypse Now’ was shot. A short distance from Manila is Laguna, famous for its hot sulphur springs. The ‘Towns of Bath’ are located here – Pansol, Cuyab and Los Banos.

The variety of experiences the Philippines offers is truly amazing; white sandy beaches, dramatic landscapes, a colourful culture, thriving cities, spectacular reefs teeming with brilliant fish and ‘rice terrace mountains’ all combine to make this one of the highlights of any trip to the Far East. However, the Philippines’ most outstanding feature is its people. The country’s population is estimated at 94 million, and rising; the majority of the people are of the Malay race, along with Chinese, Filipino-Spanish and Filipino-American minorities. Such a mix has added greatly to the diversity of cultures on the islands and helped to make some of the friendliest people in Asia. Filipinos genuinely want visitors to have a good time. Most of them not only are pleased to pose for photographs, they won’t stop posing!

The Philippines is also a haven for shoppers. Countless bargain opportunities exist for the handicrafts of the different regions and they can be sought everywhere from department stores to the colourful flea markets. The best buys include silver jewellery, cloth weaves, wood carvings, tribal art, coral trinket boxes, rattan furniture and baskets.

The Philippines, named after King Philip II of Spain, have a relatively untracked past historically due to the ruthlessness of the Spanish who managed to systematically destroy all forms of local ‘pagan’ culture.

Ferdin and Magellan, a Portuguese navigator who decided to side with the Spanish, set off on a ’round the world explore, grab and claim anything worth alleging in the name of Spain’ sail, in 1519. He reached the Philippines in 1521, involved himself in a few local rows between Cebu Island and the nearby island of Mactan, secured for himself a ‘boat load’ of spices and headed back to Spain.

Miguel de Legaspi was the Philippines’ next European visitor in 1571. He stormed Cebu and settled Spain’s first permanent Filipino outpost. The Spanish finally moved their headquarters to Manila in 1571. Over the next few years the Spanish took on the Japanese, Chinese and various other European nations whilst trying to establish political control and Christian dominance. In reality the Muslim areas to the south, namely Mindanao and the Sulu archipelago failed to come under control. The British had a foot hold in Manila in 1762, as a result of the ‘Seven Years War’ in Europe, but failed to get to grips with the colony, mainly due to the fact that they spent the majority of their time quashing Spanish revolts.

The Americans had a hand at running the country after the Spanish-American war. Their period of ‘tutelage’ eventually ended abruptly with World War II. During the 50s and 60s power shifted back and forth between different political parties until Ferdinand Marcos took power in 1966. Marcos was the first Filipino leader to get re-elected in 1970; he subsequently declared martial law in 1972 and began to suppress opposition leaders. Unrest continued, particularly after the murder of the moderate opposition leader Benigno Aquino in 1983. Marcos, and his ‘thousand pairs of shoes’ wife Emelda, were finally overthrown in 1985 when the military joined the ‘people power’ support of Cory Aquino, the widow of the murdered opposition leader.

After a brief ‘honeymoon’ period of popularity President Aquino’s rule now looks less secure, torn as it is between the popular tumult that swept her to power and the military support that guaranteed a comparatively bloodless revolution. In foreign affairs Aquino has pledged to continue Marcos’s pro-American policies. The American presence has been predominantly represented over the post war years by the two huge military bases on Luzon Island, {(i) Subic Bay and (ii) Clarks Air Base} in turn providing over 80,000 jobs and about a billion dollars towards the economy. The question of whether the North Americans were to stay after their agreement was due expire in 1991 attracted conflicting views across the country; the nationalists wanted the Americans out but the economic advantages suggested they stay. As it happens Mother Nature provided the most poignant message when Mount Pinatubo, dormant for 600 years, erupted in the summer of 1991 destroying Clarks Air Force base. The expense of rebuilding the base persuaded the United States to abandon the project. In October 1991 a deal was struck whereby the North Americans agreed to a total pull-out by 1994 thus allowing for the return of Imelda Marcos to face criminal charges.

The Philippines return to democracy is welcomed throughout most parts of the world, however, whether the stepping down of Cory Aquino and future elections will continue to provide a relatively peaceful Philippines public life has yet to be seen in its full. The country’s economy will ultimately control the politics of The Philippines – to date the South East Asian up turn in economies has given The Philippines a better performance record since the early problems experience when Cory Aquino first came to power.

The country’s economy is principally agricultural; the Philippines is the world’s largest producer and exporter of coconuts. Although self-sufficient in rice and other important foods the land ownership system over the years has often favoured a small minority of wealthier landlords, thus greatly slowing down the progression towards a much-needed land reform a continual problem in the Philippines since receiving independence after the war. Religiously the Philippines are unique being the only predominantly Christian country in Asia (90% of pop. is Christian – of which 80% are Catholic).