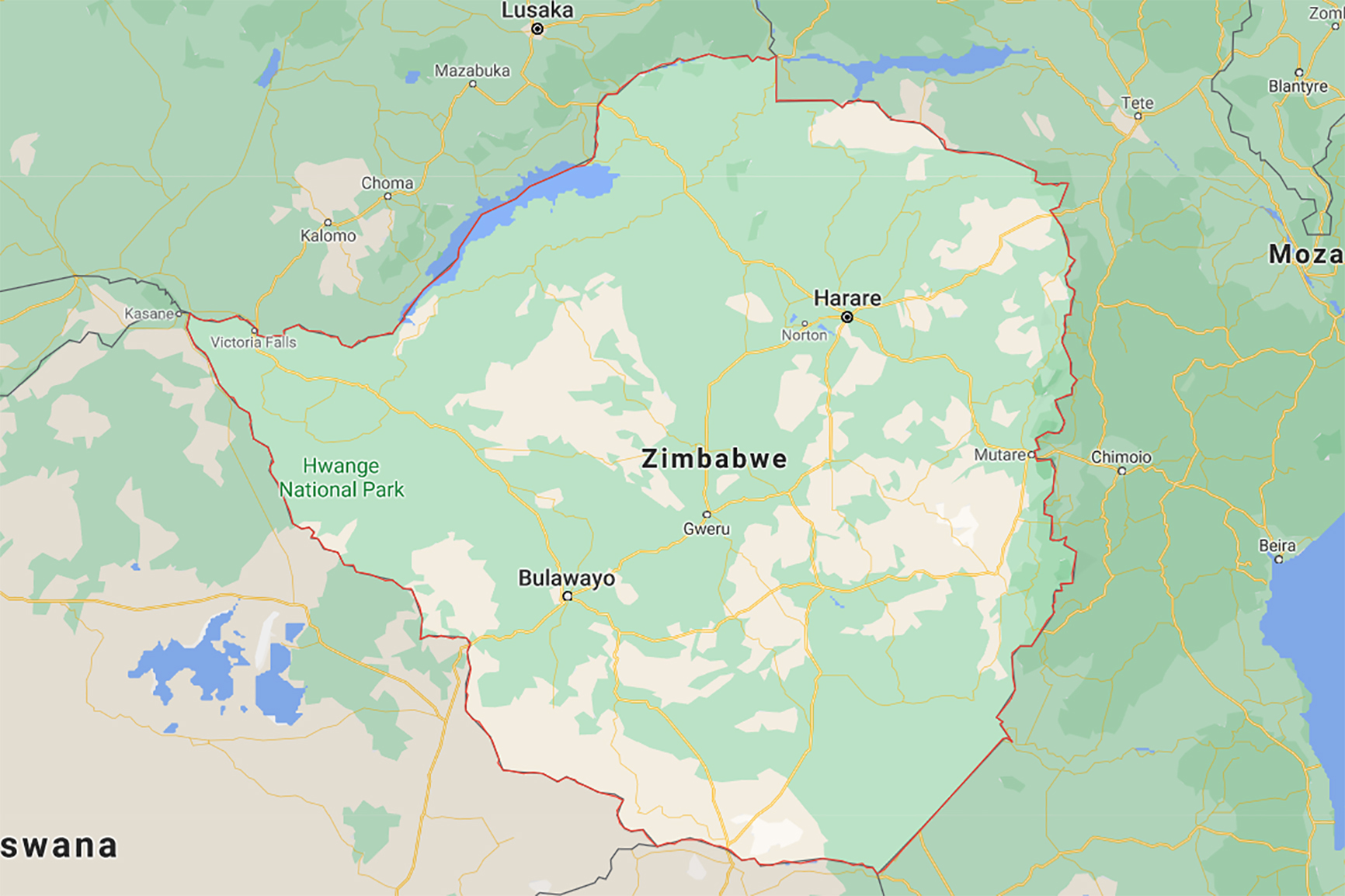 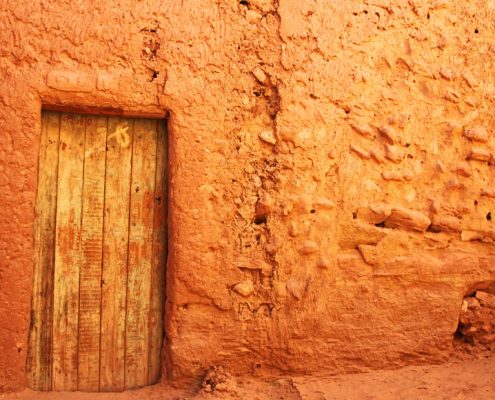 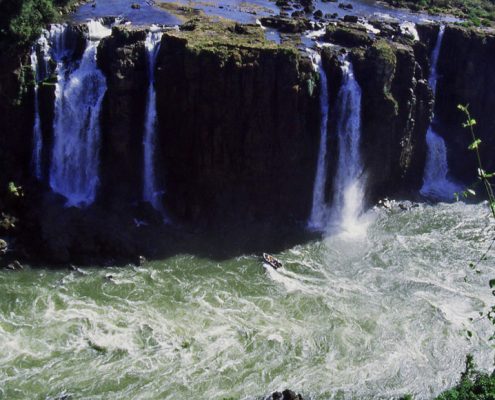 The Highveld, running from the Northeast to the Southwest of the country, is a chain of low mountains and rolling hills punctuated by huge granite outcrops (kopjes). Mount Inyangani (2,592mts), the country’s highest point, is located on the eastern border in the high mountain region. Zimbabwe offers a wide selection of impressive game parks and wildlife reserves, particularly in the south; Matapos (south), Hwange (Southwest), Mana Pools (Northeast) and Nyanga (North) are particularly impressive.

Zimbabwe has temperate weather all year round because of the altitude and the inland position of the country. The hot and dry season is from September to October, and the rainy season from November to March. The best months to visit are April to May and August to September. Night-time temperatures can fall below freezing.

Harare, the ‘Sunshine City‘ is a must-see. The Robert Mcllwaine Recreational Park has a lake, game reserve and a variety of water sport facilities. The Lion and Cheetah Park on the outskirts of town is well worth a visit, as is the Queen Victoria Museum which has excellent Mashonland wildlife and anthropological displays.

The National Gallery of Zimbabwe has displays of African artefacts with masks and carving from throughout the continent. Tobacco Auctions are a hive of activity with hundreds of tons of tobacco bought and sold at break neck speed – an impressive and amusing spectacle to say the least. Lastly, pay a visit to the Larvon Bird Gardens, the Ewanrigg Botanical Gardens and the Balancing Rocks – just over ten miles east of Harare.

Outside the capital, there are of course the Victoria Falls – by some standards the largest in the world, and certainly some of the most beautiful. The Eastern Highlands are highly sought after by walkers and trekkers, and the Zambezi River offers plentiful fishing for giant catfish and tigerfish, as well as canoe safaris. The variety of bird and animal life in the Hwange National Park is unparalleled in Zimbabwe, being the largest of the country’s parks, though the Mana Pools are equally beautiful.

A huge country in the heart of Southern Africa offering a vast array of stunning scenery, rivers, extensive wildlife, majestic national parks and friendly people. A cosmopolitan society today with a very poignant history perfectly illustrated by the Great Zimbabwe National Monument which exhibits fascinating ruins from the largest complex of ruins south of the Egyptian Pyramids.

Behind all the bad press because of a difficult political situation lies one of the world’s most beautiful countries – and visitors are so few that you will truly be welcomed with open arms. With an impeccable climate and miles of unspoilt wilderness, much of Zimbabwe is just waiting to be fully appreciated in all its glory.

One of Africa’s largest and most advanced civilisations lived on present-day Zimbabwe during the 13th and 14th centuries. European colonisation was resisted until the late 1890’s when Cecil Rhodes’ British South Africa Company seized control, finally running the country (then known as Southern Rhodesia) up until 1923 when it became a British Colony. A ‘white-only’ vote rejected a move to join the Union of South Africa let by Smuts. This in turn led to Southern Rhodesia forming and therefore joining the Central African Federation with Northern Rhodesia (modern day Zambia) and Nayasaland (now Malawi).

In 1965 a resistance to decolonisation, heavily supported by South Africa, issued a Unilateral Declaration of Independence (UDI). A violent civil war broke out between the white minority government and those believing in African independence. This continued until 1980 when the granting of independence was issued with a general election under British auspices. This was decisively won by the ZANU Party, with Robert Mugabe as their leader, with the ZAPU Party in opposition under Joshua Nkomo. After a few years of dissent from the ZAPU Party, the country’s domestic affairs remained relatively calm, with marked tranquil relations between the white minority (still holding the majority of Zimbabwe’s resources) and ZANU government.

The two parties joined peacefully in 1988 forming the ZANU Party. In 1990 they won 147 of the total 150 seats in parliament – this appeared to have followed Robert Mugabe’s plan of a One Party State, however, as the months and years went by this changed to a more totalitarian system akin to other African countries. With the lack of any substantial opposition Mugabe proceeded as chief controller both politically and economically.

Economically Zimbabwe followed trade liberalisation and land reform. Mugabe’s strong anti-apartheid stance continued to rule foreign policy with an ever-watchful eye on the progress, or lack of progress, of events in South Africa. Zimbabwe maintained to have good relations with the West (in particular The U.K.) as well as continuing friendly relations with China, North Korea and various eastern European countries. The deployment of Zimbabwe troops in war torn Mozambique, protecting the vital Beira Railway, cost enough money to encourage the Zimbabwe government to play an active part in helping to settle one of Africa’s more depressing civil wars.

In the 2000s, with enormous economic instability, widespread famine, and a lack of resources or machinery to deal with the HIV/AIDS pandemic, which affects an estimated one quarter of the population, President Mugabe soon earned himself widespread scorn from the international arena.

A historic power-sharing agreement was signed in 2008 by President Robert Mugabe and Morgan Tsvangirai, leader of the Movement for Democratic Change. Following elections in July 2013, the results of which have been widely disputed, Mugabe was sworn in as president (his seventh term in office as Zimbabwe’s leader) after allegedly securing more than 60% of the ballot.