Top tip: Dress for all seasons all the year round 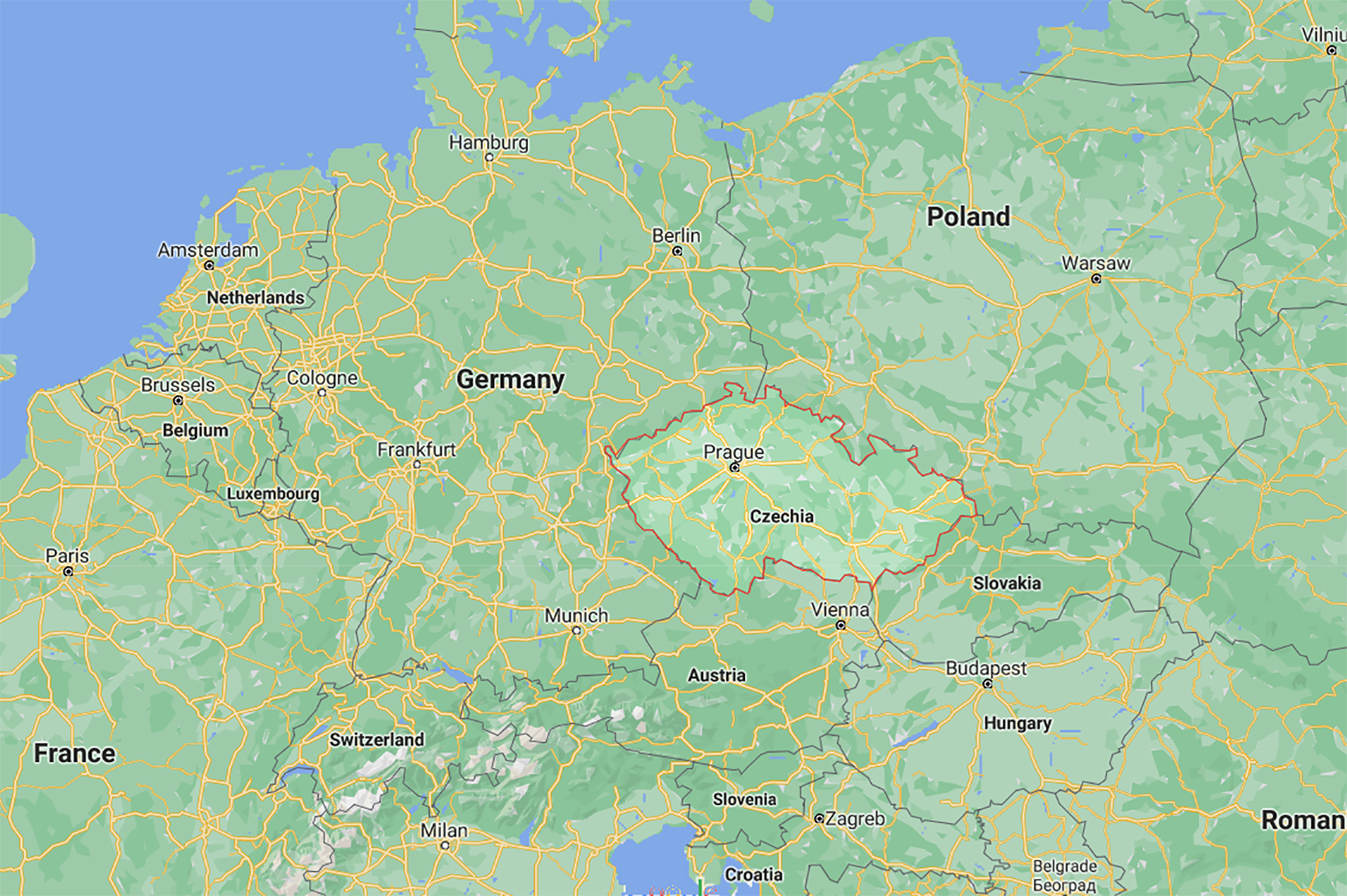 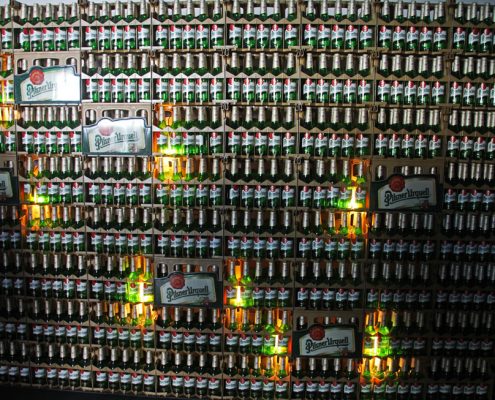 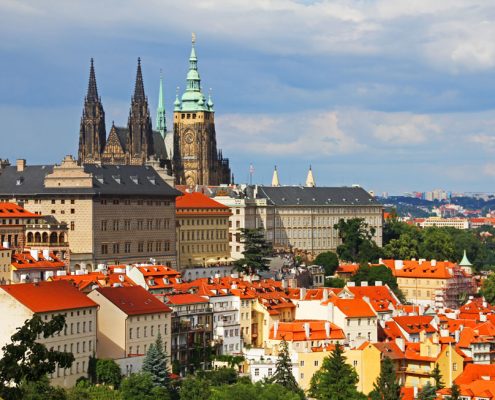 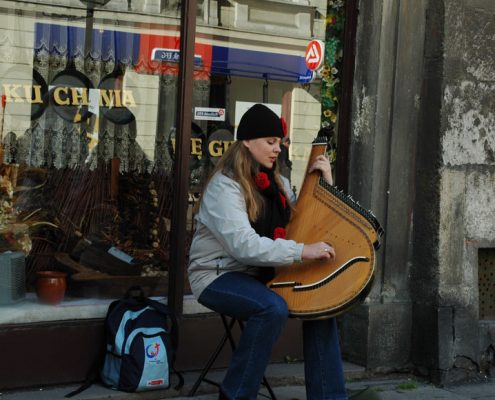 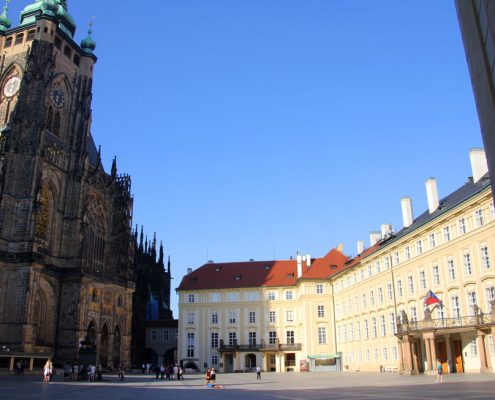 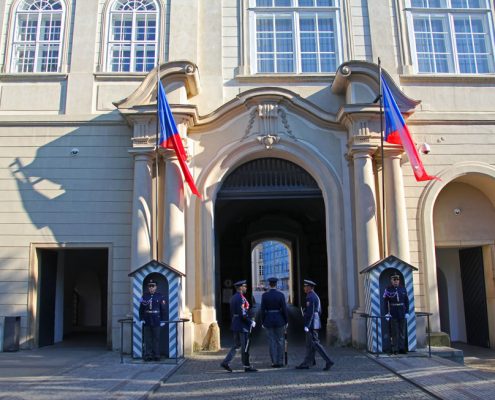 Located in Central Europe, Czech Republic is a landlocked country, bordering Germany, Poland, the Slovak Republic and Austria. Czech Republic is considered a hilly country with picturesque valleys and rivers. It has a temperate continental climate, with reasonably hot summers and cold, cloudy winters with plenty of snow. Most rainfall occurs in the summer months. The temperature difference between summer and winter is relatively high, due to the landlocked geographical position.

Positioned on the banks of the Moldau River, Prague is with out doubt one of Europe’s charming cities. A true cultural centre, with majestic Baroque and Romanesque architecture and enough classical music to feast on for weeks, Prague is the perfect destination for any arts lover. Some of the most popular attractions include the Hardcany complex of the Castle, St. Vitus Cathedral and selection of Palace Rooms including the Vladislav Hall. The annual Spring Music Festival, Czech Philharmonic Orchestra and National Theatre offer music lovers an impressive range to choose from. The Little Town area is a maze of twisting streets and alleyways with a combination of artisan houses and palaces from the 17th and 18th centuries. Explore spectacular caves and underground rivers of the Moravian Karst, visit St Barbara’s Cathedral and an ancient silver mine at Kutna Hora, and stay in Ceský Krumlov, perhaps the country’s prettiest town with its picturesque castle. Cycle through vineyards in Moravia, peer into a 140m deep sink hole in Macocha, in a limestone region made up of a rabbit warren of caves and tunnels. Pay a harrowing but informative visit to a former Nazi concentration camp at Terezin, and if you feel like splashing out, indulge in a treatment at the opulent Karlovy Vary hot springs spa.

Blessed with gorgeous national parks, and peppered with an array of fairytale Gothic castles, the Czech Republic also caters for the outdoor-type. Rock-climbing, skiing and trekking are all on the agenda, with hearty dishes and world famous beers waiting to warm you on your return.

For centuries war and imperial domination have swept through the ancient territories of Bohemia and Moravia. Events in Czech history have had a Europe-wide impact. Two Habsburg councillors were thrown from a window in a Castle in Prague in 1618 (known as the Defenestration of Prague), an act that sparked the Thirty Years War. Hitler’s 1938 annexation of the Sudetenland (the western borderlands of what was then Czechoslovakia) triggered the final slide towards the Second World War.

The two ‘Golden Ages’ of Czech history were Charles IV’s reign (1346-78), the monarch who founded Prague’s St Vitus Cathedral, built the famous Charles Bridge and established Charles University; and secondly the reign of Rudolf II (1576-1612), who established Prague as the capital of the Habsburg Empire and attracted many great artists, scholars and scientists to his court. Bohemia and Moravia was ruled by the Habsburg dynasty for four centuries.

Czechoslovakia, created after the fall of the Habsburg Empire in 1918, was occupied by the Nazis in 1938 and fell to a communist coup in 1948, when Soviet-style political and economic systems were implemented and Czechoslovakia became a firm Soviet ally.

The ‘Prague Spring’ came when a series of liberalising reforms were introduced by the Dubcek government: censorship was relaxed and political prisoners released. Following the Soviet invasion of 1968, however, Dubcek and his allies were deposed in favour of Gustav Husak, and for the next two decades, Czechoslovakia barely deviated from the Soviet line.

The Velvet Revolution – the bloodless overthrow of the communist regime – finally occurred in 1989. This was followed by the so-called Velvet Divorce of 1993, when Czechoslovakia split into separate Czech and Slovak republics, the former led by playwright and former political prisoner Václav Havel, whose term in office lasted until 2003. The Czech Republic joined the European Union in 2004.