Top tip: Take no food to the monkey temples 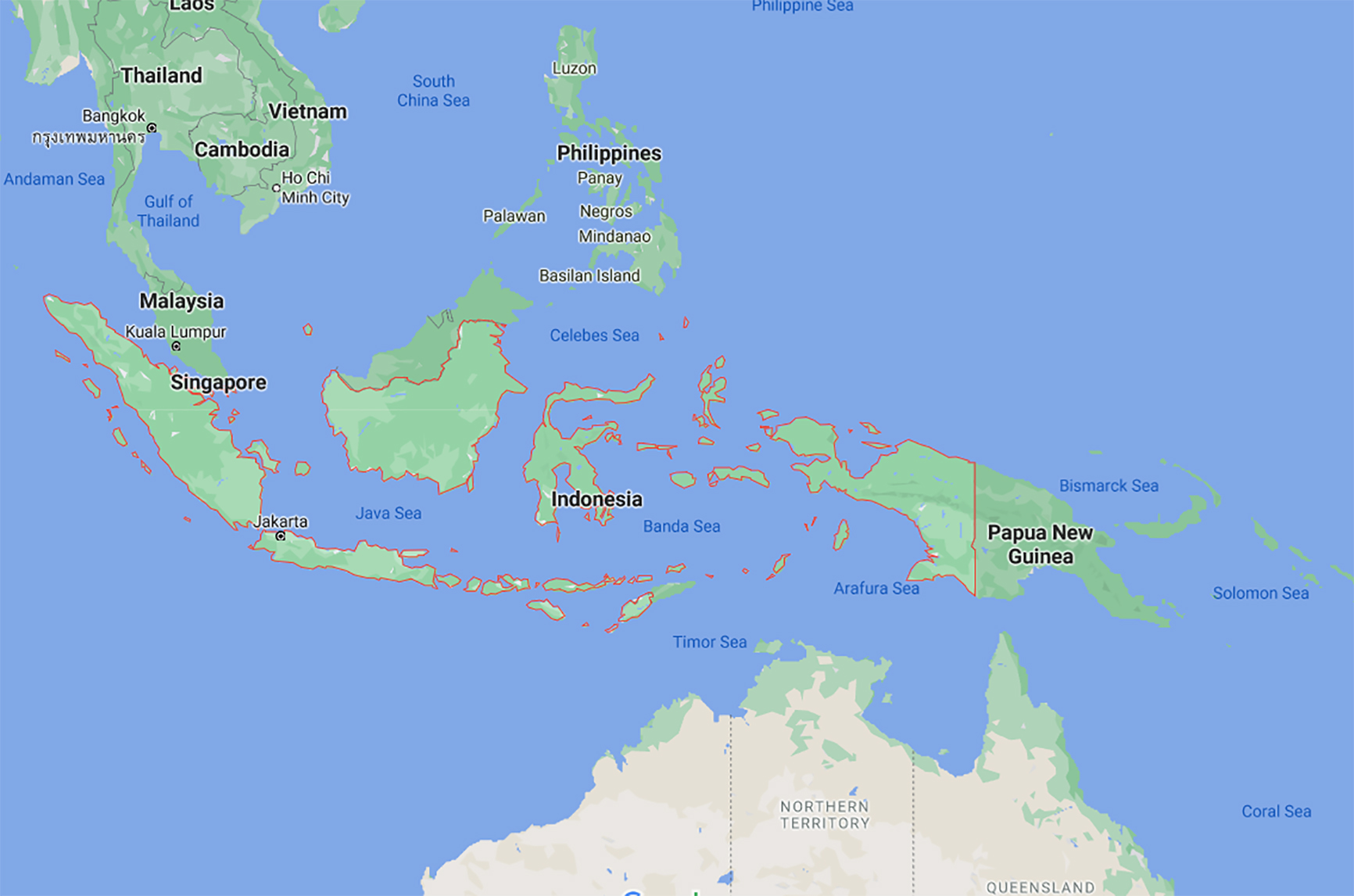 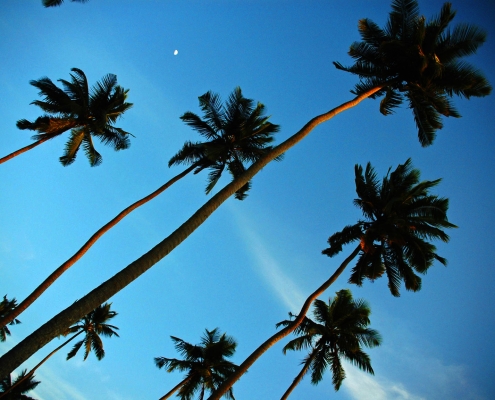 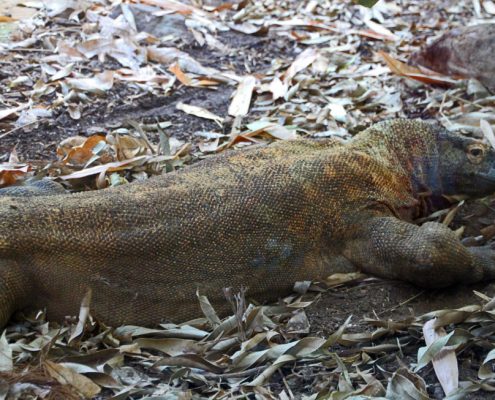 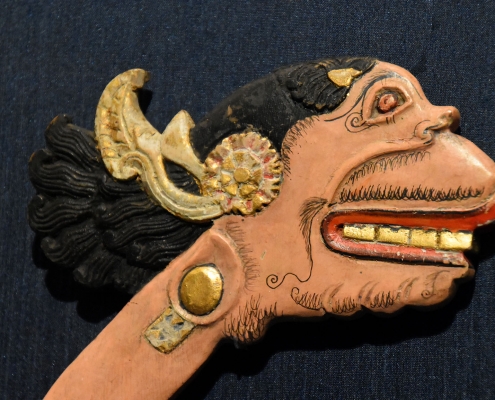 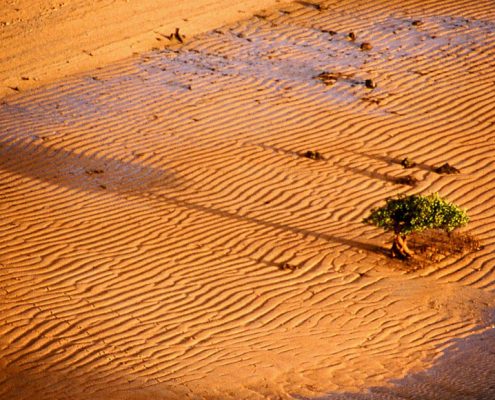 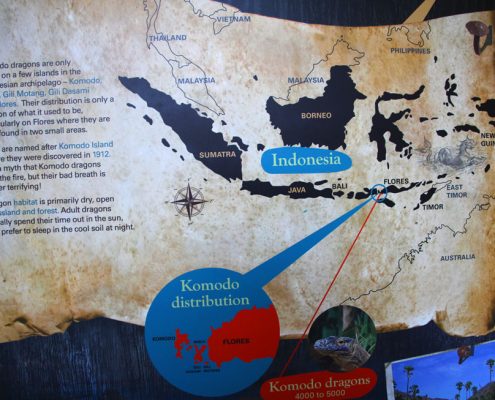 Indonesia is a long chain of tropical islands. It is comprised of six main islands, namely Sumatra, Java, Sulawesi, Bali, Kalimantan (part of the island of Borneo) and Irian Jaya (the western half of New Guinea) and 30 smaller archipelagos – in total 13,677 islands.

Bali, also known as the ‘Island of the Gods’, has a majestic combination of volcanic lakes, banana and palm groves, sandy black and white beaches, bright green terraced hillsides, jungles and ever-present wildlife. And that’s only above ground – dip your head below the turquoise waters and you’ll also find a startling array of colourful aquatic life. Popular islands Bali’s and Lombok’s beaches are famous for their fantastic surf, whilst much of the archipelago’s territory remains unexplored, making it one of the last intrepid destinations left on the planet.

In Bali, Ubud, in the hills north of Denpasar, is cooler and quieter than down on the coast and is the ideal place to really get a feel for Balinese art and culture. Another interesting island is Lombok, with a fascinatingly diverse landscape and home to one of the highest volcanic mountains in the Indonesian archipelago.

The nearby Gilis, made up of three small islands, offer some of the most relaxed and outstanding white sand beaches, classic coral and some excellent snorkelling and diving.


Central Java is the most ‘Indonesian’ part of Indonesia and the centre for much of the island’s early Buddhist and Hindu culture. Yogyakarta is Java’s cultural centre, a relaxed town with an interesting market area amongst a twisting maze of streets and alleys. One of the most famous products from Yogyakarta is Batik, cloth that is patterned using a traditional dyeing technique.

Borobudor is without doubt one of South East Asia’s most majestic Buddhist temples. Probably the largest Buddhist sanctuary in the world it contains over 3 miles of relief carvings. Prambanan, built in the 9th century AD (fifty years after Borobudur) is Java’s largest and most spectacular Hindu temple complex with 240 separate temple ruins. Mount Bromo is one of Java’s most exciting active volcanoes. Climbing up to the crater rim you will have outstanding views across to the surrounding steep walled crater rim and nearby volcanoes

Independent Indonesia was founded in the 1950s – a somewhat unwieldy and autonomous collection of kingdoms and sultanates.

After years of Dutch colonial rule, the Japanese Imperial Army marched into the capital Batavia on 5 March 1942, carrying the red and white Indonesian flag alongside that of the Japanese rising sun. The city’s name was changed to Jakarta, Europeans were arrested and all signs of the former Dutch masters eliminated.

Though the Japanese were greeted as liberators, public opinion turned against them as the war wore on and Indonesians were expected to endure more hardships for the war effort. The Japanese gained a reputation as cruel masters, but they also gave Indonesians more responsibility and – for the first time – participation in government. On 17 August 1945, with tacit Japanese backing, the Republic of Indonesia was declared independent.

However the Netherlands refused to accept the decision and it soon became clear that independence would have to be fought for. The battle for independence wavered between warfare and diplomacy. In February 1948 the Dutch launched another full-scale attack on the Republicans, breaking a UN agreement and turning world opinion against them. Under pressure from the USA, which threatened to withdraw its postwar aid to the Netherlands, and amid the growing realisation at home that this was an unwinnable war, the Dutch negotiated for independence. On 27 December 1949 the Indonesian flag was raised at Jakarta’s Istana Merdeka (Freedom Palace) as power was officially handed over.

Independent Indonesia was a large and very unwieldy collection of kingdoms and sultanates. With the Dutch finally gone, divisions in Indonesian society began to appear, and the sorry state of the conflict-battered economy became clear. The population was increasing but food production was low and the export economy was damaged, as many plantations had been destroyed during the war. Illiteracy was high and there was a dearth of skilled workers. Inflation was chronic and smuggling was costing the government badly needed foreign currency.

A rapid turnover of coalition governments ensued: 17 cabinets over 13 years. In February 1957, with military support, ‘guided democracy’ was proclaimed, with a cabinet representing all the political parties of importance. For the next 40 years, Western-style, party-based democracy was finished in Indonesia, though the parties were not abolished. In 1960 the elected parliament was dissolved and replaced by a parliament appointed by, and subject to the will of, the president, Soekarno. He had set Indonesia on a course of stormy nationalism Despite achieving national unity, Soekarno could not create a viable economic system to lift Indonesia out of poverty.

After an attempted coup in 1965, a counter operation by General Soeharto allowed him to entrench himself as the new leader, cutting Soekarno adrift in 1967. Soeharto was ‘elected’ president in March 1968 by the People’s Consultative Congress, which had had many of its old members killed, only to be replaced with newly appointed Soeharto supporters.

After a long and brutal time in office, General Suharto was finally forced to resign in 1998 after decades of tight-fisted control of the country, inspired by a desire to keep the country united. He had resorted to crushing dissent, keeping a close eye on political activity, and censorship of the media.

In 2004, Indonesia’s first-ever direct presidential elections saw Megawati Sukarnoputri replaced by the new president, Susilo Bambang Yudhoyono, who still presides over the country, having been re-elected in 2009. The president has identified the fight against terrorism as a key challenge, although thankfully the expected upsurge in Islamic radicalism, after terrorist bombings in Bali and Jakarta in 2002 to 2005, never materialised.

Today, Indonesia is enjoying a period of stability and relative prosperity with the country having ducked the worst of the recent global economic crisis. Independence issues in Aceh (greatly improved since the 2005 peace deal) and Papua, natural disasters, such as frequent earthquakes, and potential terrorist activity all remain challenges for the government.