Top tip: You must walk to the Monastery 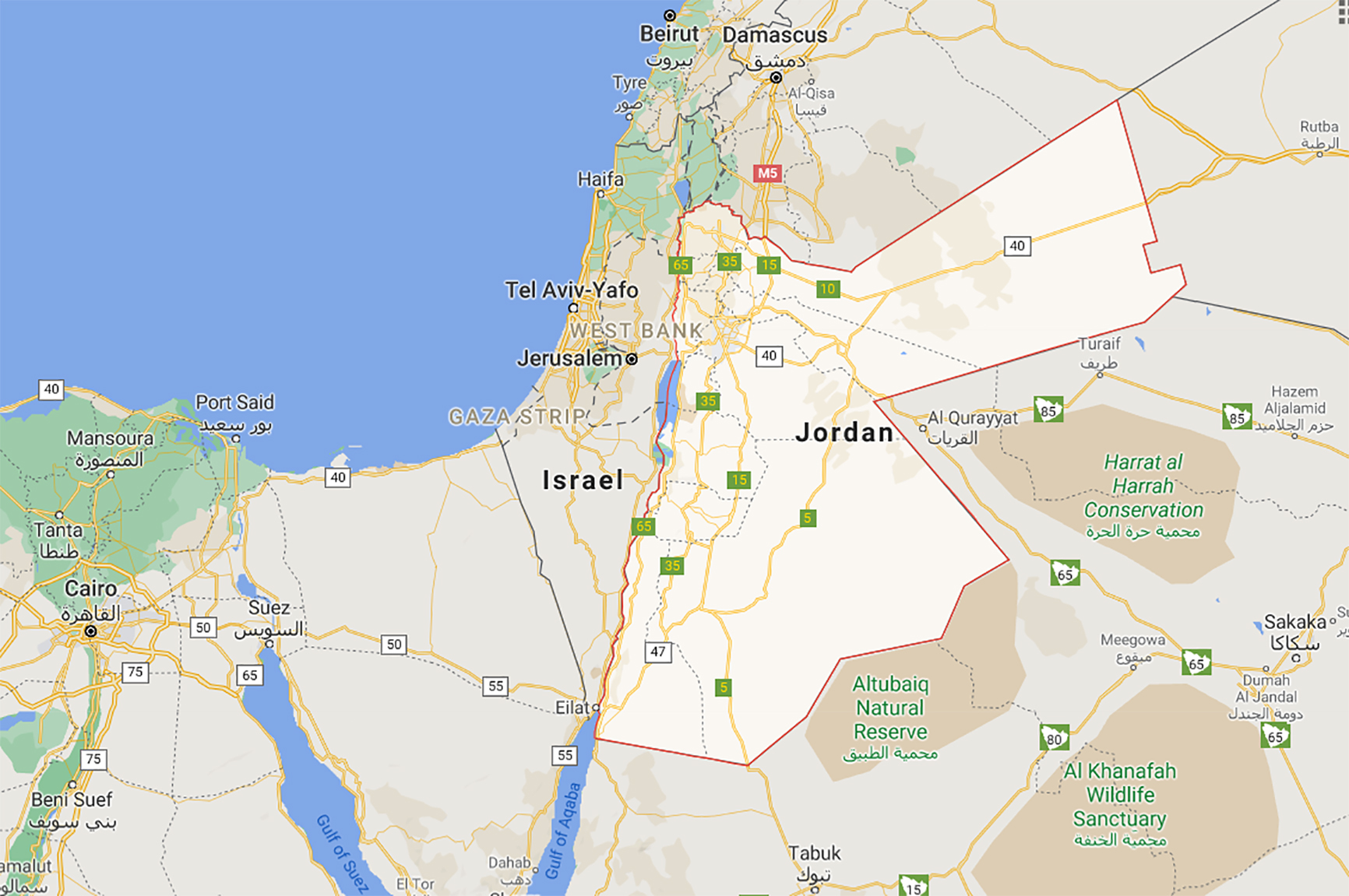 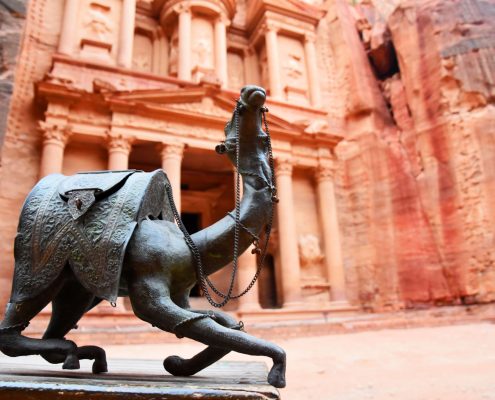 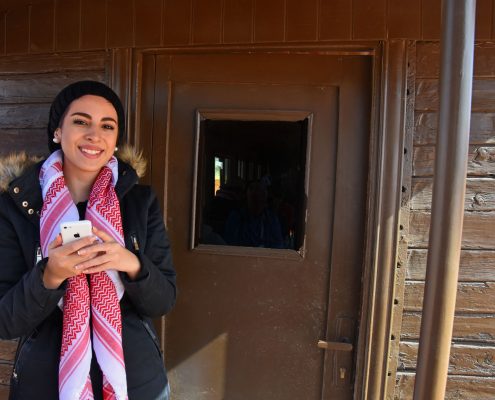 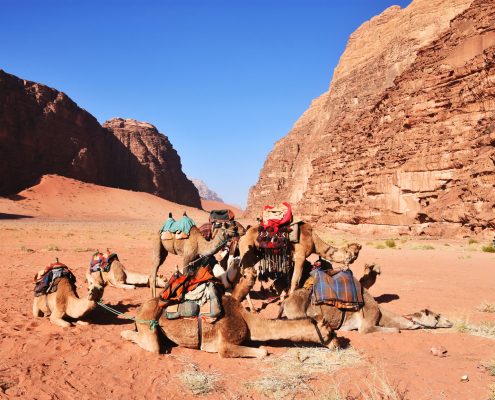 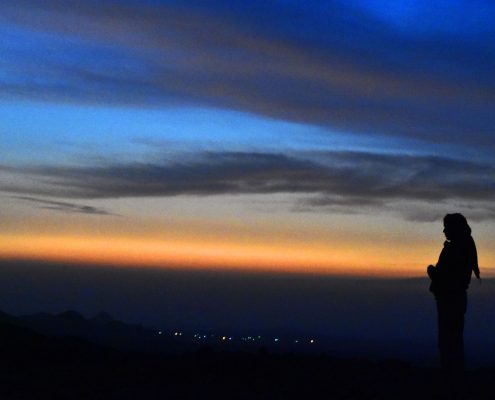 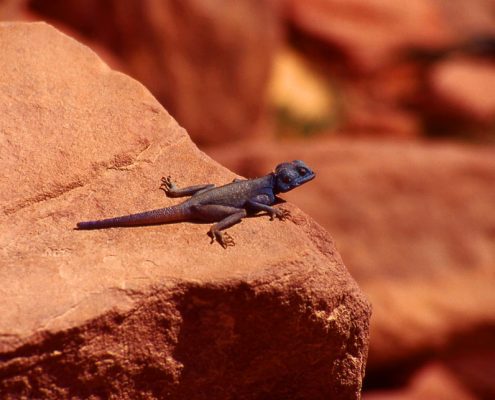 Jordan’s area of 38,000 sq. miles, shares international boarders with Israel, Syria, Iraq and Saudi Arabia. To the Northeast is the Dead Sea, the lowest point on earth at 400m below sea level, and to the Southwest is the Gulf of Aqaba on the Red Sea. The capital city of Amman is the main cultural and economic centre of the country. To the west of the country is the fertile River Jordan valley, with the East being mainly desert.

Jordan’s capital city of Amman is a bustling modern city, which has managed to retain its old world charm. One of the highlights of this city is to visit the Roman amphitheatre built in the 2nd century AD. The National Archaeological Museum, the Citadel, and an ancient temple dedicated to Hercules are other places of interest. There are many other sites not to be missed to the north and south of Amman – Jerash and Umm Qais, beautifully preserved Graeco-Roman cities, the King’s Highway dotted with places of interest including Mount Nebo from where Moses saw the Promised Land and Kerak, a beautiful medieval town with a castle surrounded by the high walls of the old Crusader town.

The Dead Sea is easily accessible from Amman – spend an afternoon floating in its salty waters, more than 400m below sea level. But it is 2000 year old Petra, the ‘Rose Red City’ which dominates any visit to Jordan – one of the wonders of the Middle-Eastern world and recently voted one of the New Seven Wonders of the World. From Petra it is worth visiting Wadi Rum, a fort built to defend a deep wide valley in the rugged desert wilderness on an escarpment plain. Aqaba, on the Gulf of Aqaba has good beaches and excellent water sport facilities including superb diving and snorkelling, windsurfing, sailing and fishing.

Jordan has been a major site of civilisation throughout recorded history, from Alexander the Great to the Nabataeans, followed by the Roman Empire, the Crusaders and finally the Ottomans, with each people leaving their mark on this fascinating country. With coral reefs, red desert sands, abundant Biblical sites and of course the unendingly still Dead Sea, Jordan is remarkably diverse.

Freshly made local yoghurt, Friday prayer day, desert sunsets and Bedouin tents under the stars are only a handful of reasons why Jordan is one of the Middle East’s most worthwhile destinations.

The mood of the Arab Spring, like everywhere else in the Arab world, has been growing in Jordan. Most political parties boycotted the most recent parliamentary poll in November 1997 and the only officially represented political party is the small Ba’ath party. The National Assembly remains, as previously, dominated by supporters of the King. There is also a significant Islamist bloc although it is not formally organised.

The Israel-Palestine conflict re-emerged as a major issue for Jordanian politics in 1987. This led, in July the following year, to a surprise decision by Hussein to cede the residual Jordanian interest in the internal affairs of the occupied West Bank (importantly, the financing of public services). Then in 1990, another of Jordan’s neighbours, Iraq, became the cause of major problems for the Jordanians when Saddam Hussein invaded Kuwait.

The 1991 Gulf War proved a political and economic disaster for Jordan. For a long time friendly to and economically dependent on both the US and Iraq and, Jordan was forced into an unwelcome choice. Inevitably, Jordan lost out on both sides by failing to give wholehearted support for the US-led coalition which defeated the Iraqis, and by accepting large numbers of Iraqi refugees. During the rest of the 1990s, Jordan suffered badly from the UN sanctions imposed upon Baghdad and so has benefited considerably from the gradual lessening of sanctions.

The Iraqi situation also pushed King Hussein into a peace agreement with Israel in 1991, allowing for security and economic cooperation. Since 2000, and the second Palestinian Intifada, or uprising, this agreement has come under serious strain.

By this time, King Hussein’s health had long been deteriorating, and he died of cancer in February 1999. Although his brother was the heir apparent, the King decided before his death that one of his sons, Prince Abdullah, would take over the throne. During his first year in office, Abdullah adopted a more populist style than his father but by and large policies have been consistent. A new Prime Minister, Ali Abu al-Ragheb, took office during 2000 at the head of a government composed of independents and members of the main Islamic bloc.

On 14 January 2011, as part of the ‘Arab Spring’, protests commenced in the capital city, Amman, as well as in Ma’an, Al Karak, Salt and Irbid, among other cities. The protesters demanded the government of Prime Minister Samir Rifai to step down, and denounced government economic policies. The Royal Palace soon announced that King Abdullah had dismissed the government in response to protests, and had asked Marouf al-Bakhit, a former army general, to form a new Cabinet, who declared he would put Jordan on a path to democracy. The unrest was not quashed, however, and clashes and belated police interventions became a hallmark of the Jordanian protests, which remain ongoing, as the world’s attention focuses ever more sharply on the Middle East.