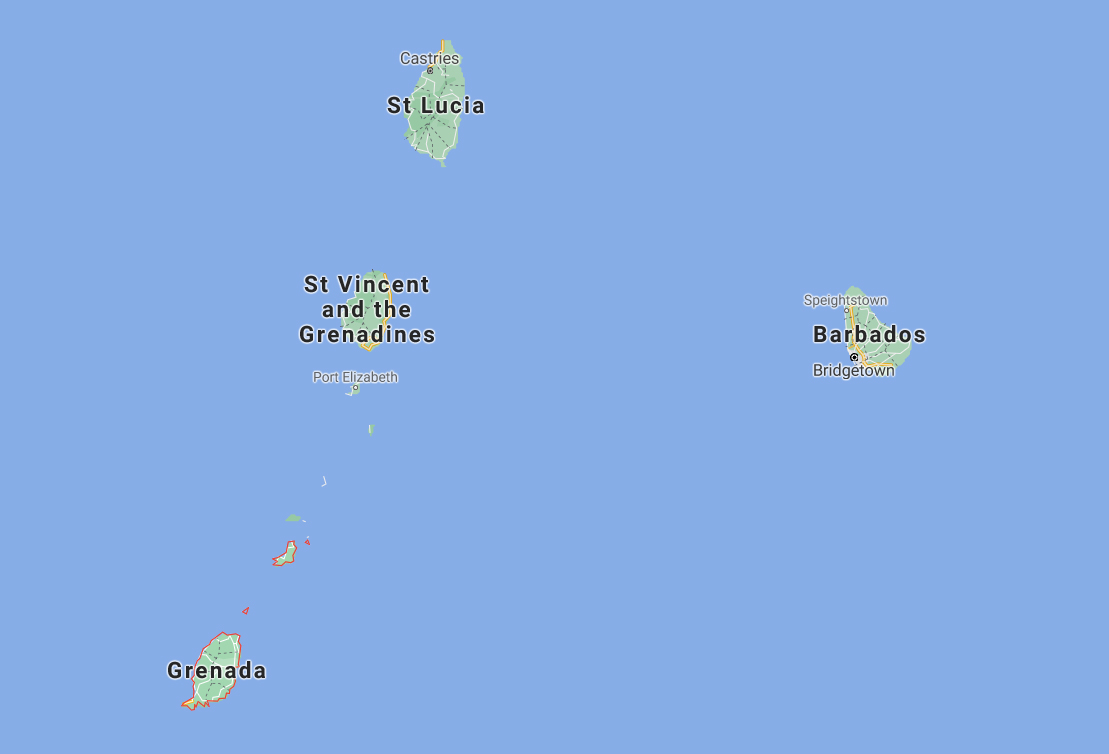 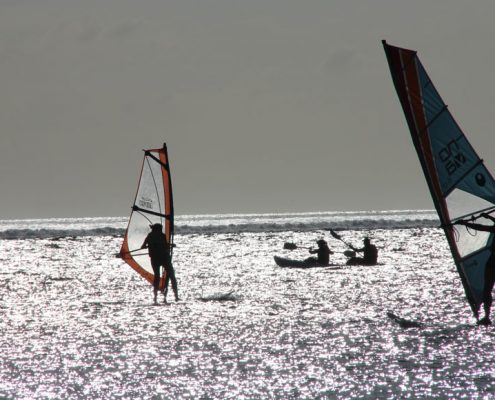 Located in the heart of the Caribbean, Grenada is the most southerly of the Windward Islands. The island is of volcanic origin with a central line of mountains dominating the inland areas, and with extremely rich soil. Grenada’s interior is very mountainous with Mount St. Catherine being the highest at 840 m. Several small rivers with beautiful waterfalls flow into the sea from these mountains. The climate is tropical: hot and humid in the rainy season and cooled by the trade winds in the dry season. Grenada is on the southern edge of the hurricane belt.

St George, the island’s capital is set in a picturesque inner harbour with 18th century warehouses and nearby restaurants. Built in 1705 by the French, Fort St George is worth a visit, as are the botanical gardens. Sauteurs (Morne des Sauteurs) is the sight where the Caribs threw themselves to their death in 1650. Carriacou, the ‘Grenadines of Grenada’, is one of the island’s most superb yachting areas. Don’t miss the Annandale Falls, a stunning 50 ft cascade. Grand Etang is a stunning 13 acre bright blue lake in the crater of an extinct volcano. An interesting area in the north called the Spice Country has an attractive selection of fishing villages en route. Visit the red roofed settlement of Gouyave and its factory where spices are arranged, dried and milled. Levera Bay & Grande Anse are arguably Grenada’s best beaches.

Covering a 133 square mile area Grenada has a colourful, yet stormy, history. The first recorded inhabitants of Grenada were the Arawak – a peaceful people who were over run by the cannibalistic Caribs before the 1300s. The Caribs controlled the island, rebuffing early European settlers in 1609. Forty one years later the French defeated them, the last Caribs preferring to jump off the Sauteurs (Morne des Sauteurs) to their deaths rather than be taken prisoner. The island remained under French control until the British took control in 1783. The island played an important part in the slave trade as a stop off point between Africa and the plantations in the West Indies. The emancipation of slaves, timed with the down fall of the major plantations, saw the locals rely on their own small holdings, fishing and local light industrial set ups.

Grenada gained Independence in 1974 after twenty years of unrest funnelled through the local trade union organisations, fronted by the ex-teacher Eric Gairy who subsequently dominated local politics by winning three elections in a row. Gairy was disposed of in a bloodless coup as his system began to falter toward rampant corruption and an increasing authoritarian trend. The New JEWEL Movement (NJM), run by a young group of ‘left wingers’ led by Maurice Bishop took control in 1979. The United States soon exuded their ‘reds under the bed’ paranoia with fears that Grenada was to become another Cuba – military exercises were stepped up in the early eighties and a propaganda war was set up against the NJM. The island’s politics took on this external pressure without any choice – both the NJM and GULP (Grenada United Labour Party, lead by Sir Eric Gairy) were internally split as to how to deal with the United States pressure. A new NNP Party (New National Party) was formed under the Regan administration’s guidance. However, the election on 13th March, 1990, saw the NDC (National Democratic Congress – combining an amalgamation of opposition parties) take control under the leadership of Nicholas Braithwaite.

Grenada suffered serious economic repercussions following the destruction caused by Hurricane Ivan. Before Ivan, the economy of Grenada was projected to grow by 4.7%, but the island’s economy instead contracted by nearly 3% in 2004. More than US$150 million was sent to Grenada in 2004 to aid reconstruction following Ivan, and for a long time the economic situation remained fragile.